Identity versus global politics: Euroscepticism in Croatia and Serbia

Euroscepticism manifests itself in different ways in the Balkans. Why? Vassilis Petsinis argues that grasping the variations between attitudes in different Balkan nations helps explain Serbia’s long and complex EU accession process

Euroscepticism emanating from the protection of minorities

In Croatia, there is a hard-right faction in the ruling centre-right Croatian Democratic Union (HDZ), which holds socially conservative views on minority and gender issues. Throughout 2018 it spearheaded a proposal – eventually rejected – for a referendum to amend Article 72 of the country's Constitution. Its proposal aimed to reduce the number of ethnic Serb minority representatives in parliament from three to one. The proposal was also a means for HDZ to express its discontent over the EU's improvement of minority rights.

Croatian elections in July 2020 saw significant success for the right-wing populist Homeland Movement party, Domovinski Pokret (DP). Its success demonstrates the appeal of political actors who object to minority rights legislation, and who are gently Eurosceptic. The EU was pressing Croatia to adopt a fixed number of ethnic minority deputies in its parliament during the accession period. DP has voiced strong opposition.

By contrast, Euroscepticism in Serbia is not interwoven with a conflict over minority rights. Serbia is enjoying improved relations with Hungary, a normalisation of relations with Croatia, and cooperation between its ruling Serbian Progressive Party (SNS) and the Alliance of Hungarians in Vojvodina (VMSZ). All this is testament to diminishing conflict in Serbia’s most ethnically diverse region, Vojvodina.

SNS Eurosceptics do not, therefore, conflate EU criticism with minority issues. Instead, the party's manifesto states that:

Participation in NATO and the EU is the strongest argument in favour of Croatia’s EU membership. Correspondingly, Eurosceptic narratives in Croatia tend not to comprise a geopolitical dimension.

In Serbian Euroscepticism, on the other hand, geopolitics is an integral component. The SNS-led government legitimises EU accession through references to the Serb diaspora in Central and North-western Europe. It also refers to the ‘remittances factor’, and to economic cooperation between Serbia and EU member states Germany, Austria, and Italy. On the country's stance on Kosovo, however, Russia remains Serbia’s staunchest ally in the UN Security Council. All this has resulted in a soft version of Euroscepticism, with a geopolitical profile.

In Serbia, the EU has been accused of applying double standards, and of bias against Serbian national interests in Kosovo. The Serbian government, meanwhile, regularly expresses gratitude to its ally Russia. Serbian President Vučić has praised Vladimir Putin for his stance on Kosovo. Yet he charges the EU with ‘double standards and hypocrisy’ in interviews with Russian-based outlets.

Amid the pandemic, SNS found another opportunity to practise its ‘situationally adaptive’ Eurosceptic rhetoric, accusing the EU of not responding to Serbia’s hardships. China, meanwhile,  was praised for its supply of medical aid. China's popularity among Serbian stakeholders and the public subsequently skyrocketed.

Euroscepticism in Croatia is linked mainly to the protection of rights for minorities such as LGBTQI people. In Croatia, there exists a pact between clergy and the political establishment, as prescribed in a Contract with the Vatican. It's a pact that helps explain opposition to LGBTQI rights in Croatia. The HDZ assented to the constitutional referendum on the same-sex marriage ban in 2013. The party also condoned the Church’s opposition to sex education.

Throughout 2018, HDZ's right-wing faction concentrated on opposing ratification of the 2017 Istanbul Convention and its provisions for LGBTQI rights. Most recently, DP defined marriage as 'the union between a man and a woman, as stipulated by the Constitution’. The party also opposes allowing same-sex couples to adopt.

Right-wingers also criticise the Istanbul Convention for its gender-related policies. But HDZ backbenchers and the DP also allude to the external imposition of alien ethical norms on Croatian society. They are calling for the EU to reform by returning to its original ‘European and Christian’ values.

In Serbia, cooperation between the EU and a sequence of governments, including those led by SNS, has resulted in a legal infrastructure to protect LGBTQI rights. In 2017, the openly gay politician Ana Brnabić  was appointed Prime Minister. Her election was also seen as a positive gesture towards Brussels. Gender-related issues are not, therefore, a major component of the narratives propagated by SNS Eurosceptics.

Euroscepticism does not link to immigration

Immigration has been one of the most politicised issues in European countries since the 2015 migration crisis. But immigration does not drive Euroscepticism in either Croatia or Serbia. Allegations have surfaced over the maltreatment of migrants along the Croatian-Bosnian border. Yet Croatian prime minister Andrej Plenković never opposed accommodating refugees in Croatia. Moreover, most refugees and other migrants tend to view Croatia as a transit country. Consequently, HDZ and DP have shown little interest in weaponising the migration crisis in a potential row with Brussels.

immigration does not drive Euroscepticism in either Croatia or Serbia

In Serbia, far-right politicians including former Deputy PM Vojislav Šešelj rushed to name the EU as one of the main culprits for the war in Syria, and for the refugee crisis. Nevertheless, like Croatian PM Plenković, Serbian President Vučić did not resort to anti-migrant rhetoric in his confrontation with Brussels. Instead, he concentrated his discourse on matters of infrastructure. Serbia’s position as a transit country, too, helped mitigate the likelihood of discontent.

So, grievances over immigration don't form a major part of Eurosceptic narratives in either Croatia or Serbia. To understand Serbia’s long and complex EU accession process, we must appreciate fully the delicate geopolitical element. 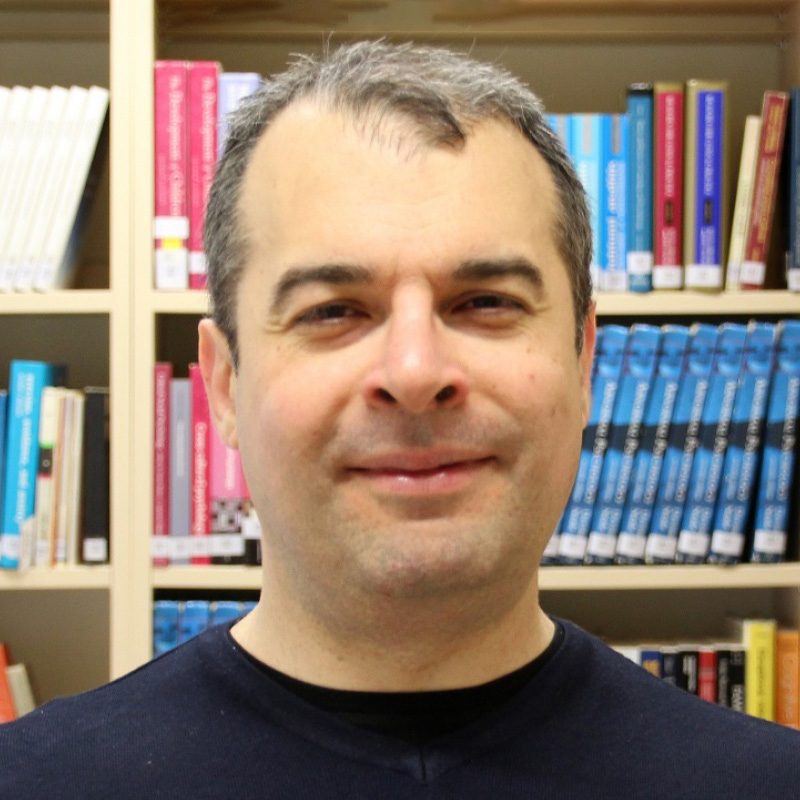 Vassilis is working on the Horizon 2020 POPREBEL international project.

His expertise is in European Politics and Ethnopolitics.

Vassilis has developed a regional specialisation in the countries of Central and Eastern Europe.

He holds a PhD in Russian and East European Studies from the University of Birmingham. 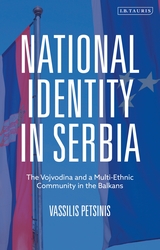 Vassilis is the author of National Identity in Serbia: The Vojvodina and a Multiethnic Community in the Balkans (Bloomsbury and I.B. Tauris Publishing: London, 2020) and various academic publications that cover a range of countries as diverse as Serbia, Croatia, Romania, Hungary, Slovakia, Estonia, Latvia, and Greece.

Identity versus global politics: Euroscepticism in Croatia and Serbia