Stephen Turner argues that for democracy to prevail, we must transform the vague idea of 'the will of the people' into legal procedure. This issue is more important than ever in situations where bureaucracies, such as those of the United States, are suffocating democratic action

Hans Kelsen used the term metamorphosis to describe the transformation of a policy value into the coercive system of law and, further, into the reality of administration. He made the same point about democracy. Similarly, Max Weber, facing the reality of ever-expanding bureaucratisation, was concerned with finding a political counterbalance or control over it.

The effect of the successive metamorphoses from 'democratic deliberation' to administrative action is to add layers of procedural and discretionary protection between 'the people' and the agents of the state. This gives the latter a great deal of autonomy, contrary to basic ideas of democratic control. These issues have a long history in discussions of public administration and constitutional law. Theorising them, however, has not been a major concern of democratic theory.

The idea that the state is an instrument—a black box which we need not open—has prevailed. Much of democratic theorising has concerned itself with articulating an ideal of democracy. In this ideal, democracy is a scalar concept, in which some regimes are more democratic than others. 'More democratic' means more egalitarian and with a state that brings about particular equalising results, for example in well-being.

My new book with George Mazur, Making Democratic Theory Democratic, challenges this scalar conception. The first issue is agency. Each metamorphosis is at the same time an agency relation. Legislators act as agents of the people. Judges who rule on issues related to the control of administrators do, too. Administrators who carry out the law are agents of both. But the key to agency relations is this: the person acting as an agent has different interests from the 'principal;' the person on whose behalf the agent acts.

The principal has an interest in devising mechanisms to assure that the agent acts in accordance with their wishes. And normally in such relations, incentives and controls are devised to make this happen. For Weber, this task should fall to parliament. Parliament should be granted constitutional powers, such as the power of inquiry, to fulfil it.

The wishes of the people, particularly wishes for an extensive state, require administrations that are difficult to control

It turns out that there is a long history of discussion of these issues. Some of this scholarship addresses the evils of actual elective democracy. It supports a preference for 'rational' administrative rule and discretion to serve the true aims of democracy.

Scalar conceptions of democracy, in contrast, have their own paradoxical relation to administration. Some of the most famous defences of bureaucracy emphasise the superior 'rationality' of bureaucrats to justify their discretionary power. We can find examples in the work of Carl Joachim Friedrich and Talcott Parsons. And some approaches to feminist law promote the idea that changes in preferences can be and should be induced by judicial practice. Such approaches argue that we should use judicial discretion to reinterpret the law, and overcome its sexism.

For these thinkers, the layers of protection between the agents who carry out the law and the people whose representatives enact it are a means of protecting those who are fulfilling the promise of democracy. This kind of claim points directly to a key theoretical problem, which surrounded Kelsen’s travails. Among Kelsen's opponents in the United States were Carl Friedrich and Lon L. Fuller. Both these scholars argued for some idea of the intrinsic aims of the law or of 'democratic institutions' which lay beyond democratic control itself and needed to be defended against popular control.

The issue becomes clear with the notion of the rule of law. Either it is, as Kelsen thought, a purely formal idea, such that the rule of law was simply obedience to the law as written and as legally enacted, with no specific content. Or, it was something with a list of specific contents potentially in conflict with what voters might vote for. The situation is similar for democratic institutions. Either they are the institutions that are selected in accordance with the legal methods of representation of the democracy in question, which would mean that their content and character were determined by these means, or there was some hidden standard of true democracy accessible to the democratic theorist.

Let's say we grant the people the task of defining democracy in the way they want it defined, according to the legal means of acting to determine the law. We may, and doubtless will, produce a 'democracy' unlike the democratic ideal of the theorist. But if we reject their ability to define democracy, we are, necessarily, rejecting democracy itself.

Kelsen took the first horn of this dilemma. For him, what counted as democracy was the people’s business. He hoped and expected that the people would choose freedom and legal order, and serve as the best protection against autocracy. Scalar conceptions are forced onto the other horn: of insisting that people have false consciousness about their desires, or the nature of democracy, and need to be led to be democratic.

Consequently, we require an alternative, de-ideologised or deflationary account of both democracy and the rule of law. This account is consistent with returning democratic theory to the people and to democratic contention. Translating the fundamental problems of democracy into agency terms avoids the metaphysics of representation. It also gets around such problematic concepts as the common good, and shows how a de-ideologised view of democracy would conceptualise the problems of metamorphosis produced by the extensive administrative state.

No.79 in a Loop thread on the science of democracy. Look out for the 🦋 to read more in our series 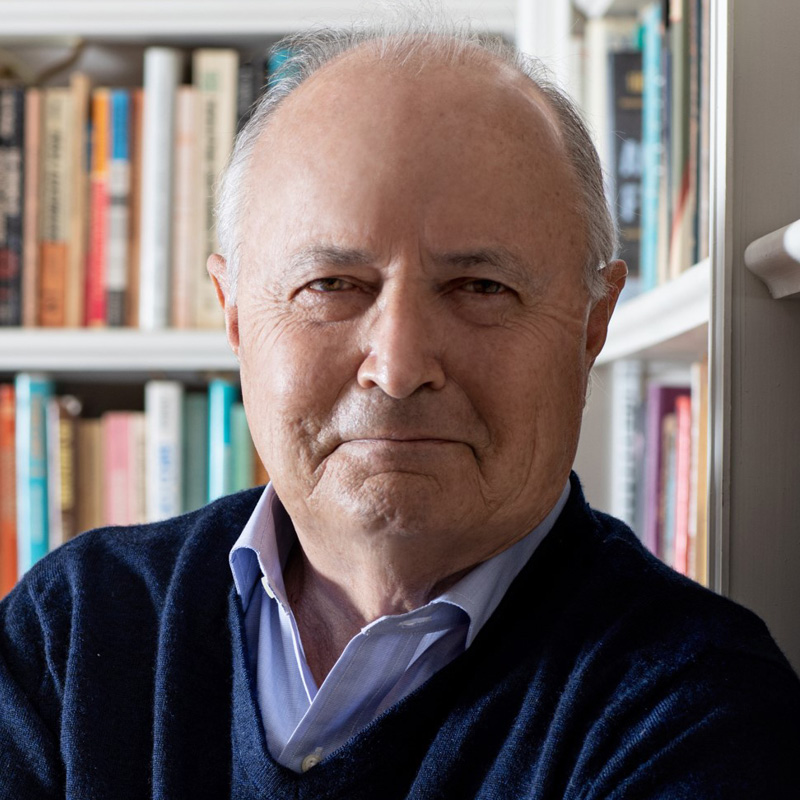 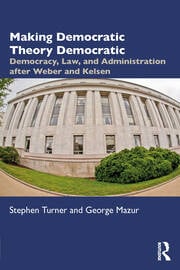 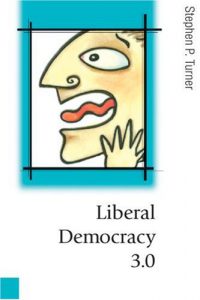 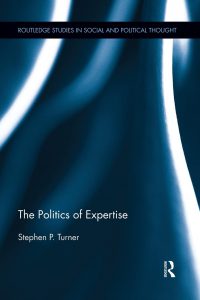 The Politics of Expertise
(Routledge, 2013)

Stephen has written extensively on Max Weber, especially on politics, with the late Regis Factor in Max Weber and the Dispute Over Reason and Value: A Study in Philosophy, Ethics, and Politics (Routledge, 1984), and in Max Weber: The Lawyer as Social Thinker (Routledge, 1994).

He edited the Cambridge Companion to Weber (CUP, 2000).