🦋 Democracy as a way of living

Sonia Bussu argues that the way we understand democracy has been colonised by ‘liberal democracy’ and capitalism. As a result, democracy is far removed from our daily lives. We need to free ourselves from these constraints to see the possible alternatives. These are embodied in democracy as a way of living

As a former student of linguistics, I have always been interested in how language shapes how we think, filtering the way we understand the society we live in. The way we speak about democracy has been colonised by the jargon of liberal democracy. This, of course, is a comparatively recent Western and White-centric development of democracy. As a result, the public’s psyche has been primed to equal democracy with voting in elections and a series of institutions based on division of power and mechanisms of checks and balances that help carry out the business of governing.

Political science mainly looks at different configurations, actors, processes of this narrow conception of democracy, across different contexts. We give much thought to the impact of tweaks to different electoral systems and constitutional reforms. The result in most cases is the same deepening mutual distrust between citizens and their representatives.

All other conceptualisations of democracy that attempt to expand it beyond this narrow understanding need a qualifier to distinguish them from the ‘real thing’. Moreover, elites as well as the public often perceive them as ancillary at best, altogether irrelevant at worst.

Capitalism is the political economy of choice to prop up liberal democracy. Equally, it is perceived as the only possible way of organising our economies. This in itself tells us how powerful and ingrained this rhetoric is.

By linking democracy to capitalism, liberal democracy has succeeded in containing any serious challenge to the status quo. This leaves us to deal with the unsolvable question of how to reconcile political equality – to which democracy in its purest sense should amount – with economic inequality. Such inequality is intrinsic to a capitalist system.

Lack of socio-economic rights often renders us unable to fully realise the civil rights that liberal democracy, on paper, protects. Yet our limited democratic vocabulary constrains our imagination to explore alternatives. In many contexts, we can at most whisper, apologetically, of words such as socialism and communism.

That’s why I see Gagnon’s endeavour to develop a lexicon of democracy as an opportunity to gain perspective, and to contextualise and historicise the global dominance of one form of Western-centric democracy and the political economy underpinning it. In this worldview, there are no alternatives to it other than various manifestations of illiberal regimes. This project stretches the horizon of our democratic imagination.

When we say democracy, we think about political institutions far removed from our day-to-day life. These, we assume, with colonial arrogance, we could easily transpose to different contexts with limited attention to local cultures and ways of living.

The field of participatory and deliberative democracy is also complicit. It applies the same elite-led approach in the promotion and diffusion of its own institutions, such as participatory budgeting or randomly-selected mini-publics.

Instead, enriching our vocabulary to describe democracies beyond the Political with a capital P can help us pay attention to other dimensions. In ‘DEMOCRACY THERAPY – Democratic treatments for our authoritarian lives’ (delivered at APSA) Gagnon notes that:

‘we are born and forced into systems that trammel our independence, our exercise of liberty and freedom; there are parents, teachers, managers, committees, nurses, doctors, wardens, commanders, who order us, boss us, train us in compliance, demand grateful servitude, who can and do use us for economic gain, who can and do abuse us and frighten us, who can and do by their often ignorant participation in structured oppression squeeze the passion out from our spirit in their demand for conformity to the orthodoxy, to the authoritarian order of things. […] The promise of democracy does not, in short, translate to our common and everyday experience of social life’.

Few of us actually experience a fully democratic life or develop democratic capacities. We are conditioned to accept hierarchies of power and oppression from an early age.

The vocabulary of democracy

Expanding our vocabulary of democracy is a starting point. From here, we can explore the different and interrelated dimensions of democratic life – the political, the economic, the societal, the familial – to open up space for more radical change. Within societies that are increasingly individualistic and atomised, teaching young children democratic capacities, such as agency, empathy, and feeling part of a community, can have more far-reaching impact than a change in government or an electoral reform.

Within our increasingly individualistic and atomised societies, we might see far greater impact from teaching young children democratic capacities than from an electoral reform

For example, how many of us deliver lectures on deliberative democracy in a genuinely participatory higher education environment? Fostering democratic capacities among students can help build autonomous zones of resistance against the neoliberal university. When education becomes the practice of freedom, and students are taught to transgress against racial, sexual, and class boundaries, we might also start seeing democratic shifts towards participation as they move into the workplace or back into their multigenerational home.

Research can also have revolutionary scope to democratise the process of knowledge production. To do so, it can include marginalised perspectives that help question the accepted paradigms and cultural hegemonies informing oppressive practices. By using the arts and supporting creative spaces of democracy grounded in communities, rather than confining democracy to sanitised institutional spaces, we create opportunities for building relationships, developing ownership and empowering people to explore different ways to think and do. These are key tenets of democracy.

Democracy as a way of living

Democracy is a relational and situated process. There is no limit to practices of democratic living we can (re)invent together. Imagine a care-full democracy, based on mutual care rather than competition.

We need a bigger lexicon to recognise democratic practices, study them, and foster new ones. So let’s delve into Gagnon’s databases and free our democratic imagination!

Number 65 in a Loop thread on the science of democracy. Look out for the 🦋 to read more in our series 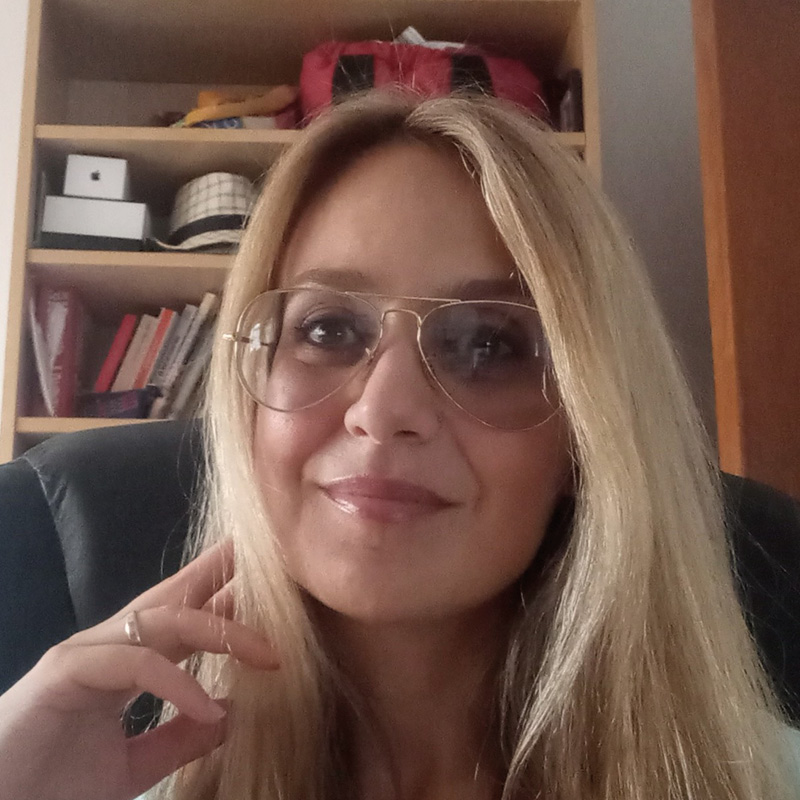 Sonia is the lead editor of a Symposium on ‘Embedding Participatory Governance’ in Critical Policy Studies and has published extensively on co-production and participatory governance.

🦋 Democracy as a way of living