🦋 Democracy’s total texture and the search for its narrative truth

Simone Belko invites us to imagine research into democracy as an 'artful science'. Without mediation by experts or representatives, but only through open civic intelligence, can we together determine the total texture of democracy from the bottom up. This self-referential poetics has the potential to define democracy in still untold ways

When Jean-Paul Gagnon asks, what is democracy’s 'total texture', he raises the question of scientific truth. The polymath Goethe posed this very question over the value of modern natural science. He foresaw that a science in which the concepts of correctness and truth have separated, is somehow void. It is no longer illuminated by the one true good. Rather, it tries to make hell more pleasant, as Heisenberg once put it.

In hell there is no democracy

Goethe’s path did not follow the modern natural science based on Newton, which gained a foothold everywhere during his lifetime. Against a one-sided causal logic, he posited his multi-layered aesthetics, which understands art, philosophy and science as the expression of both an immanent and imminent life force. Polarity, contradiction and ambiguity for him were all part of the same humanity. Therefore, he concluded, we should embrace them.

A 'scientific democracy' is a pact with the Devil

For Goethe, the decisive factor in cognition is the original subjective observation. It is 'the abstraction we are afraid of'. We should not replace contemplation (Anschauung) with abstract thinking. The evil in modern natural sciences is that instruments and mathematical ciphers separate experiments from humans. Following Heisenberg’s reading of Goethe, it is the insatiable urge for ever deeper and more abstract knowledge that drives the disappointed physicist Faust. This leads Faust to make a pact with the devil.

We cannot consolidate freedom and equality as eternal concepts through ever greater regulation. To find truth, we must go back to basics

How to avoid the devil? I think, instead of falling back into collective utopias we need to focus on critical rationalism and autonomy within the community. We must take into account the unique creative power for change in each individual. In terms of politics, this means we cannot consolidate freedom and equality as eternal concepts through ever more regulation. To find truth, we have to go back to the basics: democracy as origin and revolution.

Collecting 'linguistic artefacts' to show democracy's total texture, as Jean-Paul Gagnon proposes, seems to me a brilliant beginning. Postmodernist theory would ask: How is democracy anchored in the 'plane of consistency of multiplicities' that outlines the map of knowledge? Looking at the 'data mountains' and their many plateaux, we can see discourses evolving. How can we navigate clearly and easily through these 'epistemic alps' without distorting the artefacts’ value by abstractions?

Democracy is progressive; it changes over time. Following not only its spatial becoming, but the temporal dynamisation of its different concepts, we see it evolving inside the Anthropos – the world community. Today’s world is different from the twentieth century’s world of mass media. The internet and social media have rendered the public sphere more heterogeneous. In the past, those in the bourgeois middle class conveyed their views monologically. Now, views from different social and cultural camps challenge them constantly. A familiarisation of social dialogue has taken place in the open bazaar community.

Analogous to the source code of open software, we can view competing cultural narratives transparently as they develop. Selective media authorities can no longer interpret and present these narratives. The bazaar replaces the cathedral principle. Rather than a top-down hierarchy, different clusters now exist side by side, interacting through self-organisation. The democratic mass public sphere is transforming into a highly fragmented noosphere of echo chambers characterised by fluid transitions.

No longer controlled by selective media authorities, the democratic public sphere has transformed into a series of echo chambers

Identifying concrete narratives that define democracy in the noosphere can help us approach the unfolding of the conceptual field. I understand a narrative as an identity-forming plot that creates value. Narratives exist in a context bubble. These bubbles are environments or references consisting of a constantly changing network of interwoven historical, economic-social, cultural, and psychological structures. The context bubble represents the scientific truth that gives contemporary findings a generally accepted validation.

The shifting frame of representative democracy

So far, so static. How can we describe changes in one narrative, when the community suddenly understands the whole story from a different perspective, which even may result in opposite valuations?

This happens when emphasising and highlighting selected aspects changes the depth of field. Let’s take, for example, 'representative democracy'. In the mid-twentieth century, this was a positive model and the promising story of a just state. Representative democracy guaranteed the balancing of individual interests, and that decisions would be based on a presumed overall will. But over time, the matrix in the context bubble has changed from the dialectic of enlightenment (Adorno and Horkheimer) to a surveillance culture. The narrative reaches a turning point and the media frame, from which the story is told, shifts.

In the mid-twentieth century, representative democracy was a positive model. Over time, it has come to stand for a corrupted state

The community might find that the Leitmotiv of 'free elections' is untrustworthy. Elections are not really free or there is no real choice: people are manipulated by media propaganda, parties do not present political alternatives but are united in non-transparent agendas. Moreover, corporate lobbyists one-sidedly influence elected representatives – the protagonists. So the notion of 'representative democracy' might instead develop a negative image, and come to stand for a corrupted state. The narrative’s context and the moral evaluation now look completely different.

What does this tell us about the truth of democracy? The success of narratives is not determined by their factuality. Rather, they are determined by how far they serve emotional triggers and how much they correspond to the shared understanding of identity.

By generating interaction and belonging through community building, narratives create respect and trust as social capital. Truth in a community becomes the moral its members follow. The peer-community itself is a powerful actor. It can perform checks and balances, and drive towards more objective truth through self-referential poetics.

No.77 in a Loop thread on the science of democracy. Look out for the 🦋 to read more in our series 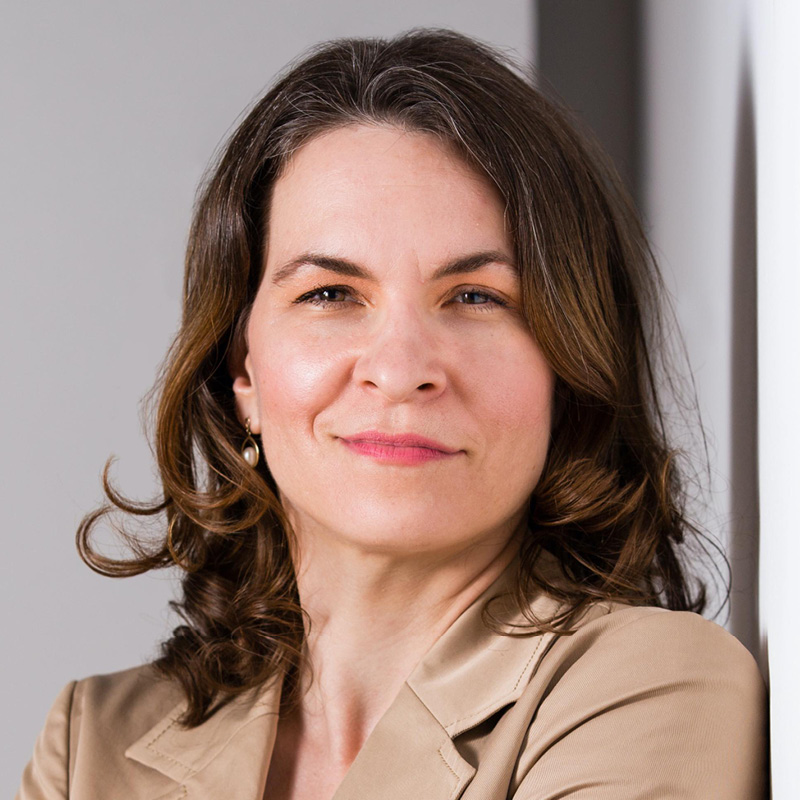 Simone is an author and blogger with an interdisciplinary background in language and media science, European politics, and digitalisation and technology in business.

She is an expert in the field of digitalisation, with wide-ranging experience in the tech start-up scene in Germany.

She is looking for ways to encourage digital literacy and political participation in globalised cyberspace and social media.

As a generalist, Simone is interested in how collective identity is created and changed through community building in Europe.

She focuses on contemporary narratives and how they encourage the shift from top-down social engineering to a democratic bazaar community in the public sphere.

🦋 Democracy’s total texture and the search for its narrative truth