🦋 Towards human flourishing as the purpose of democracy

Ethical democratic practices are informed by understanding human agency, what it means to be human, and how we may flourish as a species alongside non-humans. This, argues Eri Mountbatten-O’Malley, is a useful way to orient ourselves in a dark time for democracy

Human nature and the primacy of ‘agency’

The concept of agency is technical and not used ordinarily outside of academic discussions. Some definitions include the socially constructed capacity to act, the freedom to achieve well-being, the complex dynamic between self and others, and our reasons for acting or expressions of intention.

In these cases there is a common sensitivity to issues of social justice, the potential for the abuse of power, intended or otherwise, and the importance of reason and rationality. In other words, conceptions of agency have a practical and moral bearing on human relationships, specifically regarding relations of power.

Hence, we can make a distinction. On the one hand we have agency as a capacity for human beings to be human beings. On the other, contextual factors limit the exercise of agency. The latter admits of degrees relative to cultural appraisals and allowances, whereas the former generally does not. Consequently, Graham McFee and PMS Hacker, both focusing on this latter aspect, see agency as revolving around the intentional actions of human beings.

From these discussions, two central conceptions emerge. One use of agency is normative insofar as it is contingent on categorial conceptual criteria about our human nature. We are biological beings with complex linguistic powers, desires, wishes, wills. But there is another normative use of agency that pertains to our social nature as moral and legal beings – as persons. The latter is limited in two important ways:

The implications are that if our political aim is human good, we should appeal to aspects of our natures conducive to such conditions of goodness. We should then build democratic institutions around those values. This is a vital activation of our collective agency.

If our political aim is human good, we must build our institutions around ethical values as an expression of our collective agency

Beneficent social and political conditions that allow for ethical agency to be developed must be institutionalised. So must personal conditions fostering the journey of nurturing moral development and character. This takes empathy and action.

The example of youth

For example, why don’t we see young people as citizens in their own right? They may be inexperienced – but do we not all have gaps in our knowledge and understanding, insecurities, irrationalities, etc? This is the very heart of what it means to be a developmental human being. There is no specific point in life at which we suddenly become fit to make reasoned decisions about politics. It is person-specific.

The young are at a particular stage of life. To varying degrees, they are endowed with the same gifts, vices, and virtues that we all have. They have minds, experiences, abilities, attitudes worthy of attention. Their skills and aptitudes could be nurtured beyond our wildest expectations. But if we limit their abilities within our institutions, we do both young and old a disservice. We also create the category of a citizen with minimal rights of engagement in society, bounded by age as though it was the crucial factor. These old and dehumanising ideas are part of a dying institutional framework, and we should let them go.

Such beneficent socio-political conditions, fostered by institutions, demonstrate a respect for the fundamental dignity of other human beings. It is a democratic order founded upon sensitivity, compassion, and love for others – despite how difficult this often is.

Isaiah Berlin’s distinction between positive liberty (what an agent can do) and negative liberty (the absence of obstacles) is useful and conceptually insightful for the very reason that it highlights our relationship with freedom and liberty. I therefore suggest two ethical duties for democratisers:

How we conceive and recognise human agency in our democracies matters hugely. It has a direct and cogent bearing on the flourishing of human beings. We have responsibilities to others, to each other, to avoid doing harm. Human forms of life are also predicated on a healthy, thriving ecosystem. This means we also have responsibilities to work symbiotically with the natural order, with the natural world and with other species, and this is also vital in order to meaningfully honour human dignity.

The prospects for human flourishing

Hannah Arendt wrote that a ‘[b]eginning, before it becomes a historical event, is the supreme capacity of man; politically, it is identical with man's freedom’. The lesson is this: inhibiting possibilities for new beginnings precludes human flourishing, logically and practically. Meanwhile, advancing possibilities for ethical human action could act as a buffer against some of the worst harms and terrors of political and cultural life.

Inhibiting possibilities for new beginnings precludes human flourishing, while advancing the options for ethical human action could act as a buffer against harm

If we want to provide human beings, as distinct persons from diverse backgrounds, with the best chances to flourish in life, we should nurture an adaptable and ethical ‘civic culture’. One that is premised on core values that pull in our attention towards the importance of human and non-human dignity.

Finally, we must re-learn lessons around the pernicious effects of dehumanising language. We can learn lessons from the totalising discourses seen in various forms of dogmatism, fascism, scientism, authoritarianism, paternalism, and totalitarianism. But we should also anticipate futuristic variations on these themes. In doing so, we may be able to gain realistic prospects for a socially conscious and liberatory language of politics for all, even those we disagree with.

Anything less is misanthropy – not democracy.

Number 69 in a Loop thread on the science of democracy. Look out for the 🦋 to read more in our series 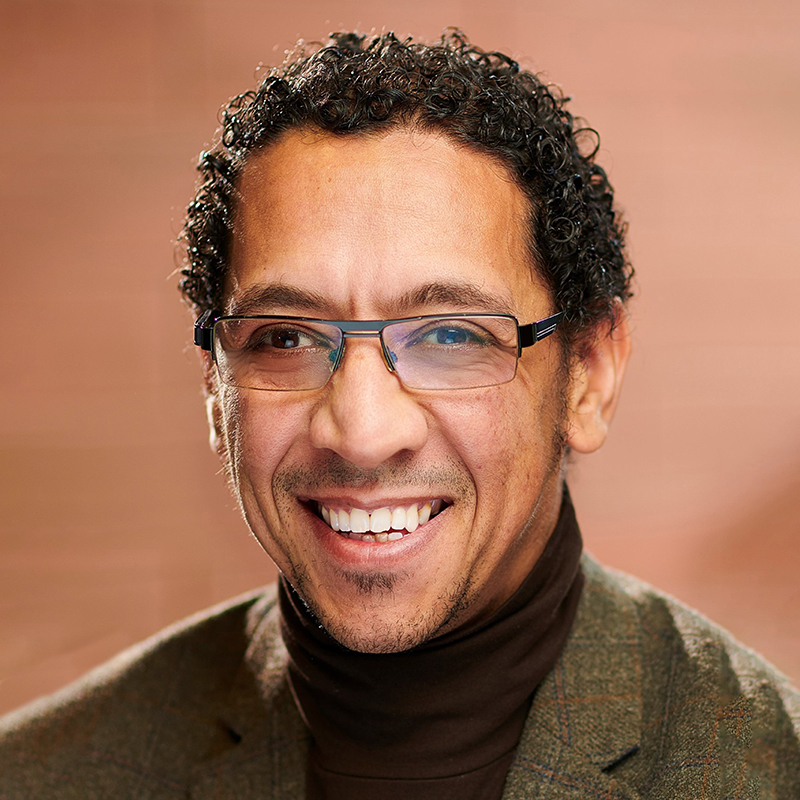 Eri has a diverse and eclectic work history, moving from within the advice and advocacy sector (and winning an award), and then into social policy research, campaigning, and then finally into academia.

He is most interested in the fascinating area between social policy and philosophy, in particular, where philosophical insights can help to bring about positive social change.

🦋 Towards human flourishing as the purpose of democracy