🦋 A rigorous debate on intra-disciplinary boundaries and democracy

In The Loop's 🦋 Science of Democracy series, Jean-Paul Gagnon has started an intra-disciplinary debate between democratic theory and comparative politics. The reasons to overcome this disciplinary clash are better than the reasons to embrace it, writes Gergana Dimova

The Loop’s 🦋 Science of Democracy series, sparked by Jean-Paul Gagnon’s seminal work advocating the collection of thousands of types of democracy, has been a huge success. On the surface, it looks like a series of short articles about the virtues of using 'data mountains' to study democracy.

Beneath that surface, however, the series contains an open and meaningful dialogue. It lays bare a range of the sub-disciplinary boundaries, assumptions and goals employed in democratic scholarship. This debate is a big achievement, since it is rare and revealing to conduct such cross-disciplinary conversations.

The 'Gagnon case' as an intra-disciplinary issue

What has transpired in the Science of Democracy series is that Jean-Paul Gagnon, a democratic theorist, has 'gone rogue'. Gagnon wants to preserve the subject of democratic theory – the meaning of democracy. But he wants to use the methods of comparative politics by drawing from a large data pool.

The backlash from democratic theory centres mainly on the claim that a positivist assessment such as this is incompatible with the aspirations of democratic theory. Kyong-Min Son, in his contribution, focuses on the creation of new types of democracy; Maija Setälä on normative discussion. Hans Asenbaum concentrates on the need to incorporate the creative role of the demos.

In contrast to the perspective of democratic theory, a comparative politics approach would posit that Gagnon’s proposal is not only necessary, but constitutes the bare minimum. Compiling comprehensive, well-sourced and original data is the indispensable methodological first step in studying an endless number of political phenomena, ranging from wars to policy initiatives and protests.

Political science has a general tendency to embrace concepts such as game theory, rational choice theory and statistical analysis. Thus, it has become more 'science-y'. In addition, a positivist, data-driven approach to democracy lies at the heart of widely used rankings of democracy. Good examples are those used by Varieties of Democracy and Freedom House.

I am a scholar who has made the opposite journey to the one (I conjecture) Gagnon has undertaken, namely from comparative politics to democratic theory. I am therefore not only acutely aware but also fully appreciative of the differing perspectives between disciplines.

In my mind, there are at least three good reasons to preserve intra-disciplinary boundaries. First, rigid definitions anchored in reality can indeed kill off spontaneous variation and democratic imagination. Secondly, the intra-disciplinary debate in the Science of Democracy series reflects an inherent democratic dualism, as I exemplify below:

Thirdly, we shouldn't make a drama out of this disciplinary clash, because it is common. To paraphrase and reverse Tolstoy, all disciplinary families are happy in a unique way because they define their achievements differently. But they are 'unhappy' and divided in the same way. Concerns about disciplinary fragmentation exist in debates on accountability, crisis and disaster studies, and blame avoidance, to name only a few.

There are even better reasons why political philosophy should embrace and build upon the mountain of data collected by Gagnon. These reasons are interconnected.

The consequences of taxonomy

To begin with, taxonomies of democracy can have tangible, life-changing consequences for some people. It mattered for Russia in the 1990s whether a 'managed democracy' was still considered a democracy. The taxonomical differences between a 'façade', an 'audience' or a 'disfigured' democracy weren't just words. They had a huge impact on countries’ suitability for receiving funding from the World Bank and the IMF. These funds translated into highways and hospitals, which then translated into travel and commerce.

The benefits of cooperation

Democratic rankings can benefit enormously from cooperation across disciplines. The rankings convert the knowledge of case studies and country experts into a continuum – 'types' of democracy into 'degrees' of democracy. Here, the role of political theory is decisive. It can advise on weighing the different criteria, such as accountability and justice, and compounding them into one single number on the democratic scale. If democratic theory sends ambiguous signals to the empirical study of democracy, the latter cannot truly implement its wisdom.

If democratic theory sends ambiguous signals to the empirical study of democracy, the latter cannot truly implement its wisdom

The existing discrepancy between the subfields is regrettable. There is a fluid natural channel of communication between the particularistic and universalistic meanings of democracy. Parallel tracks of scholarship 'fail to capture the full range of phenomena that illustrate major transformations of democracies, and thus offer only a partial view of them'.

The benefits of holistic knowledge

A comparative study of the various types of democracy in philosophy can expose unwritten assumptions, unacknowledged limitations, and inapplicable conclusions. Importantly, a taxonomy can also define the endpoints of the democratic continuum. Defining the 'selection of items' that each country takes from the ideal of democracy is essential to knowing when it slips into the category of the 'new despotism'. A holistic body of knowledge would ultimately benefit theorists, empiricists and the people who depend on the interpretation of the types of democracy. Everyone wins.

Gagnon’s plan to discuss the various types of democracy holds ample promise. It has already initiated the creation of an online platform, where scholars of all disciplinary stripes interact openly and in good faith. With luck, it will open the gates to an imaginative, innovative, integrative, accessible, forward-looking and highly digitalised internet space for the comprehensive and comparative study of democracy. As Emily Dickinson said, 'I dwell in possibility', and what Gagnon has started is fraught with possibilities.

Number 38 in a Loop thread on the science of democracy. Look out for the 🦋 to read more in our series 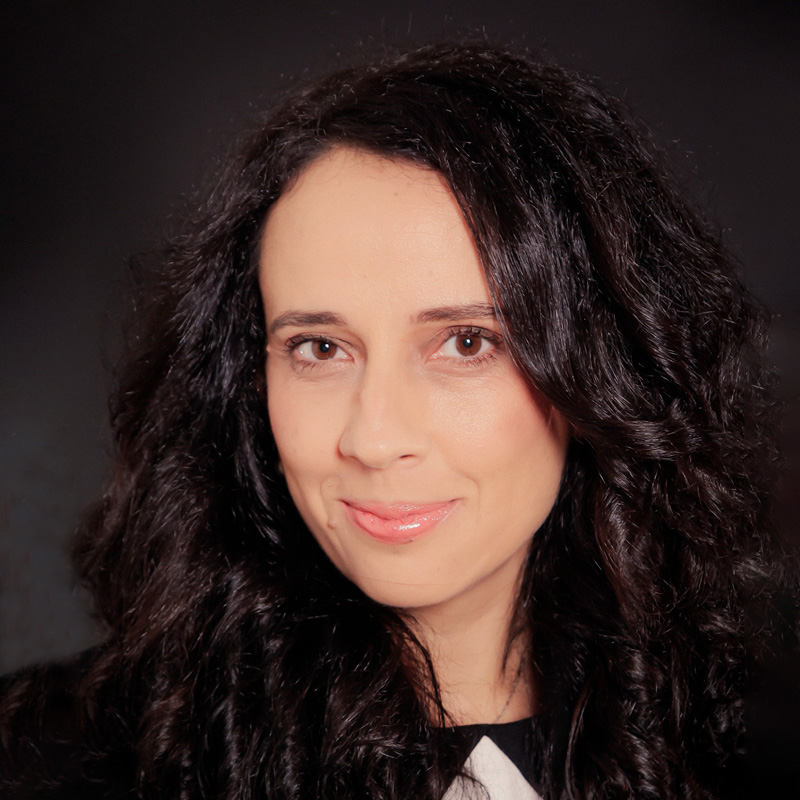 Her work is comparative and often juxtaposes established with managed or transitional democracies.

Thematically, she is interested in democracy and government accountability; blame avoidance and media scandals and democracy and political protests.

Her book, Democracy beyond Elections: Government Accountability in the Media Age (Palgrave 2019) links claims about the media and government accountability to larger themes about the crisis and transformation of democracy. 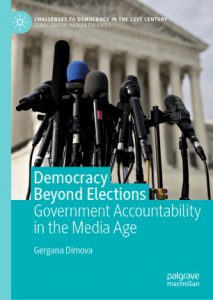 Her latest book, Political Uncertainty: A Comparative Exploration (Ibidem 2022) enquires about the nature of uncertainty in democracies and non-democracies. 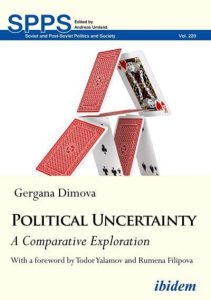 Gergana is the convenor of the Anti-Politics Specialist Group of the UK Political Science Association and an associate editor of the journal Democratic Theory.

She recently co-founded the Institute for Global Analytics in Bulgaria, and regularly serves as a consultant for the European Commission and a coding expert for V-Dem Institute in Sweden.

🦋 A rigorous debate on intra-disciplinary boundaries and democracy