🦋 The perpetual reinvention of democracy

Jean-Paul Gagnon’s proposal to study democracy as a stable object obscures one of the most important aspects of democracy: its normative character. Kyong-Min Son argues that democracy’s ‘spirit’ animates its perpetual reinvention in defiance of all empirical forms

Democracy is in crisis, but we seem at a loss as to what to do. The problem, Gagnon argues, is that we have a fragmented knowledge of what democracy is. We resign ourselves to our democracies despite their problems, because we don’t know what other specimens of democracy are out there. The solution, therefore, is to build a fuller catalogue of democracies; like biologists who construct an inventory of the world’s butterflies, democratic theorists should collect ‘words that authors across the ages have left behind’.

Gagnon focuses on words because, unlike thoughts and experiences, words are ‘stable’ and ‘not prone to transmutation’. Gagnon seems to assume that words express different types of democracy as fixed and fully formed objects, like butterflies. That assumption, however, obscures one of the most important aspects of democracy: its normative character (its ‘spirit’, as it were) that animates its perpetual reinvention in defiance of all empirical forms, including self-established ones.

Is the problem fragmentation?

Gagnon is correct to say that their empirical democratic theory was parochial. Dahl and Mayo derived their conception of democracy largely from observations about ‘advanced’ democracies in North America and Western Europe. But they acknowledged their cases’ provincial nature and disavowed their theory’s universal validity and applicability. Thus, they would have welcomed the creation of the ‘mountain of data’ for which Gagnon is calling.

But the empirical democratic theory’s most serious problem is not its limited scope; it is its paradigm.

To be sure, words express normative ideals as much as institutional arrangements. Gagnon’s research programme does not, therefore, exclude the normative dimension of democracy outright. Still, Gagnon follows what Dahl called the ‘descriptive method’ that extrapolates what democracy is from all known facts about democracy. For Gagnon, democracy’s normative ideals are treated along with its empirical forms as ‘linguistic artefacts’ — gatherable and measurable dead objects.

Empirical democratic theorists like Dahl aspired to scientific neutrality, and prescribed a nonjudgmental approach to the study of democracies. Let’s stop arguing over whose conception of democracy is right; instead, let’s simply lay out facts and let those facts speak for themselves. So does Gagnon. He suggests that ‘the words we collect have to be treated equally … and not prematurely filtered out by our conventional understandings of what we think democracy is or is not’.

If recent political experience has taught us anything, it is that just about everyone claims to represent democracy

This stance, however, is what really leads to arbitrariness. If our recent political experience has taught us anything, it is that just about everyone claims to represent democracy. Clearly, we cannot take all those claims at face value, nor can we treat all professed versions of democracy ‘equally’ as its variants.

Scientific neutrality and its blind spots

Conceptual confusion is not the only concern. The exclusive focus on what is readily observable often makes us equate democracy’s empirical manifestations with what it can be, blinding us to the factors that constrain the fuller realisation of the democratic ideal. In the case of postwar democratic theorists, their description of America as a democracy in the context of the Cold War was necessarily an act of endorsement. As such, it had the effect of downplaying, if not concealing, problems that should have been interrogated most thoroughly to bring America closer to the democratic ideal — racial inequality, militarism, widespread political apathy, and so on.

We often equate democracy’s empirical manifestations with what it can be. This blinds us to the factors that constrain the fuller realisation of the democratic ideal

Gagnon is certainly not complacent about existing democracies. But as he reaches for scientific neutrality, he runs a similar risk of obscuring problems that really matter. Gagnon conjectures, for example, that we might better tackle representative democracy’s problems by switching to other types of democracy such as ‘digital democracy’ and ‘Roman democracy’. But is representative democracy not working because we lack digital communication tools or a proper system of checks and balances? Or, is it because the very category of ‘the people’ is destabilised by globalisation and other momentous historical changes, and because the distribution of power is so skewed as to fundamentally destroy political equality?

The perpetual reinvention of democracy

We should be careful not to identify democracy with its empirical containers. Those containers do not simply give incomplete shape to the democratic ideal; they always distort and suppress it.

A constitution, conceived as a safeguard against arbitrary power, erects barriers for direct popular movements with its intricate design of government and political processes. Mass political parties, which served as a crucial vehicle for mass empowerment, breed an insulated political class and alienate people they proclaim to serve. Deliberative democracy, intended to guide politics with reason rather than power and money, generates its own hierarchy that works in favour of well-educated, verbally articulate, and conventionally charismatic people.

This means that democracy does not simply combat external enemies but rebels against itself. Democracy continually disorganises its own forms, which constitute its seemingly stable surface. Does that make it easy to study democracy? No. Should we nevertheless try to scratch beneath the surface? Yes.

Number 32 in a Loop thread on the science of democracy. Look out for the 🦋 to read more in our series 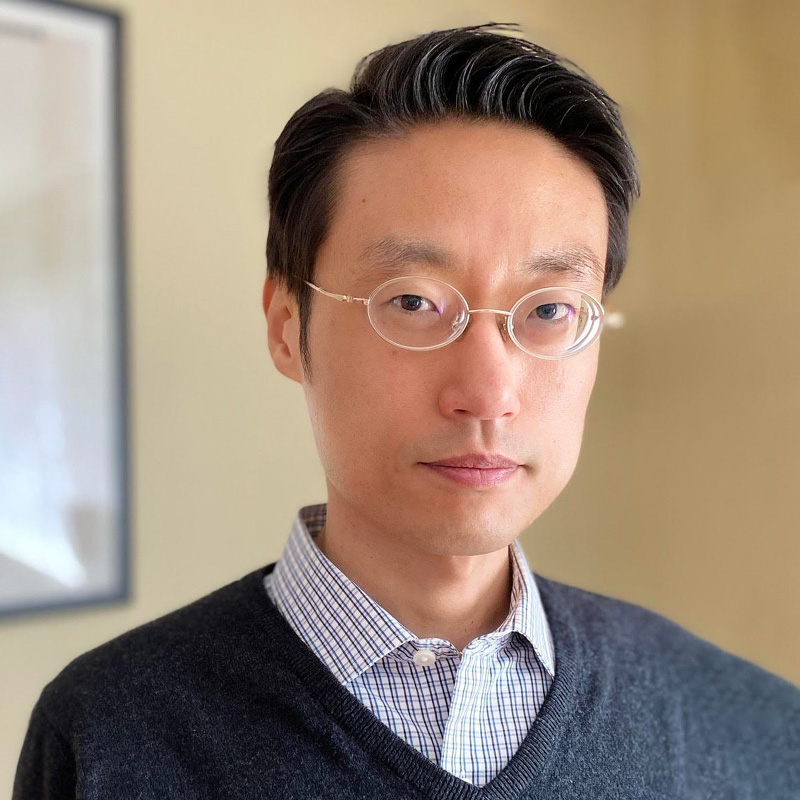 Kyong-Min is the author of The Eclipse of the Demos: The Cold War and the Crisis of Democracy before Neoliberalism (University Press of Kansas, 2020), which has won the American Political Science Association's 2021 Foundations of Political Theory First Book Award. 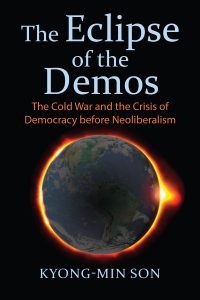 🦋 The perpetual reinvention of democracy