🌊 Is Italian democracy at risk?

The installation of a neo-fascist Prime Minister has generated considerable fears for the future of democracy in Italy. Guido Panzano shows how the tools of political science can accurately monitor changes in the quality of Italian democracy

Italy’s election results did not come as a surprise. Polls predicted victory for the far-right, euphemistically referred to as the ‘centre-right’ by Italian media. Much has been said about this latest change in the Italian party system, the transformation of Fratelli d’Italia (Brothers of Italy) and its dominant position over the Lega (League) and Forza Italia (Go Italy). Commentators have reflected on the repercussions for the EU or Italy's place on the international stage. Some scholars see the far right as a direct threat to Italian democracy. Others contend that democracy is not endangered. How should we make sense of these contradictions?

To be more rigorous, we should use existing frameworks for the study of political regimes. Some of them have been developed recently in relation to autocratisation. Others, as developed by Leonardo Morlino, relate to the quality of democracy.

We can, therefore, view the policies proposed in the common manifesto of the three main parties of the right through the lens of the quality of democracy framework. Democratic quality refers to those characteristics of a ‘good democracy’, beyond the minimalist definition of competitive elections. This concept has previously been applied through different operationalisations and uses of data. This, combined with insights from the autocratisation literature, allows us to contextualise potential backsliding in Italy’s democracy.

The rule of law is a key pillar of liberal democracy. In Italy, former right-wing Berlusconi governments took a softer stance against corruption. The far-right parties' 2022 manifesto calls for further de-regulation and an increase in ‘efficiency’ of the Public Procurement Code. This does not augur well for an administration infiltrated by the mafia, with large EU-funded infrastructural projects to process.

Moreover, Italy is a country where the relationship between public order and freedom of expression has, traditionally, been controversial. As a result, the putative convergence between some sections of the police and right-wing figures casts suspicion on proposals to increase police funds and personnel. Allegedly, these increased funds are intended to tackle ‘micro-criminality’ and ‘urban degradation’, all framed by the coalition in the rhetoric of law and order.

Even before the 2022 general election, Italy did not enjoy a healthy level of political accountability. The country's problems included low turnout, technocratic governments and abuse of emergency legislation. Changes to the electoral system, and constitutional reform reducing the members of parliament by a third, also damaged political accountability. Italy's political elite is now dominated by a (predominately male) leadership, disconnected from voters.

In 2018, Meloni proposed the direct election of the President of the Republic (a proposal repeated in her 2022 manifesto). We should consider Meloni's proposal in the context of eroded political accountability. The ability to elect the President direct could well limit parliamentary oversight over the executive yet further.

The manifesto of the far-right parties has implications for aspects of the quality of democracy, in particular rule of law, accountability, responsiveness, freedom and equality

What public role could the media play? We might expect a re-alignment between public television and Berlusconi’s Mediaset company. This would then mean that all media networks were in support of the government. Even if freedom of expression is not endangered in the Italian press, the industry is characterised by oligopolies, structural crises and poor conditions for investigative journalists. It is certainly less robust than its counterparts elsewhere in western Europe.

Victory for the far-right coalition also has implications for political, civil, and social rights. Discussion about revising the outdated citizenship legislation, currently based on the ius sanguinis principle, may remain frozen. The coalition's proposed policies would, in effect, criminalise migrants and asylum-seekers, making their attempts to reach Italy even more dangerous. This echoes the infamous ‘Salvini Decrees’.

Meloni’s public stances on reproductive and LGBTQ+ rights, and her generally condemned hyper-conservative ‘pro-natality’ policies, are also reflected in the manifesto. In fact, these policies are already in place in some Italian regions governed by the far right.

The coalition manifesto also proposes a flat tax regardless of income, which will of course benefit the rich. As public spending is also based on taxation, this will likely mean significant curtailing of the welfare state, in particular spending on health, education, environmental protection, and labour rights.

The outlook for Italian democracy

No one expects Meloni, Salvini, or Berlusconi to lead the country abruptly into autocracy. Nonetheless, these changes in democratic quality are possible, perhaps likely. Contemporary autocratisation processes in democracies usually start with a gradual ‘restriction’ of democratic quality. Only later do they manifest in executive aggrandisement (Venezuela, India, Turkey, Serbia, Hungary, Poland). True, it is possible to interrupt this sequence (US, Ecuador, North Macedonia). And transitions to autocracy, especially in consolidated democracies, remain rare.

However, what Italy might face is a reduction in some aspects of its democratic quality. And we know that defective democracies are at greater risk than liberal democracies of further regressing to forms of electoral democracy or autocracy.

Italy may face a reduction in democratic quality, which increases its risk of autocratisation

Internal actors, including opposition parties and movements, judges, and the media, could resist creeping autocratisation. But they seem to be at an impasse. And the current gloomy international environment – war in Ukraine, economic crisis, climate challenges, post-pandemic effects – might make key oppositional actors less able to react to attempts to diminish democratic quality.

On the other hand, the far right is not immune to internal feuds, organisational limits and erratic leadership. The extent to which it can and will have an impact on Italian democracy will also depend on its own unity and capacity for action.

Abstract assessments and opinions are not enough. Well-established measures of democratic quality, and of autocratisation processes, will allow scholars to monitor Italy's democracy under its prospective far-right government. The tools of political science can show us beyond doubt whether democracy in Italy is (and will be) under threat.

No.23 in a thread on the 'illiberal wave' 🌊 sweeping world politics 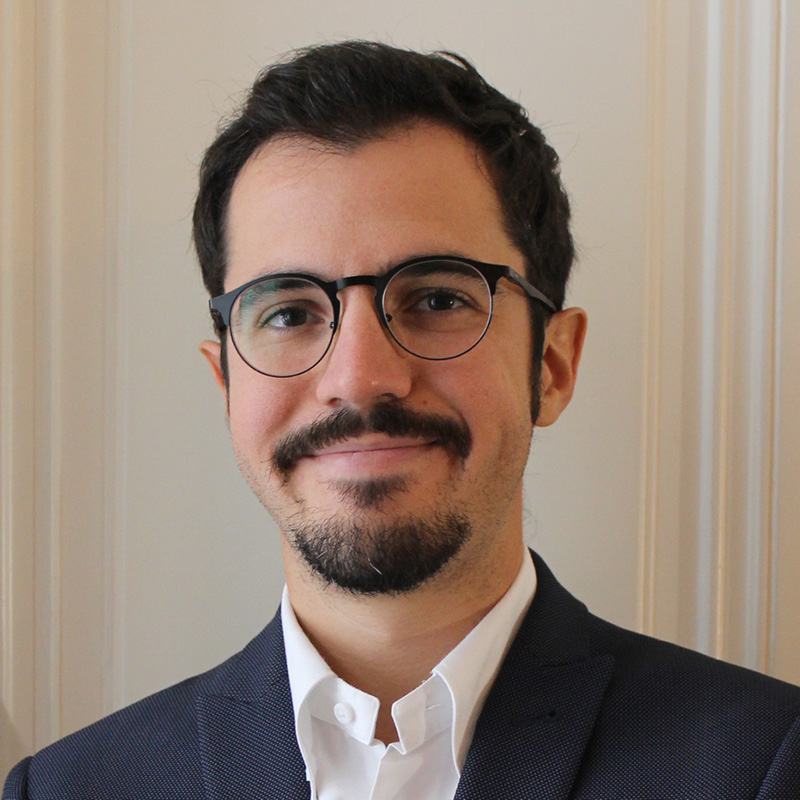 Guido is researching the connection between autocratisation and inequalities, in particular related to ethnic groups.

He is also interested in democracy, autocracy, territorial politics, ethnic minorities and parties.

Born in Rome and now working in Brussels, Guido studied in Pisa, Florence, Budapest and Vienna.

🌊 Is Italian democracy at risk?