🦋 How elections stifle democracy in Kenya

Reginald MJ Oduor encourages political theorists to disentangle themselves from the idea that democracy and elections are inextricably bound together. Through this, he seeks to promote the pursuit of genuine citizen participation in Kenya and other postcolonial states in Africa

No word for elections

Prior to the incursion of Western imperialism, a sizeable proportion of the governance models of Africa’s peoples placed a high premium on consensus-building rather than majoritarianism. In this, they were inspired by kinship-based communalism. This is true of the Luo of Kenya, the Acholi and Baganda of Uganda, the Igbo of Nigeria, and the Ashanti of Ghana, among others.

Today, Western liberal democratic thought is almost hegemonic. But prior to the incursion of Western imperialism, many African peoples emphasised consensus-building rather than majoritarianism

For example, Kwasi Wiredu notes that the Ashanti chose their leaders by consensus. As a result, ‘there is no long-standing word for voting in the language of the Ashantis. The expression which is currently used for that process (aba to) is an obvious modern coinage for a modern cultural import or, shall we say, imposition’. Wiredu further notes that the decisions of the council bound the Ashanti king. The Ashanti thus say that there are no bad kings, only bad councillors.

However, Western liberal democratic thought is now almost hegemonic. It routinely refers to elections as ‘democratic exercises’ or even as ‘democracy itself’. Nevertheless, in Kenya's context, elections actually stifle democracy if we understood it to mean a governance system in which the people meaningfully determine the direction of the management of public affairs.

Elections: a five-pronged obstacle to democracy

In the Kenyan context, elections are an obstacle to democracy in at least five ways.

First, elections alienate the people from the political process. As VY Mudimbe memorably observed, Western colonisers engaged in 'the domination of physical space, the reformation of natives' minds, and the integration of local economic histories into the Western perspective'. The imposition of liberal democracy, with its emphasis on elections, is part of this venture. It is the culmination of the imposition of English law on the nascent Kenyan state on 12 August 1897.

In addition, the massive finances required for campaigns leaves the political playing field to the upper middle class. This renders both justice and equality largely meaningless.

Second, elections fail to represent the voices of cultural minorities. The Constitution of Kenya 2010 tries to counter the winner-takes-all approach to elections, but it remains largely in place.

In a 2021 article, I noted how the people’s voices, the majority and the minority, are disregarded in a situation such as Kenya’s. Party leaders and their confidants have sweeping powers over nomination of candidates. They also control the positions their parties take in legislative processes.

A dogfight for the spoils

Third, elections hinder the pursuit of the common good. The individualist values of capitalism undergird liberal democracy. Therefore, candidates and voters go into elections with their personal interests in mind, rather than those of the country.

Furthermore, elections are upheld as a way to identify leaders for the common good. However, in Kenya’s culturally plural society, elections are simply what Basil Davidson refers to as ‘a dogfight for the spoils of political power’; and a dogfight it is, as graphically illustrated by the near cataclysm of the Kenyan 2007/2008 post-election crisis.

Fourth, elections are an obstacle to citizen solidarity. Moral values, especially justice and equity, underpin this solidarity. As I have discussed elsewhere, more often than not, Kenyan politicians use nationalist rhetoric while creating political cleavage along cultural lines. In this way they are similar to their counterparts in most other culturally plural postcolonial polities in Africa. Such rhetoric leads to the violation of the rights of non-dominant cultural groups to meaningful political participation, equitable economic opportunities, cultural identity, and secession.

The shadow of instability

Fifth, Kenya lives under the shadow of political instability arising from the discontentment of those declared to have lost elections. The 2007/2008 post-election crisis continues to haunt the polity. Approximately 1,500 Kenyans were killed, over 400,000 displaced, and an unknown number of women were raped. In 2017, the aftermath of the elections left a number of people dead or wounded. There were economic boycotts, and calls for secession that threatened to plunge the country into a civil war.

Theorists from Africa have proposed alternatives to liberal democracy. Kwasi Wiredu prescribes a no-party consensual democracy to mitigate the ills of majoritarianism and institutionalised divisiveness. In a world in which liberal democracy enjoys an almost hegemonic status, many today might find Wiredu’s prescription odd.

However, David Held informs us that ancient Athens would not: Athenian citizens’ assemblies sometimes resorted to voting to settle intractable matters. However, they mainly aimed at unanimity (Greek homonoia) in the belief that problems could only be resolved correctly in the common interest.

It is imperative that political theorists work with the peoples of Africa to explore context-relevant models of democracy. African theorists have already proposed alternative models

In Africa Beyond Liberal Democracy, David Ngendo Tschimba cautions against prioritising elections in post-conflict societies such as the Democratic Republic of Congo. Emefiena Ezeani proposes a pyramidal co-operative collegial democracy which dispenses with general elections. Meanwhile, I argue for culturally-based federations to mitigate the trauma of colonial consolidation in culturally-plural countries.

Liberal democracy is not universal

In sum, liberal democracy is not universal. Its individualist value system and its inordinate emphasis on elections militate against the communalist and consensual values of the peoples of Africa. It is therefore imperative that political theorists, in collaboration with the diverse peoples of Africa, explore context-relevant models of democracy. This may even require refraining from using the d-word. However, by doing so, we would promote liberation from neo-colonialism, and address epistemic injustice.

Francis Fukuyama contended that the ascendancy of liberal democracy after the Cold War was the end of history. Yet, as Ademola Kazeem Fayemi correctly observes, that event cannot be the end of human history. We are not at the end of human intelligence.

Number 70 in a Loop thread on the science of democracy. Look out for the 🦋 to read more in our series 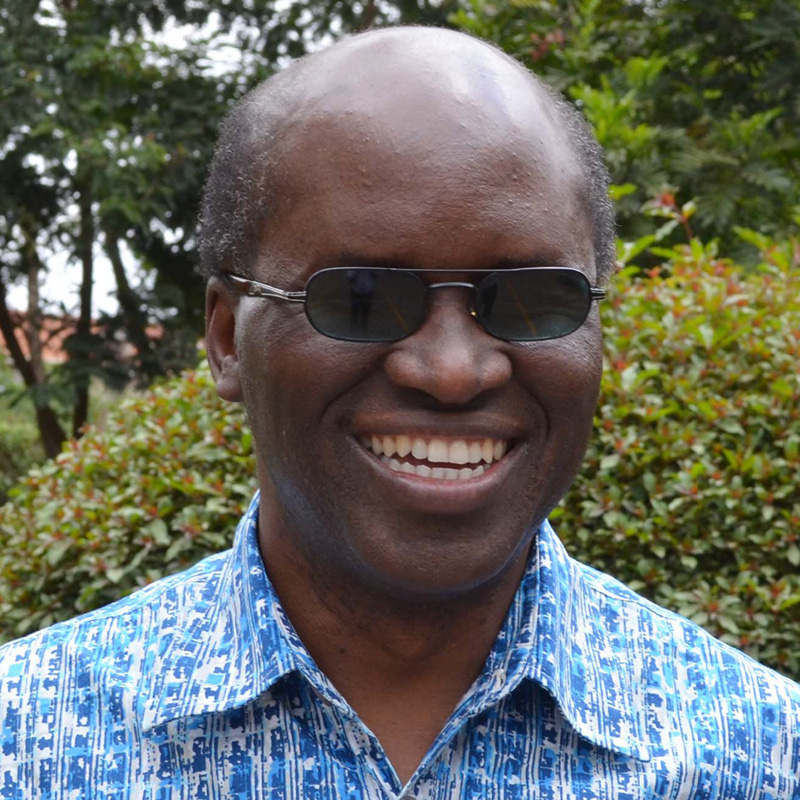 Reginald holds a PhD in political philosophy from the University of Nairobi.

He gained a BEd in Arts and an MA in Philosophy, both from Kenyatta University.

He is the first person with total visual disability to be appointed to a substantive teaching position in a public university in Kenya. 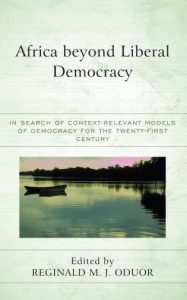 He is sole editor of Africa Beyond Liberal Democracy: In Search of Context-Relevant Models of Democracy for the Twenty-First Century
Lexington 2022

Reginald is also lead editor of Odera Oruka in the Twenty-First Century, RVP 2018.

He was founding Editor-in-Chief of the New Series of Thought and Practice: A Journal of the Philosophical Association of Kenya.

🦋 How elections stifle democracy in Kenya