🌊 The new leader of the Finns Party reinforces an illiberal turn

The Finns Party elected a new leader last weekend. The baton passed from Jussi Halla-aho to his right-hand woman Riikka Purra. This, writes Emilia Palonen, is a move that consolidates the party as one of the illiberal radical right

The Finns Party is reinforcing its right-wing policy positions, as well as moving on from some trademark positions. Previous party leaders were proud to be populist, claiming to represent the diverse demands of ordinary people. The current leadership, however, is deeply preoccupied with migration, and appears to be stirring up a cultural war with opposition parties of the Green-Left.

The recent party congress consolidated the right-wing, nativist politics of former leader Halla-aho, who criticised another Finnish party for being 'populist'. Among its leadership, however, only Riikka Purra stays. Alongside her are fiercely anti-migrant politicians who often air their views on social media, and are critical of mainstream media. The party is characterised by illiberalism, nativism, and hegemonic claims.

Electoral support for the Finns Party was restored after a 2017 party shift. Second-largest party in the 2019 elections, the Finns Party is currently in opposition alongside the National Coalition Party and the Christian Democrats. It currently stands third, behind the National Coalition and Social Democrats, with 17% of national vote share. With the election of Riikka Purra, the leaders of all but one of the eight Finnish parliamentary parties are female.

The Finns Party has deeper populist roots than most European challenger parties on either the left or the right. The Finnish Rural Party (SMP) was formed in the 1950s to contest the Soviet-friendly policies of the Centre Party under Urho Kekkonen. SMP’s leader Veikko Vennamo claimed to support the 'small people'. In particular, he canvassed for votes among refugee migrants from Eastern Karelia. The hegemony-challenging SMP made it to government in the 1980s. In the 1990s, however, when favourable Soviet trade links disappeared and an economic downturn hit Finland, the party went bankrupt.

The Finns Party (Perussuomalaiset) rose from the ashes of the SMP. A group of politicians including Timo Soini, who later became its emblematic leader, drew on the party's populist-Poujadist heritage. Elected an MEP in 2009, Soini was a strong political ally of the British MEP Nigel Farage, a prominent Eurosceptic and ardent Brexiteer.

A landslide victory in 2011 made the Finns Party the fourth force in Finnish politics. Until that point in time, the country's political landscape had been dominated by three parties: the right-wing National Coalition, the Centre, and the SDP. Soini toned down his criticism of the EU, and in 2015, in a right-wing coalition with the Centre and National Coalition parties, he became Minister of Foreign Affairs.

By 2017, however, support for the Finns Party had shrunk by half. Although the Sipilä government had tightened up migration policies, this wasn't enough in the eyes of party members. Instead, they chose a new leader, Jussi Halla-aho, an MEP known for his tough stance on migration. From that point on, the coalition partners refused to collaborate. Soini and other ministers formed a new party to stay in power.

For new leader Purra, a tough stance on immigration is non-negotiable – and she expects other parties to follow suit in government. Denying asylum to those in need, for example, has been a distinct feature of the Danish Social Democrats' immigration policy that Purra has praised.

Purra supports robust economic policies that have moved the party to the political right. Yet she rejects defining her party along simple left-right lines. And she considers the Finns 'populist' only in the sense that the word signifies mass support.

The Finns Party under Purra emphasises patriotism and ethno-nationalism

Instead, the Finns Party under Purra strongly emphasises patriotism and ethno-nationalism. This manifests itself in policies limiting welfare benefits only to Finnish nationals and native speakers.

All this reinforces the notion that the Finns Party is indeed a nativist party. An elites-vs-the-people narrative does still exist in Finns Party rhetoric, but to antagonise liberal elites and consolidate a particular ethnic understanding of 'the people'.

No longer populist, but illiberal

Recent literature argues against using the term populism lightly. But I think the word usefully describes the Finns Party under Soini. Soini wrote his MA thesis on populism, drawing in particular on the work of Margaret Canovan. He has in the past defended populism.

After two leadership changes, little remains of the Laclaudian populist logic typical of Soini’s party, which assumes a slightly ambiguous, heterogeneous 'us', defined by what it opposes. Illiberal is an accurate description of the Finns Party under Purra.

So, the essence of the current Finns Party is nativism. What it opposes is liberalism, and the party embodies the recent rise of illiberalism. Current leader Purra argues that other parties rule technocratically, and take liberalism for granted. She studied political science, so is fully aware of the reasons attributed to populism.

Illiberalism, for the Finns Party, is not a vaguely defined anti-liberal strategy, as I claimed it was for Viktor Orbán. On the contrary, it is filled with ideological content. Like the alt-right, Purra and Halla-aho want a hegemonic shift in Finnish politics. Purra has expressed surprise at Finnish people's pro-EU tendencies. By keeping this high on the agenda, she aims to propagate her anti-EU attitude.

Recent speeches at the party congress, however, suggest transformation may be slow. Jussi Halla-aho, for example, compared his party to a sloth, and to an emperor penguin facing a hostile media. This may be because he and many other Finns activists stand accused of hate speech.

For the Finns Party, focusing on migration is a gamble which may lose voters. Halla-aho is aware that his views are too extreme for many potential coalition partners, and he has agreed to retreat from the limelight. Purra, a vegetarian with a health-food Instagram account, could expand the party's voter range.

The challenge for Finland and elsewhere is no longer how to deal with anti-elitist populists but with culture-war seeking illiberals. Awareness of hegemonic shifts and processes makes clearer what's at stake with illiberalism and how to address it.

Illiberals reject left-right denomination as a misinterpretation of their ideals. They define liberalism as something hegemonic, that should be challenged. Paradoxically, for the analysts, using the term illiberal reinforces this, by perpetuating an illusion that all other parties are liberal and that liberals are a homogeneous camp.

As political scientists, we are aware of the diverging perspectives from radical democracy to classical republican ideals. Ideals of direct and deliberative democracy already inform liberal democracy.

Illiberals aim to erode political differences between other parties by rendering the left-right axis irrelevant. They also seek to mainstream their own policies; Denmark, for example, has adopted an illiberal anti-immigration stance. Policies on climate action and European integration follow suit.

The Finns Party want a hegemonic shift in Finnish politics, with a nativist, anti-EU agenda

Illiberals aim to simplify the political space. Multiplicity and new points of debate would therefore provide an antidote. Illiberals thrive on rejection by others because it sustains the political frontier they have chosen. To demonstrate a contrasting multiplicity, so-called liberals should explain and defend, rather than assume, political views on migration, Europe, and the climate crisis.

This article is the second in a Loop thread on the spread of illiberalism – the 'illiberal wave'. Look out for the 🌊 over coming weeks and months to read more in our series. If this is your field of research, and you'd like to join the debate, pitch us your idea 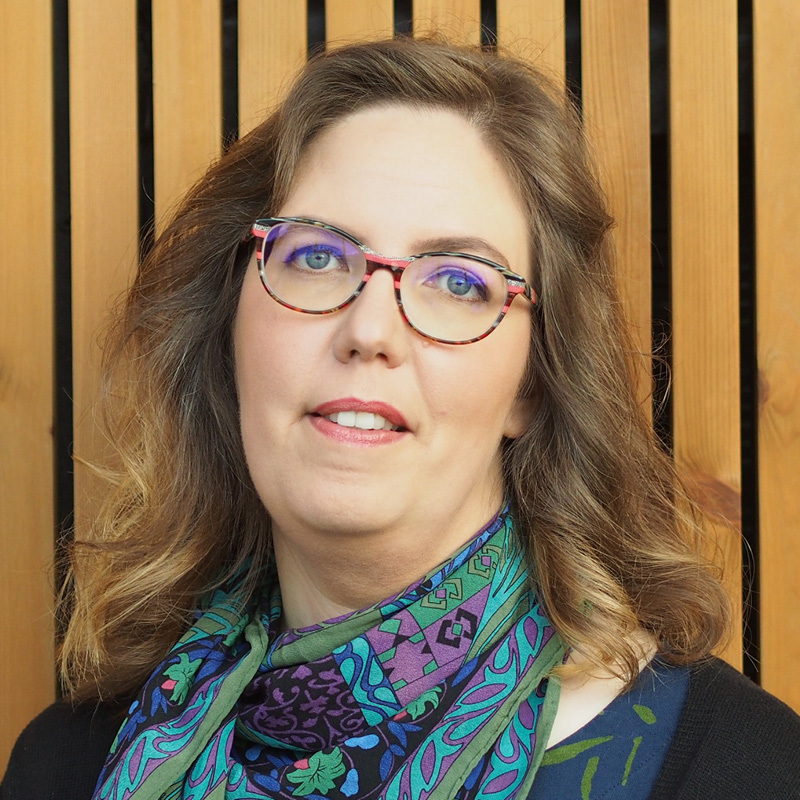 Emilia has been studying and commenting the on Finns Party for a long time, while she gained her understanding hegemony and political polarisation through researching Hungarian politics.

She is the official Finland contributor for Political Data Yearbook.

🌊 The new leader of the Finns Party reinforces an illiberal turn