🦋 Can you put food inside? Words are invitations, not containers

Collecting democracy’s words is admirable, thinks Christian Ewert. Not because the collection will hold any meaning on its own, but because it invites us to share and learn

A Sunday in Switzerland

As I’m writing these lines, local newspapers are still busy with the results of the most recent popular referendums in Switzerland. And one person who takes voting seriously is a sophisticated, amicable, very urban friend of mine. She and her wife always read the arguments presented by proponents and opponents, and carefully form their own opinions. When voting day comes, they walk with their border collie to the nearest polling station and fill out the ballot papers. After that, they head over to a picturesque city plaza with cafés and restaurants, where they enjoy brunch and good conversation. It’s a ritual for them of course, and food and gossip belong to ‘their’ political Sunday as much as debates and voting recommendations. I’m genuinely wondering whether in Jean-Paul Gagnon’s mountain of data there is a democracy that includes dogs and tasty meals.

Imagine we actually had collected all of democracy's words. What have we accomplished?

This mountain of data, this encompassing and immense archive of words of democracy, is of course interesting. And ambitious, too. Despite all the methodological and conceptual challenges, let’s assume for a moment that we actually had collected all of democracy’s words. Really, all of them. Even if the final archive we were building ended up gigantic, we eventually did it! Time to pull down our sleeves and share high-fives. Good job, everybody!

But now what? What is it we have really accomplished?

Gagnon would argue that we have captured the meaning of democracy in its totality. It is, in fact, this meaning he is after when he writes how democracy ‘has held many meanings’ since the beginning of time; that we can ‘find the meanings’ and ‘understand the meanings’ of democracy by collecting words and expressions. Indeed, for Gagnon meaning lies ‘embedded in each of these different words’. And thus he sees a promise: If we only had a perfect collection of words, we would have a perfect collection of meanings, too.

I, however, think he is wrong, and the promise is a false one. For one, if we limit our mountain of data to (English) words, we miss out. As Chih-yu Shih and Ryusaku Yamada have argued, other languages have their own words for democracy. Moreover, words are not the only signs that can refer to democracy. The White House in Washington DC, the Scorpions’ Wind of Change, and the 🦋 symbol of this blog series – all these disparate things might remind us of democracy.

A theory of meaning

You see, words, numbers, paintings, films, a dancer’s moves and other signs are not containers. I can't simply put meaning in them and retrieve it later. This is because, to give one example, meaning is not like food. Food I could indeed put in a box, carry it to a nice lakeside, and take it out again for a picnic.

But if meaning is not a containable thing, what is it? My answer to that question, based on scholars including Charles S. Peirce and Ludwig Wittgenstein, would be that meaning is interpretation. Which is to say meaning is an active, ongoing process. A book has no meaning unless somebody starts reading it. A song has no meaning unless somebody is moved by it. And a painting is just dried colours on canvas unless it is appreciated. Likewise, ‘representative democracy’, ‘Waldorf democracy’, ‘Tlaxcallan democracy’, and all the other items in Gagnon’s collection are utterly meaningless, simply black ink on paper or lightened diodes on a computer screen, or whatever the equivalent of their physical storage might be. Only if and only as long as we observe, appreciate, and interpret words and other signs do we imbue them with meaning.

Thus, even if the mountain of data was enormous and all-encompassing, no veins of meaning rest within.

So is Gagnon’s enterprise, his mission to raise a mountain, pointless?

Quite the opposite, actually. Gagnon himself writes that, ultimately, ‘we must give [democracy’s words] a narrative’. Without going into lengthy definitions concerning narratives, I would claim that narrating is the most valuable, enriching and meaningful thing to do in this context. One way to make sense of us and our lives, relationships, communities, and surroundings is to develop narratives. And whether any given narrative is a scientific theory, a tall tale, or just ‘common knowledge’, it will help us to relate and create meaning.

We all have our narratives about democracies. My urban friend’s one includes dogs and small cafés. In his version, Jean-Paul Gagnon talks about words to be collected like butterflies. And if you ask me, there definitely is truth and beauty in both accounts.

But maybe the best thing about narratives is that they can be shared. That I can share my friend’s narrative with you and that Jean-Paul Gagnon can share his with me. Through sharing, we start to create meaning together because we learn from each other what kind of meaning(s) can be created from something as simple and tiny as the English word democracy. Indeed, sharing a narrative invites others to (re-)create meaning themselves. In this regard, sharing narratives also implies teaching democracy, and thus meaning truly becomes collaborative.

So maybe this is what the words in the mountain of data are for: We can use them to invite each other to share our narratives about something as important as democracy. And I, for one, am curious to hear yours.

Number 31 in a Loop thread on the science of democracy. Look out for the 🦋 to read more in our series 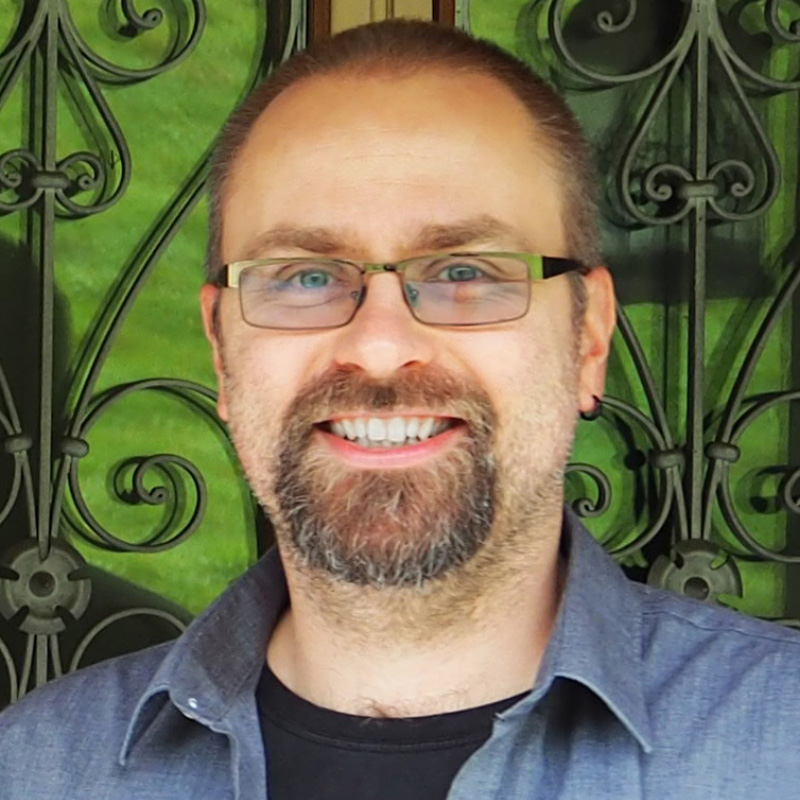 Chris has a background in social sciences, law, and coaching and holds a PhD from the University of Lausanne.

He has served as a researcher and lecturer at the University of Zurich, University of Lausanne, Swiss Federal Institute of Technology, and Center for Democracy Aarau.

His research interests include democratic governance, political discourses and discourse analysis, and semiotics.

Together with Lea Heyne, Chris has edited an Open Source book on democracy and the pandemic: One Year with Covid-19 (DemocracyNet, 2021). 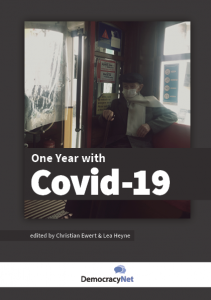 🦋 Can you put food inside? Words are invitations, not containers