Giovanni Capoccia argues that the 2022 French presidential elections could constitute a greater threat to the EU than any current challenge. Although unlikely at present, a Eurosceptic French President would precipitate the greatest crisis in the EU’s history – and there is still much to play for

The EU currently faces several existential threats. The Polish government’s attacks on judicial independence (echoing those of Hungary earlier) challenge its core values and its legal system. The row with the UK over the Northern Ireland Protocol also threatens the EU's nature as a 'community of law'. Yet, an even more decisive battle for its future looms with the French presidential elections in April 2022.

This situation is something of a déjà vu. In 2017, Rassemblement National leader Marine Le Pen, an enthusiastic supporter of Brexit a year earlier, advocated the same course of action for France. 'Frexit' would have dealt a deadly blow to the EU. In the second round of the presidential elections, however, Emmanuel Macron beat Le Pen. He did so on a political platform in which pro-EU values figured prominently. Yet, anti-EU rhetoric is even more diffuse in the French electorate now than five years ago, and the debate has somewhat changed.

The main extreme right candidates are Marine Le Pen and the journalist Éric Zemmour, who poll at around 16–17% each. Both have explicitly supported Poland and Hungary in their fight against the EU Commission and Court of Justice. Le Pen and Zemmour have endorsed the Polish and Hungarian governments’ claims for 'freedom' for elected national representatives against the 'bureaucratic' EU. In so doing, they have typically lauded traditional values and policies against extra-European immigration.

From Frexit to national interest: the French right

Today, the extreme right – still likely to be Macron’s main competitor – no longer advocates Frexit or abandoning the euro. These prospects, fraught with costs and uncertainties, are unpopular among its own electorate. However, the extreme right supports repatriating most power to the member states. It even advocates openly disobeying EU legislation when it does not directly suit 'the interest of France'. This would lead to a severe hollowing out of the EU as a legal and political force. After all, the EU legal system facilitates the European Single Market's smooth functioning, and constitutes the core of the EU’s international influence. The plans of the French extreme right would compound the crises caused by the UK, Polish and Hungarian governments. Their combination would probably plunge the EU into its deepest crisis yet.

Morawiecki and Orbán have enacted illiberal reforms, curbing the rights of countermajoritarian institutions such as courts, media, and independent agencies. But these reforms are now mentioned less frequently in the French debate, and only by Zemmour. Furthermore, despite their openly nationalist views, neither Le Pen or Zemmour have criticised the UK Government’s 'hard Brexit' strategy, even when it leads to bilateral clashes with France, as in the recent disputes on fishing and the acceptance of immigrants and refugees.

The spread of Euroscepticism

Unlike in 2017, Euroscepticism is no longer the preserve of French extreme right. It has now spread, in various forms, to the mainstream right. The main Les Republicains candidates, attempting to stem the loss of support on their right flank, have expressed such positions.

Euroscepticism is no longer the preserve of French extreme right. It has now spread, in various forms, to the mainstream right

Valérie Pécresse is President of the Île-de-France region, and currently polling at around 10%. She is taking Poland’s side in its struggle with the EU, in the name of preserving member states' 'constitutional identities'. Other candidates have been more nuanced. Xavier Bertrand is the mainstream right candidate with the highest support in the polls (currently 13–14%). He proposes integrating into the French constitution 'a safeguard mechanism of the national interest' against possible inroads by EU rules. Ex-Brexit negotiator Michel Barnier is currently polling at 7–8%. Barnier has invoked suspending the jurisdiction of the European Court of Justice and the European Court of Human Rights (ECHR) on immigration, repatriating control over the policy domain to the member states. Left-wing presidential candidates such as Montebourg and Roussel have expressed similar positions.

Linkage between Euroscepticism and anti-immigration

The election of a Eurosceptic president in France remains unlikely at this stage. Macron currently tops the polls at around 25%, well ahead of all other contenders. The key issue, however, is the connection made by extreme and mainstream right-wing candidates between EU-sceptic positions and the intention to limit immigration. The shackles imposed by EU law (and, as Zemmour has maintained, by the ECHR) are presented as the main barrier preventing democratically elected national forces from regulating (i.e., drastically limiting) immigration.

Restricting immigration from the southern coast of the Mediterranean and from Sub-Saharan Africa is very popular in France. This is true in particular for electors on the right end of the political spectrum. But it also goes well beyond the confines of the Rassemblement National electorate. Recent surveys estimate support for restricting immigration at around two-thirds of the electorate. An analogous linkage between anti-EU sentiment and limiting immigration was manufactured by Brexiters in the UK prior to the 2016 referendum. According to many analyses, aversion to immigration was a key factor in the 'Leave' victory.

The challenge for Macron

Right-wing candidates are increasingly entrenching this connection among their electorate. Macron, and more generally pro-European integration forces, are therefore likely to face a difficult challenge. As things stand, no left-wing candidate is likely to qualify for the second round of the presidential elections. In addition, it has become evident that most left-wing voters would rather abstain than support Macron in the second round, even if he faces Le Pen and Zemmour. In this scenario – the most likely based on current polls – Macron would struggle to attract votes from the moderate right while promoting his pro-EU agenda. The French Presidency of the EU, which starts in January, will also be influenced by this situation. At stake in April 2022, just like five years ago, is not just the Elysée, but the future of the EU. 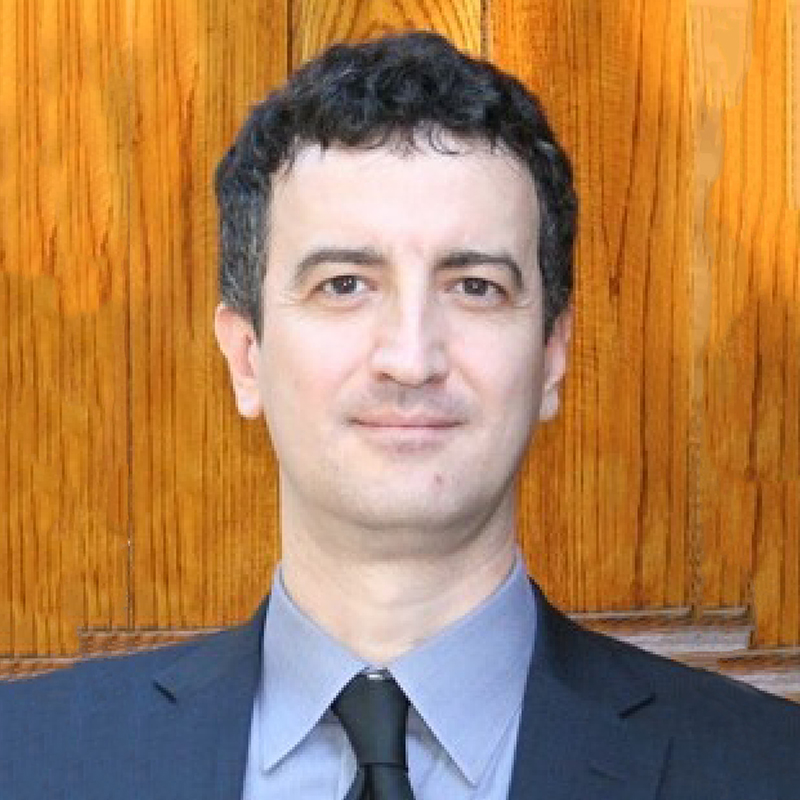 by Giovanni Capoccia, The Loop
November 9, 2021