The internet has not, as many hoped, delivered positive change for democracy. But according to Felipe Arocena, there is still a meaningful way to confront the authoritarian advances of new technological powers and reinforce democracy – rebellion

The network of networks: hopes...

At least until 2015, the internet and social networks enjoyed enormous popularity thanks to their democratising qualities. There was no question the internet might have a detrimental impact. Perhaps there was simply not enough evidence to prove any adverse effect.

During the so-called Arab Spring (2010–2013), Western media and, to a lesser extent, political elites and academics, were quick to highlight the virtues of the Facebook, YouTube and Twitter revolutions. Young people, connected by the internet, were putting an end to despotism and corruption, claimed El Pais in Madrid. Social networks, said the New York Times, offered a way for the discontented to organise and mobilise. The premise was appealing in its simplicity. Networks gave voice to citizens who felt underrepresented by the establishment or oppressed by tyrannical leaders.

This was an optimistic narrative, in which the internet and social networks were powerful media for spreading liberal democracy. It was a narrative that lost steam rapidly. History was repeating itself: the humans of Twitter turned out to be just as manipulable as homo videns.

Citizens committed to democracy were not the only ones using social networks. Facebook and Twitter were also populated by tyrants and extremists. Donald Trump's 2016 triumph set democratic alarm bells ringing in the West. It later emerged that Cambridge Analytica had attempted to manipulate US voters – and that Facebook's own security omissions had aided it.

Citizens committed to democracy were not the only ones using social networks. Tyrants and extremists used them, too

Yuval Noah Harari and Manuel Castells have reflected recently on the crisis of the liberal narrative, and on democracy in particular. Harari finds that while a robot rebellion in the near future is unlikely, democracy will face increasingly frequent online challenges. Armies of bots, using the information we provide online, will seek to sell us not only commercial products but also political products and ideologies.

And for Manuel Castells, liberal democracy is suffering an acute crisis of legitimacy, because its foundational institutions have lost the trust of their citizens. In 2019, Castells claimed liberal democracy had exhausted its historical trajectory, citing verses by Octavio Paz: 'Not what it could have been: / it is what it was. / And what it was is dead'.

Among social science scholars, democracy is one of the most hotly discussed subjects. The Loop’s conversation about the Science of Democracy shows how there are multiple ways of defining and redefining the concept. In their classic work on 'democracy with adjectives' Collier and Levitsky managed to identify 550 sub-types of democracy.

What is certain is that after the process Samuel Huntington called the third wave of democratisation, most of the countries involved managed to maintain a democratic political regime. Many of these were Latin American. However, if we look at any democracy index, we see that democracy is almost totally restricted to certain regions of the world. These are the West, Latin America ('the other West'), Oceania, Japan and South Korea.

In the rest of the world, however, democracy is exceptional and infrequent. Some recent democratisation processes that held promise, such as the Arab Spring, have ended in failure.

One way to address the interrelation between technology disruption and democracy is through the dimension of rebellion – democracy as rebellion. Richard Youngs said recently that 'The narrative of democratic crisis and the populist surge is too one-sided. European politics are/live in fact in a state of push-and-pull between democratic rollback and democratic revival'.

We can draw some significant parallels between these European contexts and what is occurring in several Latin American countries, such as Chile, Ecuador, Venezuela and Brazil. There is a counterbalance between, on the one hand, populist authoritarianisms that misuse information networks and private data. On the other are the quick and more spontaneous protest methods used by alternative social movements. These movements show us how we can indeed achieve democracy through rebellion.

The right to say no, to revolt against what you consider unfair, false or unethical is a cornerstone of democracy

Markus Pausch asks us to consider the importance of resistance and rebellion for maintaining the spirit of democracy. Analysing the works of French essayist Albert Camus, rebellion emerges as one irreducible sphere of democracy. Camus also puts forward several arguments for a theory of democracy as rebellion.

Its bottom line is the right to say no, to revolt against what you consider unfair, false or unethical. Revolt and rebellion are not revolution. They do not follow a complete ideological programme to change the world in a certain meaningful way, or in some historical direction. They do not take up arms to fight for power or to bring down the enemy, unless as self-defence or resistance to occupation. Revolt and rebellion are more spontaneous, and do not necessarily lead to systematic democracy.

If we interpret the world as having no final meaning, the attitude of rebellion is radically democratic. It is especially so when complemented by dialogue and self-awareness that one’s own beliefs or convictions can also be mistaken.

The danger of internalising tyrannical values should be our main concern regarding AI, big data, networks, bioengineering and democracy

Of course, besides freedom and the right to rebel, there must be some consciousness of disagreement, of rejection of the unjust and the will to act against. Minds themselves can be 'hacked'. And when this occurs, it is the ultimate peril of power, because subordinates fall under tyrants' spell. Franz Fanon, in Black Skin, White Masks, showed this eloquently in the realm of colonisation theory. Colonisers can convince the colonised to internalise the need for colonisation. This is what should worry us most about Artificial Intelligence, big data, networks, bioengineering and democracy.

New technology has affected democracy in several ways. So far, some of the companies involved have proffered apologies, and promised to implement measures to mitigate the negative effects. But these companies continue to control information, with unprecedented potential for abuse. It is dangerously complacent of us to imagine that they alone will solve the problem. 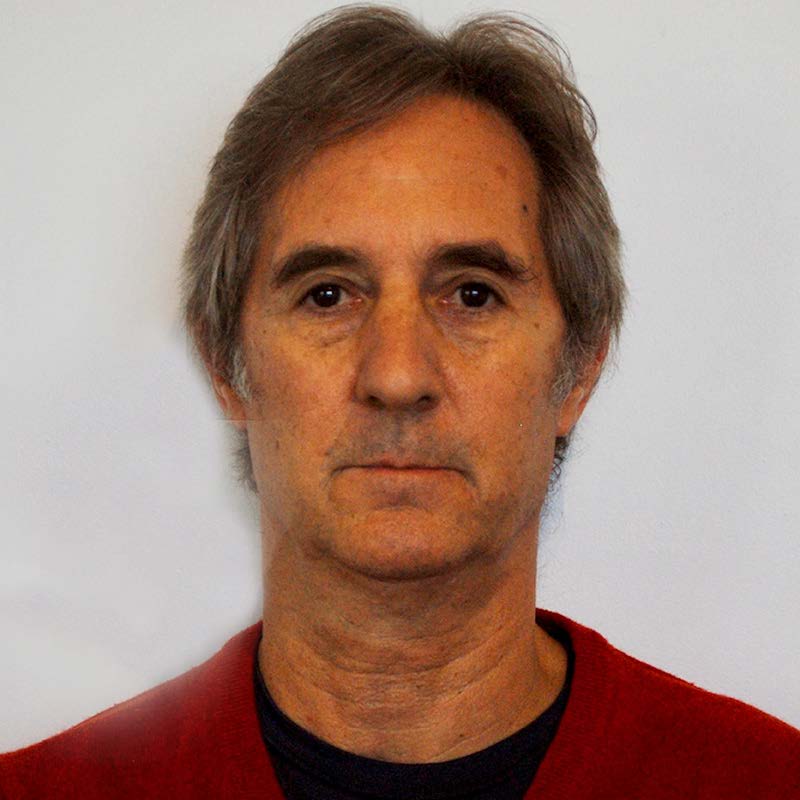 He has written multiple journal articles, and is the author of ten books, including (with Kirk Bowman) Lessons from Latin America: Innovations in Politics, Culture, and Development. 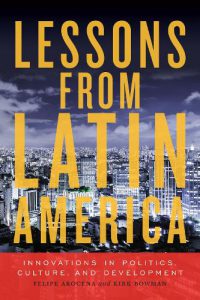 Felipe has been a visiting professor at universities in North America, Europe and South America.

He is a three-times winner of Uruguay’s National Literary Award.