🌊 Orbán is returned to power in Hungary

Viktor Orbán has just emerged victorious in the Hungarian national election of 3 April, despite his pro-Russian stance and friendship with Vladimir Putin, which had been expected to tarnish his party Fidesz’s popularity. Kinga Koranyi argues that Fidesz managed to turn its response to the war in Ukraine into a successful campaign tool

Last night, Fidesz achieved a two-thirds majority for the fourth time in a row, capturing a staggering 52.9% of votes. Supporters of the united opposition, which gained only 35% of votes, were left in shock. Orbán's pro-Russia stance stands out among EU states. Most Hungarians condemn the Russian invasion of Ukraine, and observers predicted Orbán's stance would cost Fidesz at the polls. But this was not the case, because Orbán moulded the narratives of the government's response to the war into a seamless extension of his highly successful populist campaign strategies.

Over the past decade, Hungarian economic interests have become heavily dependent on Russian investments. Coupled with Orbán’s reluctance to call out Russia on the international stage, observers have rightly dubbed Hungary Russia’s Trojan horse in the EU.

An earlier contribution to this series notes how deteriorating rule of law has put Hungary's EU membership under pressure. This tension resurfaced after Russia's invasion of Ukraine. Hungary is a NATO and EU member state. Yet it has shown the greatest reluctance to comply with proposed sanctions against Russia, most recently opposing EU energy sanctions. Hungary has officially condemned Russia’s invasion of Ukraine. But Orbán’s goal has been to keep relations with Putin as cordial as possible.

This precarious balancing act has drawn widespread international criticism. In a speech to EU leaders, Volodymyr Zelenskiy singled out Orbán for his reluctance to support Ukraine.

We will not let Hungary be swept into the war, so we will not send soldiers and weapons to Ukraine. I made this clear to PM Zelenskiy as well. For us, Hungary comes first!

‘Putting Hungary first’ has been Orbán’s overarching strategy to shift the narrative away from supporting Putin, but he was aware that this might not bode well with most Hungarian voters ahead of the election. Instead, therefore, Orbán managed to present himself as the ‘strongman’ — defending Hungarian interests domestically through three responses to the war.

Defender of all Hungarians

Immediately after Russia invaded Ukraine, Orbán rushed to the Hungarian-Ukrainian border. He wanted to welcome refugees from Zakarpattia, a west-Ukrainian oblast in which 150,000 residents identify as Hungarian. The welcoming attitude towards Zakarpattian refugees is rooted in Fidesz’s irredentist politics towards formerly Hungarian territories lost at the Treaty of Trianon after World War I.

This nationalist narrative has returned to the fore of identity politics since Orbán came to power. We should not underestimate its importance. Endless discussions of ‘Greater Hungary’ ignite a hugely successful nationalist agenda that seeks to unite ‘all Hungarians’, regardless of citizenship. The new Hungarian Constitution even declared the date the Trianon Treaty was signed, 4 June 1920, one of the greatest tragedies of Hungarian history.

By broadcasting his humanitarian trip to posts along the Ukrainian border, Orbán appeared a calm, collected saviour of Hungarians fleeing Ukraine. And Ukraine is a country the Trianon narrative portrays as discriminatory towards Hungarian minorities in the first place! Orbán acted swiftly and — thanks to the lack of independent media in Hungary — was able to publicise his mission. This allowed Orbán to cast himself the capable ‘defender of the nation’.

Defender of the economy

Most EU member states agreed to impose sanctions on Russia’s energy sector in Europe. Hungary’s reluctance, however, has watered down the latest EU sanctions package. Hungarian citizens are weary of Russian aggression, remembering the 1956 Soviet invasion that toppled the revolution. Orbán, however, found a compelling way to justify Hungary’s resistance to sanction Russia. Unfortunately, Hungarian households would bear the brunt of such measures. Millions of Hungarians receive the government e-newsletters. Before the election, these reminded citizens that 85% of Hungarian households rely on Russian gas, and 64% of oil imports come from Russia.

We cannot allow Hungarian families to pay for this war

What's hidden, of course, is that Orbán is responsible for Hungary’s over-reliance on the Russian energy sector in the first place. He has shifted blame onto the EU, and to opposition politicians calling for tougher sanctions that would cripple Hungarian households and small businesses.

In early March, the Hungarian forint reached an all-time high against the Euro. This sparked widespread fears of economic collapse. Orbán attributed this to the EU’s insistence on sanctions, which had rendered the forint vulnerable to speculatory attacks.

Orbán’s vetoes on sanctions have thus become synonymous with the well-established narrative of taking a stance against Brussels to ‘preserve Hungarian families’ peace and financial security’. The EU was a quintessential part of Orbán’s hate campaign leading up to the election, just as it was in the previous election. Orbán presented Brussels as the imperial oppressor of Hungarian national identity and interests.

The Hungarian united opposition wished to comply with NATO’s plans to send weaponry and deploy personnel in Ukraine. To the dismay of Poland and other members of Hungary’s usual Visegrád alliance, Orbán blocked the supply of weapons from Hungary. Sending weapons to Ukraine would mean provoking Russian attacks in western Ukraine, where Hungarian speakers reside — an act of warmongery. We can certainly interpret this so-called ‘strategic calmness’ as a gesture to Putin. Yet Orbán managed to turn this war strategy into an advantageous campaign move, too.

The opposition is siding with war. Because what they propose would engulf us in war. Don’t let this happen! Peace or war? This is at stake on 3 April

Mere days before the elections, the opposition found itself defending its desire to partake in a common European response to the war. This is because Orbán misconstrued their intentions. ‘Only Fidesz can uphold peace, only Fidesz can protect our families’. This was a powerful counter-rhetoric in face of the image of warmongery and jeopardising of Hungarians’ lives which, according to Fidesz, the opposition was espousing.

Both before and during the election campaign, Orbán successfully perpetuated a father-like image of himself as the ‘protector of Greater Hungary’. By so doing, he has been, as Luca Manucci claimed earlier in this series, feeding on Hungary’s fascist ghosts. Appearing as the sole defender of Hungarian economic interests, and discrediting the opposition were certainly not new tools in Fidesz’s election campaign arsenal. And they proved to be hugely successful in returning him to power for a further term of office.

No.12 in a thread on the 'illiberal wave' 🌊 sweeping world politics 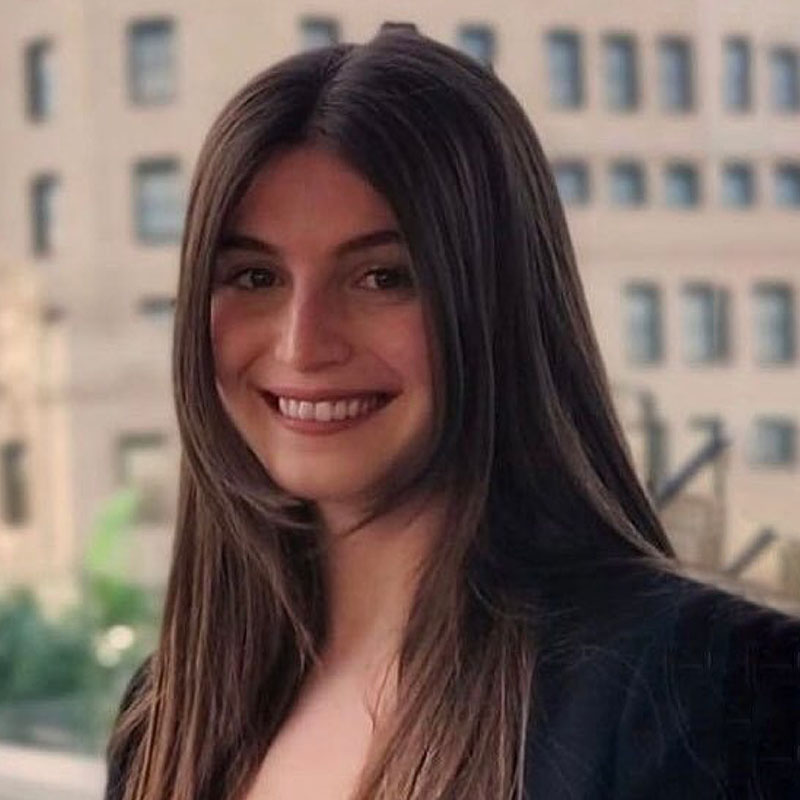 Kinga's research explores the conditions for the emergence of welfare policy transfers in a comparative framework, focusing on Canada, Switzerland and the United States, in order to understand contemporary and future policy directions for the EU’s cohesion agenda.

She holds a Bachelor of Arts in History and Political Science from McGill University, and a Master of Arts in European Studies (European Policy) from the University of Amsterdam.

Her MA thesis investigates the implementation and monitoring of EU cohesion funds in Hungary.

🌊 Orbán is returned to power in Hungary