According to Rafael Khachaturian, Jean-Paul Gagnon’s lexical approach misses the interpretive dimension of democracy. Instead, he argues, we need a self-reflexive theory of concept creation that treats democracy as an unfulfilled political project

Jean-Paul Gagnon has written a provocative piece. He argues that we must reorient the study of democracy away from the personal, intuitive, and arbitrary reflections that have largely defined it up to now. Gagnon instead proposes a 'lexical approach' modelled on the practices of information gathering in the natural sciences. This approach systematically documents and categorises the various instances of democracy across many different contexts.

The rhetoric of democracy is mutable, but we must resist the temptation to look to data for a solution

I agree with Gagnon that discourses of democracy are messy, overlapping, and imprecise. As Wendy Brown has noted, a 'vacuity of meaning and practice' characterises democracy today. For Brown, the difficulties – or perhaps impossibility – of self-rule in our modern structures of political power have led democracy to become a floating signifier. The term itself has been emptied of substantive content and made subject to diametrically opposed claims.

Given this imprecision of the rhetoric of democracy, it is tempting to look to data and empirics for substance. However, I disagree with this proposal for two reasons.

Our first difference is on the premise that it is possible – or even desirable – to build an exhaustive database of democracy that we can offer to both public and private actors. (And for what purposes?) As Matthew Flinders notes, Gagnon’s argument is informed by a positivist and naturalist conception of knowledge. It assumes, firstly, that such a project of gathering, labelling, organising, and digitising various types of democracy is feasible. And secondly, that this is a necessary prerequisite for interpretation, evaluation, and democratic innovation.

In a naturalist fashion, Gagnon turns the processes of evidence gathering and interpretation into a sequence. In order to be scientifically valid and meaningful, usages of democracy must first be systematised. Only then can we understand their meanings in relation to each other. This would keep democracy from being arbitrary, intuitive, or merely conventional. Yet he says little about the epistemic vantage point of the scholars doing this work.

Gagnon does not deny that there is an interpretive and intersubjective element to the uses of democracy in his database. However, scholars of democracy are themselves not external to the power dynamics and social totality in which the hermeneutic games of democracy take place. My research on knowledge production in political science concerns concepts such as 'democratic transitions' and 'the state'. I have argued this process of information gathering is always conditioned by those participating in this enterprise. Their conscious and unconscious motivations, ideologies, and value-judgements shape their results.

The facts themselves are not innocent, and would quickly drown out the possibility of emancipatory, critical democratic theory

Gagnon’s call would thus lead us down a rabbit hole of a taxonomic project. At first glance, it appears to be simply gathering information about the world 'out there'. Yet without making explicit the paradigm or problematic in which this information-gathering and sorting was taking place, the prior rationale behind our decisions about categorisation remains obscured. The 'mountains of data' of the empirical 'facts' would quickly drown out the possibility of an emancipatory and critical democratic theory. The facts would themselves never be innocent.

In contrast, I believe we must begin from a self-reflexive conception of democracy. In this, meanings are shared and constructed through social practices – including those of scholars and democratic activists themselves. And as Tom Theuns points out, to grasp these plural meanings, we need democratic theory. Our starting point should be theoretical elaboration, not the 'raw' empirics of democratic invocations.

This leads me to my second key disagreement. Gagnon suggests that without this preliminary gathering of data, conceptions of democracy remain tainted by our subject positions and thus necessarily arbitrary and guided by convention.

Is this the case? Let us consider as an example James Miller’s recent book, Can Democracy Work? In this sweeping survey of democracy over 2,500 years, Miller captures the many permutations of democratic politics and institutions. For Miller, democracy is neither a Platonic form, a Hegelian essence realised in history, or an aggregate of empirical data points. It is a multifaceted, polyvocal set of ideas and practices that reappear periodically in the form of an unfulfilled desire for equality, autonomy, self-determination, and participation. This makes the democratic project 'inherently unstable', contestable, and incomplete – and also a keystone of modernity.

Miller’s account has shortcomings. His Arendtian reticence at the transcendent democratic visions of the French and Russian Revolutions leads him to instead embrace the 'nonviolent, self-limiting revolutions' that ended the Cold War and inaugurated the short-lived (1989–2001) triumph of liberal democracy. Miller approaches democracy as an inherently unrealisable ideal, leading him to sidestep questions about what it could mean to democratise currently existing institutions or to found these institutions anew. In this way, the alleged past excesses of democratic uprisings circumscribe today’s democratic innovations and possibilities before they even begin.

The absence at the centre of modern democracy is productive; it has always been a process of reinvention

Nevertheless, Miller usefully illustrates how the constitutive absence at the centre of modern democracy is also productive. Disaffection with institutionalised power enables extraordinary moments of collective mobilisation. These reinvigorate our conceptions of what popular power, solidarity, and self-determination can mean. In this, I agree with Kyong-Min Son: modern democracy has always been a process of self-organisation and reinvention.

More than that, it also means that contestations over the boundaries of democracy are always already internal to its structures. We can understand democracy as a set of political practices that both self-consciously draw on history and aim at a democratic horizon that seeks to realise – however partially – modernity’s original promise of autonomy and equality.

Studying democracy in this way makes it neither arbitrary nor conventional. Rather, it is the precondition for understanding how people construct meaning and act politically in circumstances that are rarely of their own choosing.

Number 42 in a Loop thread on the science of democracy. Look out for the 🦋 to read more in our series 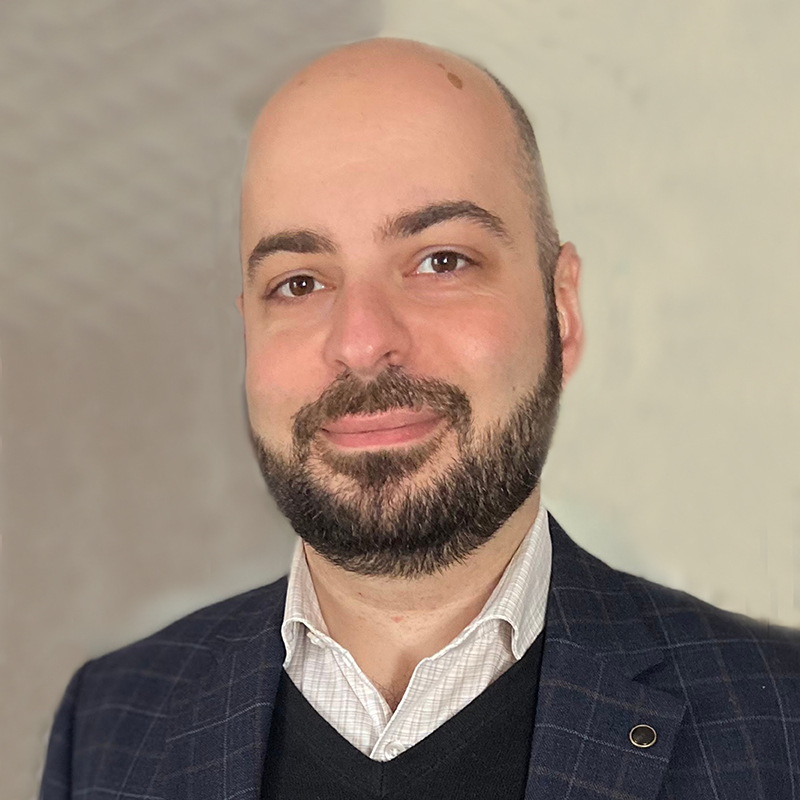 Rafael is a political theorist working at the intersection of contemporary democratic theory, critical theory, and the history of the social sciences.

His research focuses on the changing character of capitalist-democratic regimes since the Cold War, and their effect on democratic subject formation, conceptions of the state, and left social movements.

His dissertation, Discipline, Knowledge, and Critique: Marxist Theory and the Revival of the State in American Political Science, 1968–1989, won the 2018 Stephen E. Bronner Dissertation Award from the Caucus for a Critical Political Science.