Mahatma Gandhi was more than just the Indian independence leader as which we remember him today. Nor was he simply the father of the Indian nation. He was also one of the key twentieth century figures in non-western democratic theory. Without Gandhi, nonviolent democratic theory would not have come into general use in global civic resistance against authoritarian regimes around the world.

Nonviolence as tool for democracy building

Gandhi turned the religious concept of ahimsa (non-harm), common to Eastern religions like Buddhism, Hinduism and Jainism, into a democratic tool for mass resistance. In this way, he updated the old notion of ahimsa by making it relevant to the urgent problems of democracy-building in the modern world.

Gandhi’s philosophy of democracy introduced anti-monistic and pluralistic dimensions to the diversity of cultures and faiths in the Indian subcontinent. His appeal to a nonviolent democratic theory was based on an inclusive and dialogical idea of living together. This idea disapproved of national or religious self-centredness and fanaticism in all forms. As such, nonviolence was presented not just as an instrument of political struggle and social emancipation. It was also articulated as an essentially moral imperative for democracy building.

From Gandhi’s point of view, democracy was both a political mode of organising society and an ethical manner of communitarian conduct. The ethical and the political were one and the same in nonviolent democratic theory.

An anti-populist and anti-elitist democracy

If we consider Gandhi’s deep ethical view of politics and imagine him among us today, it seems certain that he would be troubled by the Machiavellian essence of politics – and its populist and demagogic end results – in many parts of the world, including India. In a sense, Gandhi’s view of democracy starts where party politics end.

What Gandhi understood by democracy was not the technique of power making and party organising. Instead, it was the art of ethically organising society. That is why the Gandhian view of democracy is at the same time anti-populist and anti-elitist.

Gandhi's democracy was the art of ethically organising society, not the technique of power making and party organising

Gandhi’s appeal to the citizens as the heart of self-governing politics is based neither on a Manichaean friend-enemy distinction, nor on the supreme will of the masses. He opposed the rule of mobs and populism when conducting politics and organising society in the name of democracy.

In his words, 'Those who claim to lead the masses must resolutely refuse to be led by them'. He went on to note that it was not only not enough to protest one's own opinion while surrendering to the mass, but that '...in matters of vital importance, leaders must act contrary to the mass of opinion if it does not commend itself to their reason'.

Gandhi considered contempt for civic virtue as a betrayal of his philosophical and political quests for truth. For him, citizen governance, unlike state-oriented and party politics, was never inclined towards unexamined and obedient masses. It was, instead, a product of mature citizens. The twin concepts of self-transformation and civic maturity were an integral part of his theory of nonviolent democracy.

For Gandhi, democracy was an exercise of human maturity. He resisted all forms of political action that were separate from a quest for self-realisation and self-reliance of the individual. At length, he came to the conclusion that 'it is possible to introduce uncompromising truth and honesty in the political life of the country… [in order to make] the people strong and self-reliant'.

Freedom was an affair of conscience. Therefore, ethics preceded politics. Gandhi's pervasive and penetrating regard for the self-realisation of citizens inhabited his prioritisation of the ethical. It was intrinsically related to his definition of the validity of human maturity. That is why he used the Sanskrit concept of Swaraj (self-rule) to characterise the two democratic principles of self-rule and self-government.

Gandhi did not consider Swaraj as the end of British rule. It was more comprehensive than that; a substantial break with what he considered the dark side of modernity. It is possible this is the main reason behind the publication of Gandhi’s seminal work, Hind Swaraj. In this, he again used the concept of Swaraj to flag his philosophical and political position regarding modern civilisation. Among other things, Gandhi criticised those Indian nationalists who wanted 'English rule without the Englishman' – 'the tiger’s nature, but not the tiger'.

Swaraj was not just the end of British rule. It was a substantial break with what Gandhi considered the dark side of modernity

Instead, Gandhi saw Swaraj as the golden rule in the making of democracy in India and beyond. This meant that political self-rule went hand in hand with individual self-realisation and self-regulation. Self-realisation of the individual was not simply a right, but a duty for all humans. Gandhi seemed to suggest, therefore, that Swaraj was neither a metaphysical belief nor a simple political system based on democratic citizen rule.

Swaraj had to be realised by autonomous individuals. Those individuals also needed to be aware of the real task of emancipation and the true quality of freedom. As Gandhi explained, 'The outward freedom that we shall attain will only be in exact proportion to the freedom to which we may have grown at a given moment. And if this is the correct view of freedom, our chief energy must be concentrated upon achieving reform from within.'

Democracy, as Gandhi understood it, was both a work of political autonomy and an act of human solidarity. This nonviolent democratic theory helped him to replace the Hobbesian security paradigm of politics, in which the state is a political agent responsible for implementing the requirements of human security. He replaced it with his own paradigm of empathetic nonviolence and democratic self-government.

As a result, Gandhi’s project of empathetic emancipation through nonviolent action had the twin objectives of bringing about a truly democratic transformation of society, and thereby securing an ethical social order. 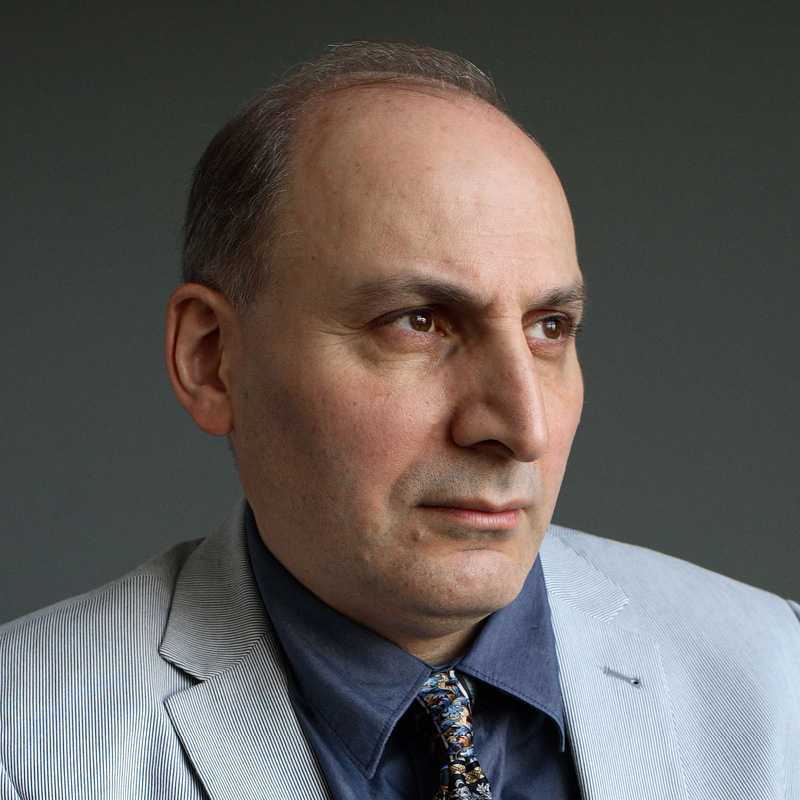 Ramin is a political philosopher.

In April 2006, Ramin was arrested at Tehran Airport, and charged with preparing a velvet revolution in Iran. He was held in solitary confinement for four months and released on bail.

He is the winner of the Peace Prize from the United Nations Association in Spain (2009) for his extensive academic works in promoting dialogue between cultures, and his advocacy for non-violence.

Ramin is the author of thirty-two books in English, French, Spanish, Italian and Persian. Most recent are: 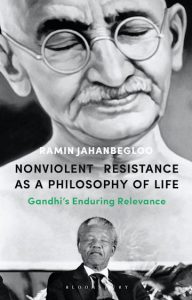 Nonviolent Resistance as a Philosophy of Life (Bloomsbury 2021) 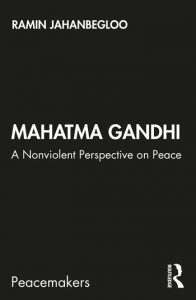 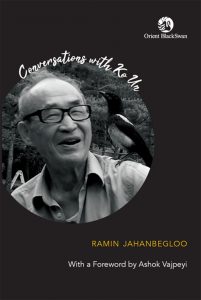