The hegemonic rise of Hindu nationalism and Hindu populism in India has trapped Indian Muslim minorities. The secular Indian state appears to be developing into a Hindu authoritarian state, and one where violence against Muslims is normalised, argues Amit Singh

A genocide in the making

Hindu populism is the use of Hindu nationalism and religion as a basis for populist politics. Despite significant similarities, however, Hindu populism and nationalism are not the same concept. Populists can exploit the majority religion and exacerbate religious conflicts.

Modi is not a typical populist; instead, he belongs to a hybrid category. He supports the Hindu majoritarian view of the nation, and incites public emotions of Hindu pride and patriotism. Since Modi’s populist call to Hindu nationalism, India’s 200 million Muslims find themselves potentially on the brink of impending genocide. They are victims of everyday Islamophobia and hate speech.

One aspect of religion particularly useful for populists is the divisive binaries that religion creates by dividing people into ‘us’ and ‘them’. In this case, ‘us’ means indigenous, pure, and a patriot, while ‘them’ refers to a state of being foreign, promiscuous, and a traitor. The Hindu populist-nationalist framework considers a Hindu a ‘son of the land’, sacred and loyal to the mother India. Muslims and Christians, meanwhile, are labelled invaders, disloyal to the nation.

Hindu nationalists demand total assimilation of religious minorities. This withholds any special constitutional privileges which would allow minorities to keep their distinct religious identities. Minorities also carry the burden of having to prove their loyalty to the nation.

Populist Hindu nationalism thrives on communications aimed at emotional governance. These messages provide emotional security to an insecure Hindu electorate on the basis of religion and the masculinisation of nationalism.

'Religion' and 'nationalism' are the two most important identity signifiers giving stability and security to the Hindu majority in times of perceived crisis. Hindu nationalists view the roots of this crisis as lying in Muslims’ growing population which will, some claim, turn India into a Muslim nation by 2027.

Populist Hindu nationalism has played a pivotal role in demonising Muslim minorities and inventing an image of a lost India that needs rescuing by the majority Hindus. Thus, religion has become a critical dividing line.

‘Chosen trauma’ is the shared mental representation of a massive trauma that a particular group's ancestors suffered at the hands of an enemy. Right-wing populist leaders constantly invoke such ideas to mobilise majoritarian politics.

In the Indian context, Prime Minister Modi frequently invokes chosen traumas to highlight the injustices Hindus have experienced under Muslim rule in India, so stimulating religious polarisation and prompting Hindus to take vengeance against Muslims.

The Islamic invasion of India between the 12th and 16th centuries, and the partition of India and Pakistan in 1947, are significant events in the country’s history. Hindu nationalists describe them as historical traumas, and harness them to generate narratives of rage, fear and anxiety among the Hindu majority. This usually results in Islamophobia and the normalisation of violence against Muslims.

The electoral victory of the Hindu nationalist party and leaders has, to some extent, been shaped by the selective use of chosen traumas. These have strong emotional populist appeal among the Hindu majority.

Conservative appeals to restore the ancient glories and values of the Hindu religion, as well as the mythical kingdom of Lord Ram, still prevail among religious Hindus. In the Hindu imagination, ancient India was a perfect state until the Muslim invader ruined India and polluted Hindu culture. Under Modi, the Hindu nationalist party called on Hindus to vote for it on a promise to restore the glory of ancient India, under a masculine, magical, aggressive and strong leader.

Narendra Modi has participated in religious ceremonies at Ayodhya and the Kashi Vishwanath temple. This indicates that India is gradually moving towards becoming a Hindu nation and thus abdicating its secular identity. In an Indian Hindu nation, the Muslim will be a second-class citizen.

In their efforts to recover the lost glory of India, Hindu nationalists pursue a number of policies. These include securing the Babri mosque site for a Hindu temple and renaming places with Hindu names (often replacing Muslim names). Simultaneously, they have been stripping Jammu and Kashmir of its special status through the dilution of Article 370, and moving towards a new citizenship law with the potential to exclude Muslims from Indian citizenship.

India is gradually abdicating its secular identity, and acts of violence against Muslims have a certain appeal among core Hindu nationalist supporters

Bulldozing the homes of Muslim protestors has almost become a populist policy of Hindu nationalism in the Bhartiya Janta Party-ruled states of Uttar Pradesh and Madhaya Pradesh. Acts of violence in full public view against Muslims have a certain appeal among core Hindu nationalist supporters.

Hindu nationalism as a populist discourse keeps religion in play and enhances religiosity by preserving religious identities. This has created a social distance between religious communities, as is apparent in the growing animosity between Hindus and Muslims. The reluctance of the Hindu community to condemn violence against Muslims also reflects this. There is also a general apathy towards the rights of religious minorities.

The combination of Hindu nationalism and Hindu populism has exposed Indian Muslims to a form of state-sponsored violence. Muslims remain the enemy to be excluded. 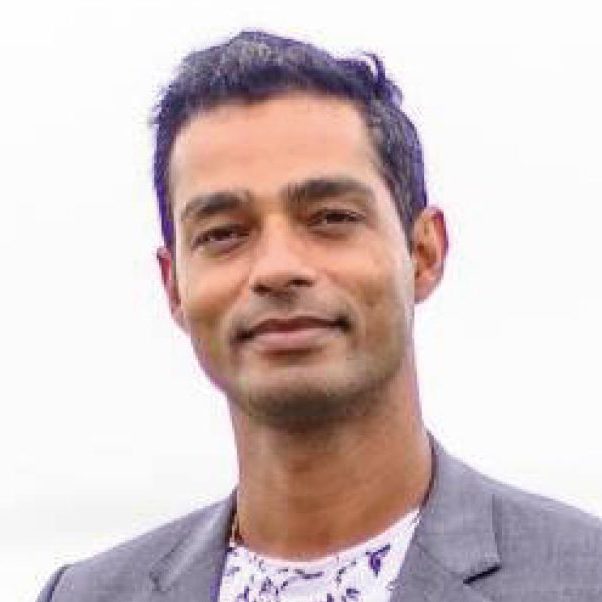 Amit's doctoral research is focused on the conflict between human rights and religion, centred on Hindu nationalism, Hindu populism, secularism and freedom of expression in India.

His research interests are right-wing extremism, populism and human rights, and he has written several research articles and books.

Amit is a Sylff fellow at the Tokyo Foundation for Policy Research, Japan, holder of a Slovakian national scholarship, and a research associate at the Centre for the Study at the Indian Languages Society in India.

He regularly writes opinion articles and appears in public debates. 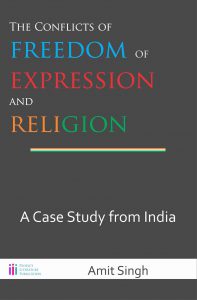 The Conflicts of Freedom of Expression and Religion: A Case Study from India
People's Publication Literature (2018)