Democratisers vs autocratisers: Great Power competition and the path to democracy

Promoting democracy without challenging external autocratisers and checking local democratic elites may be counterproductive, argues Zarina Burkadze. Great power competition has always had an impact on the domestic politics of small nations, and this is apparent in the conflicts and international politics of today

On February 24, 2022, the Russian invasion of Ukraine showed the importance of international legal mechanisms and organisations in overcoming the consequences of immoral foreign policies. After the defeat of fascism in World War II and communism following the Cold War, the liberal international order was created. This was an attempt to stop powerful states from doing what they wish as small nations suffer the consequences. Designing rule-based institutions made state behaviours less uncertain. It pushed them towards cooperation for shared prosperity and democratic governance.

Conversely, great power competition may facilitate a democratic transition by empowering diverse veto players within the polity. Democracy and autocracy promoters pursue competing strategies, and thereby provide contending elites with tangible guarantees against overthrow. This containment provides a stable environment for building democracy and imposes institutional constraints on the actors from all sides. It therefore curtails the unwillingness of domestic actors to democratise.

Western democratisers had different approaches to spreading liberal ideas and designing democratic institutions. This led to striking variations in democratic performance in post-Soviet states. The openness of local elites towards democratising pressures, the legacies of prior regimes, geopolitical factors, and the rise of authoritarian great powers were believed to explain such variations.

Conventional wisdom holds that competition between the promoters of democracy and autocracy hinders democratisation by countervailing democratising efforts. This conviction rests on the successful cases of the Baltic states, Hungary and Poland. These states consolidated their democracies under the influence of Western coercive and soft-power incentives. However, similar geographic proximity was not a factor for Belarus. There, President Lukashenko consolidated authoritarianism and strengthened ties with Russia to replicate its authoritarian polices.

Two separatist conflicts and the Tbilisi Civil War shaped Georgia's nascent phase of democratisation. The lack of favourable structural opportunities and unstable political situation left democracy promoters with little confidence. Nevertheless, since Shevardnadze’s Presidency, Georgian political and civic elites have formed linkages with Western-dominated international organisations, and strived for NATO and EU integration. Georgia has been one of the biggest non-member contributors to NATO peacekeeping missions.

Russia promoted authoritarianism in Georgia as well as Moldova and Ukraine. This took place through reinforcing illiberal groups and authoritarian leaders, as well as attempting to overthrow democratically elected governments in both Georgia and Ukraine. Putin’s wars against Georgia in 2008 and Ukraine in 2014 and 2022 are stark examples of encroaching on the sovereignty and democracy of these states.

Threats coming from Russia led Georgia to find new allies, among which the United States was the leading external democratiser. It is difficult to assess the efficacy of EU conditionality on Georgia’s democratic performance, as it has only recently been granted the prospect of membership. Regardless of its rocky democratisation, Georgia transformed itself into an electoral democracy. It stood as the democratic forerunner in the EU’s Eastern Partnership states.

Unfortunately, a number of decisions by Western powers have emboldened Russia to pursue military aggression, first against Georgia and then against Ukraine. These including the US-Russia reset policy, refusing a NATO membership action plan to Georgia and Ukraine, and leaving Russia unsanctioned when it attacked Georgia during the 2008 August War.

Unfortunately, a number of decisions by Western powers have emboldened Russia to pursue military aggression, first against Georgia and then against Ukraine

The European Commission’s recent decision to deny Georgia EU candidate status has the potential to increase controversies among its disoriented political elites instead of decreasing polarisation. The impression that the EU has abandoned Georgia irrespective of its reforms, and despite it being the first country attacked by Russia, gives pro-Russian forces an advantage. It allows them to spread disinformation in order to erode popular trust in Western organisations. Yet the decision may also push political elites to think of power sharing and the next peaceful power transition.

The emergence of democracy

Competitive pressures form effective sanctioning mechanisms against local elites and correct power imbalances. In the early stages of the Georgian democratisation, Russia’s dominance strengthened antidemocracy forces until Shevardnadze countervailed them. His engagement with Western democratisers led to the Rose Revolution, the first peaceful power transfer in 2012, and the emergence of democracy. Thus, the democratic world should maintain a competitive force of democracy promotion. 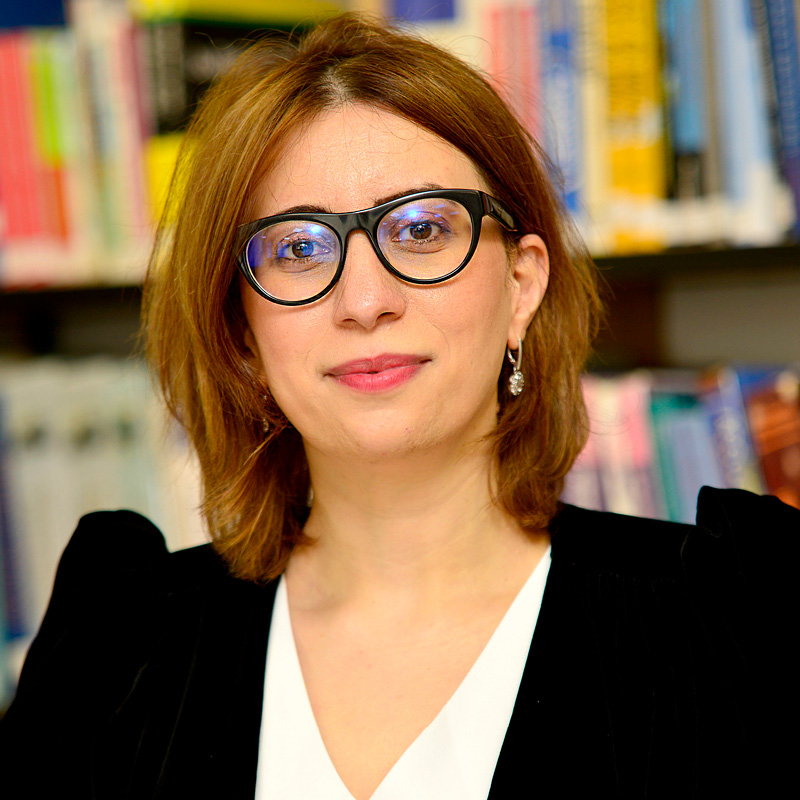 She holds PhD in political science from the University of Zurich.

She also serves as a Secretary General and founding member of the Georgian Association for Public Opinion Research.

Dr. Burkadze is the author of Great Power Competition and the Path to Democracy – The Case of Georgia, 1991-2020, Rochester University Press, 2022. 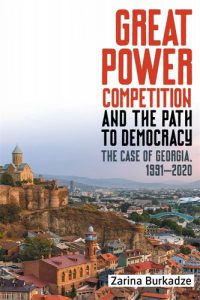 Democratisers vs autocratisers: Great Power competition and the path to democracy

2 comments on “Democratisers vs autocratisers: Great Power competition and the path to democracy”