🦋 We need democracy to be able to discuss democracy

Collecting the words of democracy like butterflies is a worthwhile endeavour. But it doesn't work without normative valuation and a democratic context. The butterflies are not only around us, but in us! And they need an intact environment to survive, writes Markus Pausch

On the way to a dictionary of democracy

More than a decade ago Jean-Paul Gagnon began to gather, like a butterfly collector, the words of democracy, and the meanings ascribed to it, in a wide variety of contexts. His project has instigated a scholarly debate on The Loop, about the epistemological value of his endeavour – and about democracy itself.

We can approach the crucial question 'What is democracy?' in different ways. We could do it from a normative-theoretical perspective and choose a concept more or less arbitrarily. Gagnon claims that this is the way most people have gone so far.

But he has a counter-proposal. This is that we should describe what is understood by democracy worldwide from an empirical perspective. And we should try to consider all empirically occurring concepts as equally relevant. This, he claims, would be the only way to achieve his sought-after 'total texture' of democracy.

I think this project is fascinating, valuable and promising because it allows for a broader understanding of democracy. The idea of a dictionary of democracy that we, and our students, can look up, and which is constantly being expanded like Wikipedia, is highly appealing.

Can we explore without normative judgement?

The debate about the definition of democracy is reminiscent of the positivism controversy of the 1960s. Back then, Karl Popper, Theodor Adorno and their disciples Hans Albert and Jürgen Habermas, were at odds with each other. Popper argued that science could describe objectively. Adorno argued that every scientist is part of a society, the influence of which they can never escape. Already in choosing the research question, from Adorno’s correct perspective, we make a normative decision. What is or is not a problem cannot be determined objectively. Such determinations depend on values and norms – and these don't fall from the sky.

We should let the butterflies out of ourselves, search our inner world, and compare it with our external circumstances

This also applies to us democracy researchers. The fact that we are interested in democracy at all is already a valuation. We already have an idea of democracy in our minds, and a notion of what is good or bad about it. Otherwise, we would not want to discuss the topic. The butterfly collector finds their specimens in the world around them. The democracy researcher finds part of what they consider democratic and what they welcome as normative within themselves.

We should therefore cast the net not simply to capture the butterflies in our environment. We should let the butterflies out of ourselves, search our inner world, and compare it with our external circumstances. If we analyse well, we will inevitably find a basic normative position driving us.

The search for the butterflies in us

It is perhaps the greatest difference between the butterfly collector and the democracy researcher that the one researches non-human life, but the other researches human beings and society – and thus, always, themselves. Making this explicit and releasing the inner butterflies would be my first suggestion for anyone working on democracy.

Democracy research, I think, cannot do without normative positioning. The debate about this is not new either. We have been familiar with the problem at least since Joseph Schumpeter denied democracy its normative value in the mid-20th century and degraded it to a mere method. However, Shumpeter's minimalist definition, effective and widespread as it was, did not end the democracy debate. Rather, it brought about a flood of alternative, normatively charged, historically-theoretically argued definitions, i.e. many new, colourful butterflies.

This brings us to my second objection. The discussion about the right definition – one could also say 'the dispute' about democracy – is only possible under democratic conditions. I know that this is a paradox, but it seems to me insoluble. And we should at least be aware of this paradox.

The fact that we can have an open, free, argument-based debate about 'democracy' and its meaning today presupposes that free speech, criticism, doubt, dialogue and contradiction are all allowed. In authoritarian conditions, we would not be able to have this debate at all – at least, not the way we do here.

To me the minimum condition of a democracy, its core, is thus the possibility of what I call 'revolt', following Albert Camus. By revolt I mean the rebellion against authoritarianism, the doubt about absolute, dogmatic truths as well as the readiness for dialogue. Only where this is guaranteed can we live in a democracy and talk about democracy. Where doubt and criticism are suppressed, where the monologue of the rulers stifles any dialogue, this is inconceivable.

the minimum condition of a democracy is the rebellion against authoritarianism, the doubt about absolute, dogmatic truths, and the readiness for dialogue

Conversely, this means that if democracy falters again in many states, which has been the case very clearly for some years, then the space in which we can discuss it will also become smaller. This changes the way we talk about democracy. It therefore has a significant impact on the words of democracy and thus, on democracy's total texture. In other words: the existence of butterflies is the precondition for being able to talk about them.

This article is the seventh in a Loop thread on the science of democracy. Look out for the 🦋 to read more in our series 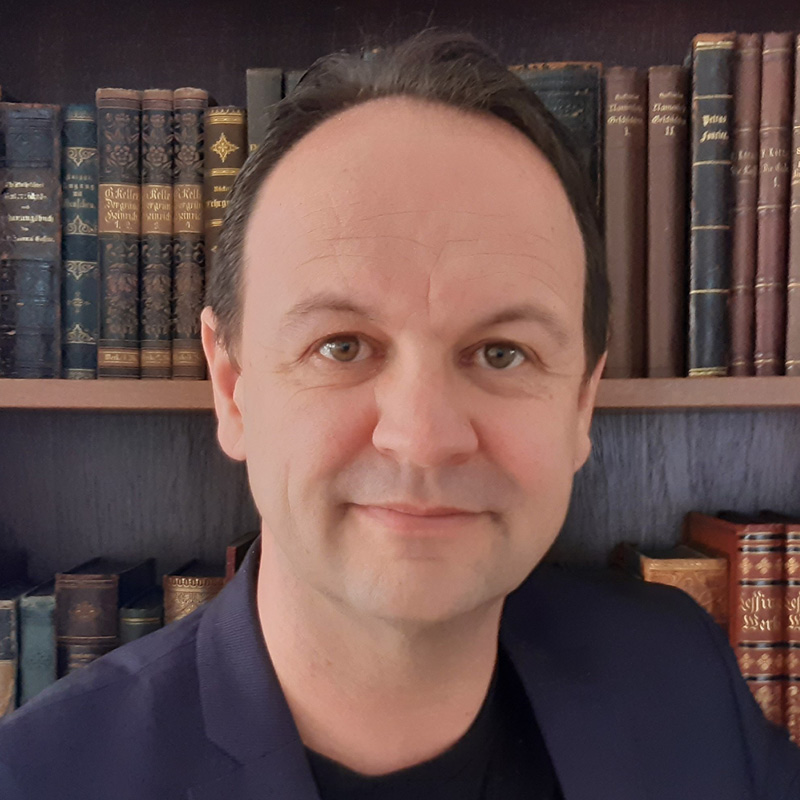 Markus leads projects on various issues of democracy, currently including Resilience Through Education for Democratic Citizenship, funded by the Council of Europe and the EU Commission.

He works on the political theory of the French philosopher Albert Camus, the practical relevance of theories of democracy and is currently researching the topic of polarisation and democratic innovations.

🦋 We need democracy to be able to discuss democracy