Using the lens of illiberalism, writes Marlene Laruelle, we can explore the emergence of a new rightist resistance to the current social and moral order. Illiberalism interacts on a permanent basis with liberalism, and is a by-product of neoliberal ideologies

I define illiberalism as a backlash against the experience of liberalism. It is also a call for a new political and social order that would employ majoritarian, sovereigntist, culturally homogenous, and socially conservative solutions. Illiberalism is not a non-liberal ideology akin to communism, fascism, or Islamism. Rather, it is a challenge that emerges from the liberal framework, a product of the evolution of liberalism.

Illiberalism is a backlash against the experience of liberalism, and a call for a new political and social order

Think-tank literature on illiberalism often explores it only as an external threat, emanating from Russia and China, to the 'West'. The 'West', here, is wrongly presented as systematically synonymous with liberal democracies, which is analytically mistaken. It looks only at geopolitics, at the idea of a competition in norms on the international scene, rather than at something intimately entangled with liberalism, and emerging from within it.

I also seek to avoid constructing a black-and-white dichotomy between liberalism and illiberalism. To that end, I conceptualise illiberalism as answering or challenging some of liberalism’s many scripts (political, economic, cultural, geopolitical, colonial, etc). This means that the relationship between the two terms is context dependent. It evolves in line with liberalism’s changes in time and space. Illiberalism may challenge one script of liberalism or several. In the latter case, it prioritises its challenges differently depending on the context and the moment.

Illiberalism as a product of neoliberalism

By seeing illiberalism as a by-product of liberalism, we can interrogate the gap between liberalism as the archetypal myth of the 'good' regime, and the realities in which many citizens live.

The literature rarely addresses this gap. It remains biased by its own liberal vision, and often studies illiberalism in a normative manner, portraying it as the only and obvious solution to society's ills.

I, like others, challenge that vision. I side with the leftist literature that sees illiberalism as a product of neoliberalism as it has emerged in 'Western' developed societies since the 1980s. Neoliberal ideology is the extreme atomisation of the individual and the search for happiness through consumption and micro-identity politics. Economic neoliberalism is the shrinking of the welfare state and the disappearance of the nation as an economic/industrial entity. Both are directly responsible for many of the illiberal waves we are now facing.

The Left offers some solutions to neoliberalism, both ideological and economic. But the Left is no longer the only alternative to neoliberalism. It now has to compete with illiberalism’s answers.

Once implemented, illiberal responses often tend to reproduce, continue, or aggravate economic neoliberal trends, such as the shrinking of the welfare state. They compensate for this by redistributing symbolic capital to some social groups. Examples include the status of belonging to the core of the nation or representing the right cultural model of the family.

The Left is no longer the only alternative to neoliberalism. It now has to compete with illiberalism's answers

Illiberal solutions also tend, at least in their current form, to weaken if not destroy liberal democratic institutions. This is especially pronounced when it comes to checks and balances, and minority rights protection. Illiberal solutions reinforce majoritarianism as well as conservative values, which seem to have become the main 'fellow traveller' of illiberalism. The renewal of illiberal Christianity as a political and cultural identity has thus blurred the dividing line between the former mainstream Right and the new illiberal Right.

Is there a leftist illiberalism?

Another question that often remains outside the purview of the burgeoning literature on illiberalism is that of the existence of a leftist illiberalism. There are two different notions to which this term could come to refer.

The first is the existence of leftist movements that challenge the liberal social order and promote a traditional view of family, gender, and sexual identities. This combination is rare in the 'developed West', but not in the Global South. From Latin America to East Asia, social inclusivity and economic redistribution do not necessitate liberal mores.

The second notion relates to the transformation of some segments of the New Left in favour of 'identity politics', such as that embodied in the most radical versions of Critical Race Theory. Two elements could put this new trend into the illiberalism basket. One of these is the idea of collective rights being more important than individual rights. This could challenge the universalism of humankind and the notion of individualism as advanced by the Enlightenment. The second element is a new moral order, described by opponents as necessitating the 'cancellation' by 'social justice warriors' of those whose expressions of power (mostly, but not solely, gender and racial) cause hurt.

The literature has yet to tackle that issue without employing a normative lens. It will have to confirm or deny the analytical value of a potential illiberal reading of the New Left.

The concept of populism focuses on the rhetorical division between the people and the elite. The concept of illiberalism, in contrast, recentres the discussion on the future of liberalism; on its challenges and failures; and on its relations with democracy. It opens new venues for scholarship to be harnessed, as well as for policy discussions on the future of social justice, moral order, and better redistributive mechanisms.

No.16 in a thread on the 'illiberal wave' 🌊 sweeping world politics 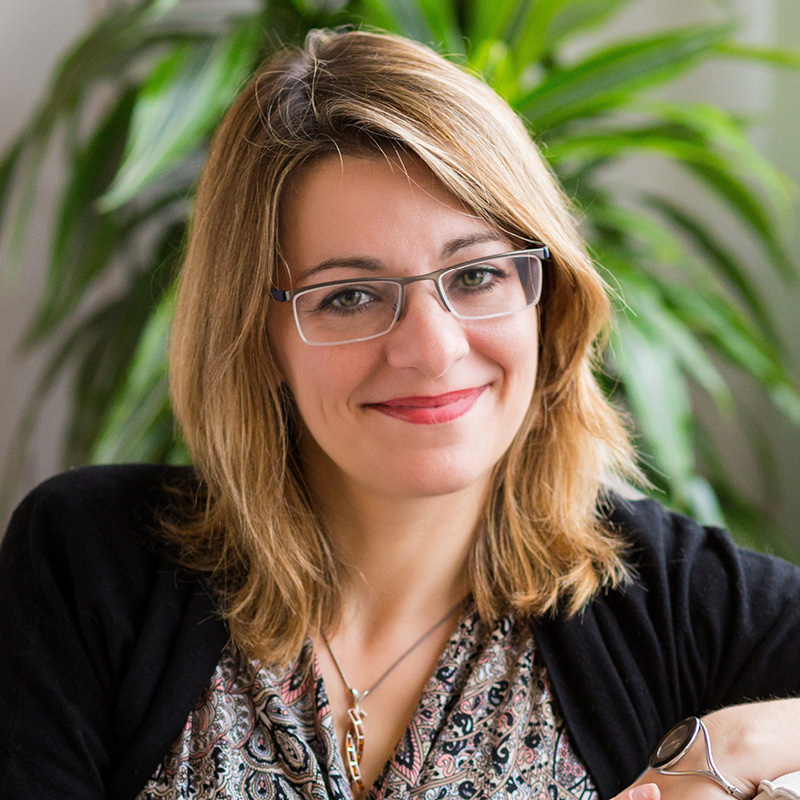 Marlene works on the rise of populist and illiberal movements in post-Soviet Eurasia and Europe.

Trained in political philosophy, she explores how nationalism and conservative values are becoming mainstream in different cultural contexts.

Marlene has been focusing on Russia's ideological landscape and its outreach abroad.

She has also been working on Central Asia's nationhood and regional environment, and on Russia's Arctic policy.