🦋 Not deliberating about democracies is a deadly trap

Responding to Jean-Paul Gagnon’s original blog on the science of democracy, Patricia Roberts-Miller recalls 'Thucydides' trap' to explain the dangers of forcing one meaning of democracy over others, as happened during the Athenian Empire. Silencing other democracies harms people through wars overseas and suppression at home. And it can, in turn, ruin those very democracies that are doing the silencing

'Thucydides’ trap' is famous in international relations, used to describe a situation in which a rising power threatens an existing hegemon. It’s also a misnomer — it describes a 'trap' of no interest to the Athenian historian Thucydides. Neither is it applicable to the relationship between Sparta and Athens that would result in the regionally devastating Peloponnesian War, the history of which Thucydides wrote. The misnomer is the consequence of a misunderstanding of a quote from a secondary writer, and an anachronistic understanding of what it means to be a hero in classical literature.

Foreign and domestic politics in the Athenian Empire

The trap is the result of trying to set foreign and domestic politics in complete opposition to one another in terms of how we imagine conflict. What Thucydides shows is that it is wishful thinking to believe we can have a foreign policy grounded in morally nihilistic power politics while we maintain a domestic politics grounded in liberality, fairness and respect for the law.

Various Athenians characterise the Athenian empire as a tyranny based on subjugation. They justify this relationship by some kind of appeal to power politics (1.76, 3:37). Even Pericles calls the empire a 'tyranny,' (2:63). Most famous of course is the Athenian envoy argument, justifying the annihilation of the neutral city-state Melos. The Athenians say: the strong do what they will, and the weak do what they must (5:89).

it is wishful thinking to believe that we can have a foreign policy grounded in morally nihilistic power politics while we maintain a domestic politics grounded in liberality, fairness and respect for the law

In other words, foreign conflicts are not constrained by moral considerations. Parties with power should use them as most benefits them. Yet, Athenians’ treatment of one another is equally famously characterised by Pericles as a model to other city-states of tolerance, diversity, openness, and equal importance regardless of wealth. See especially Pericles’ 'Funeral Oration,' 2.36–42, but also 1.70.

Eventually, however, Hellenic domestic politics takes on the same ruthless scheming and brutality of the Athenian treatment of Melos. It is morally nihilist, enthusiastically irrational, and oriented toward the extermination of the opposition (3:82–84). That is the trap Thucydides describes. Zero-sum ways of thinking about the opposition inevitably entangle how we think about domestic oppositions. Exterminating the foreign Other becomes exterminating the domestic Other.

How and why we fall into the trap

This trap isn’t particular to democracies, but it is particularly devastating to democratic deliberation and, thereby, to democracies. The Soviet Union could last seventy years treating domestic policy disagreement as war; the Weimar democracy lasted ten.

We fall into this trap, I’d suggest, for two main reasons. First, believing our situation to be defending ourselves against an enemy determined to exterminate us gives us moral license. Ambitious political leaders and pundits are therefore always tempted to frame an issue this way. The frame of justifiable self-defence gives us moral license in an obvious way. The end of self-preservation justifies means we would normally condemn (e.g., dishonesty, theft, murder, genocide). Less immediately obvious is that the rhetoric of a war of existential threat inevitably makes an enemy of democratic deliberation. It gives us moral license to silence (or exterminate) anyone who disagrees about the war (whether it’s necessary, how it’s being conducted).

The rhetoric of existential threat gives us moral license to exempt ourselves from all the constraints of fairness, reciprocity, rationality, and deliberation which are normal and necessary for democracy. Reframing normal policy disagreements as war allows political figures and pundits to deflect from complicated and sometimes boring policy questions. It also allows them to use rhetoric more likely to mobilise passionate (albeit incoherently informed) support. The rhetoric of war is not only more mobilising, it’s also more likely to get clicks, likes, shares, views, and, therefore, advertising money.

Further, as Thucydides points out, when we bring the war home, fanatical commitment to our faction displaces all normal ethical dicta. Behaviour we would normally condemn (dishonesty, corruption, violence) becomes admirable if it succeeds in harming the Other. Factional success becomes the 'end' that justifies all means. People no longer feel shame for dishonesty or corruption; they only feel shame if it doesn’t work. In other words, war, by normalising viewing conflict as war, invites political leaders and pundits to rely on a rhetoric of war for normal democratic conflict — because it is so powerful.

war, by normalising viewing conflict as war, invites political leaders and pundits to rely on a rhetoric of war for normal democratic conflict — because it is so powerful

The problem is not necessarily claiming an existential threat — I’m claiming that framing normal politics as a war of extermination threatens the existence of democracy — but whether we use that frame to exclude democratic deliberation. Framing it that way is a trap.

This article is the fifteenth in a Loop thread on the science of democracy. Look out for the 🦋 to read more in our series 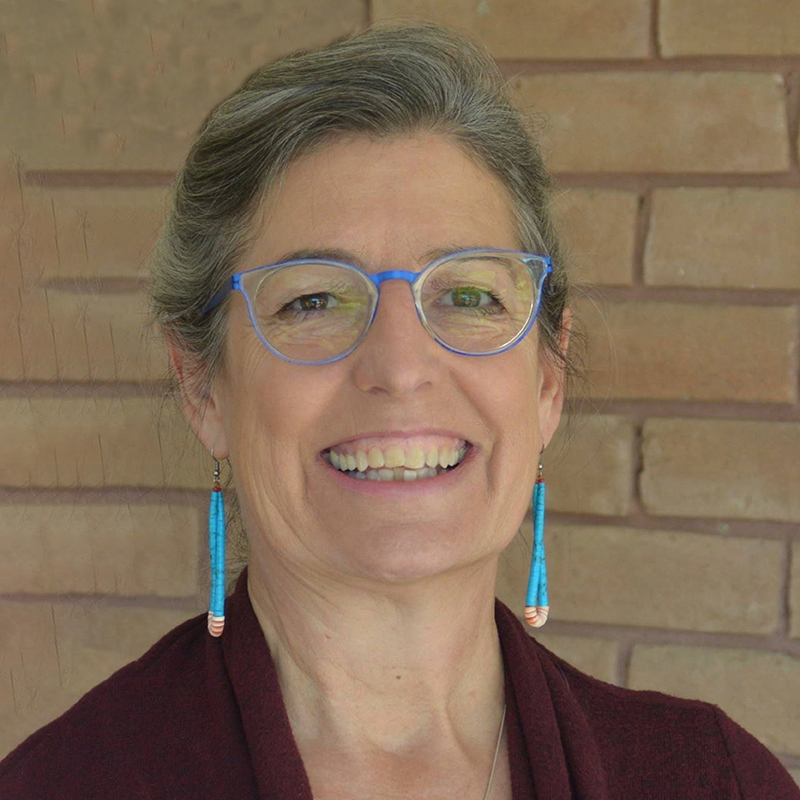 Patricia is a former Director of the UT Austin University Writing Center.

Her most recent book is Speaking of Race: How to Have Antiracist Conversations That Bring Us Together (The Experiment, January 2021) 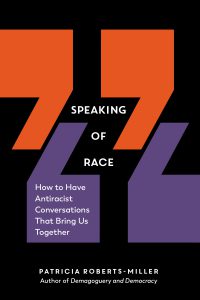 🦋 Not deliberating about democracies is a deadly trap

by Patricia Roberts-Miller, The Loop
October 4, 2021