Relations between Iran and Europe are in a pretty poor state. But Mahmoud Javadi argues that there are avenues for improvement through identification of 'shared interests' – and the EU can, and should, play its part

The gloomy state of Iranian-European relations

Very few Iranian public opinion polls are carried out by non-Iranian, non-partisan institutes. But the periodical surveys commissioned by the University of Maryland's Center for International and Security Studies (CISS) are one rare example. These surveys capture the pulse of Iranian society, and recent editions have revealed the gloomy state of European-Iranian relations.

Europe and Iran have long concentrated on shared challenges and differences, rather than on their shared interests. Yet there is much to be gained from a change in direction in European-Iranian relations. This is particularly true if both sides (especially the EU) mobilise their influence against emerging regional threats. Both parties have shared interests in containing such threats.

Results of the latest CISS survey were released on 18 October. The survey asked 1,001 Iranians about the nuts and bolts of life in Iran, and about their perceptions of Europe. The latter is noteworthy because it follows the attempt by Europe’s major powers to salvage the Iran Nuclear Deal in the absence of US participation. Tehran dismissed this as 'passivity'. The survey is the third of its type in 2021, and the first since the Raisi administration took over the presidency.

Respondents were questioned about diplomatic and trade relations between Tehran and 'European countries such as Germany, France, and the United Kingdom'. Less than 40% of respondents advocated more cordial ties with European countries. This represents an increase of around 2% on the previous survey last February.

In a recent survey, less than 40% of Iranians advocated more cordial ties with European countries

The findings stand in contrast with earlier findings from August 2019. That survey revealed a record 45% in favour of better relations. The 2019 survey was carried out less than a year after US exit from the Iran Nuclear Deal, and subsequent European attempts to safeguard the nuclear agreement.

Public support for improving Iran-Europe relations has always fluctuated. But it's worth noting that Iran’s attempts to cement relations with Asian countries have enjoyed constantly high popularity. In the September edition of the survey, they reached 54.1%.

The neglect of 'shared interests'

Figures suggest Iranian public and elites are not well disposed towards Europe. Equally, Iranians are not averse to change, especially if the major European powers were to initiate moves towards improving relations.

Europe is attempting to inject new spirit into the Iran Nuclear Deal. It has engaged in serious dialogue across three areas: ‘shared interests’, ‘shared challenges’ and ‘differences’. All three focus on bilateral and regional issues; these should form the basis of Europe’s Iran policy and Iran’s Europe policy.

Instead, both sides have long devoted themselves to ‘differences’ and ‘shared challenges’. Only on rare occasions has the EU seen a ‘shared interest’ in a challenge. For example, the Taliban takeover in Afghanistan eventually convinced the EU special envoy for Afghanistan to meet senior security officials in Iran to discuss the situation.

The EU has renewed its partnership with the Mediterranean countries. It has also made clear its intention to increase engagement in the Persian Gulf. This shows that Europe is willing to engage with Iran on shared interests if the issues are less controversial in terms of bilateral interaction, but highly critical for the security of both sides.

Extensive European norm-setting and rule-making on Middle Eastern environmental, water and food insecurities may, at some point, provoke a flood of climate refugees to Europe. This may lay the foundation for Europe (and the EU in particular) to gradually exercise leverage with its well-known normative power towards the emerging security threats in the Middle East and Persian Gulf.

The EU aspires to become a global security provider. Human insecurities in this region could therefore offer real impetus to achieving that aspiration.

Environmental, water and food insecurities are becoming worse in Iran and its neighbouring countries. The UAE and Saudi Arabia, to name but two, have unveiled long-term climate strategies. These strategies, however, do little or nothing to address short-term challenges. And Iran has barely begun to consider concrete measures for tackling the rising insecurities it faces.

This presents a win-win situation for Europe. A shift in its Iran policy towards one based on shared interests, assisting the Iranian administration, would allow Europe to demonstrate its real commitment to managing human insecurities. It would also open the door open to more positive engagement between the Europeans and Tehran – even if there continue to be some bilateral developments of a more negative character. And, most importantly, a policy shift of this sort would gradually restore Iranians’ trust in the role of Europe.

Restoration of trust among the Iranian public might then put pressure on an Iranian administration that seems reluctant to improve its relations with Europe.

An intense concentration on shared interests between Europe and Iran in Southwest Asia would not mean Europe becoming oblivious to what Iran currently does inside (and beyond) its borders. Iran constitutes a challenge to European values and interests; that does not change. Yet, bringing shared interests more to the fore, and using them as a framework for cooperation, would make Europe a geopolitically trusted actor, for Iran and for others. And, more importantly, it would increase Europe’s standing with the public in Iran. 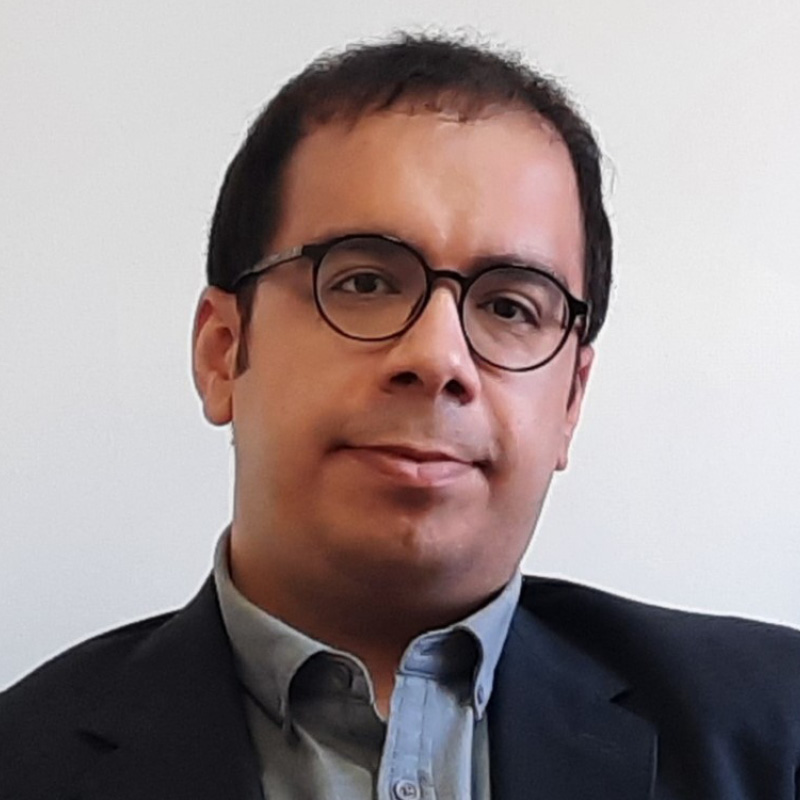 Mahmoud earned his Master’s in European Studies from the University of Tehran.

His research focuses on the EU grand strategy, EU common foreign and security policy, and foreign policy making in the Middle East and Iran.