🦋 I classify, therefore I know?

Leonardo Fiorespino finds Jean-Paul Gagnon’s proposed lexicon of democracy wanting in its base assumptions around knowledge and arbitrariness. Moreover, he wonders, can we really trust 'democracy's words'?

Jean-Paul Gagnon’s project, of a science of democracy capable of rendering its ‘total texture’, is in itself fascinating, commendable, and potentially precious to research on democracy worldwide. Moreover, Gagnon has the additional merit of having sparked an exciting and plural debate.

What I find less convincing are three assumptions which seem to inform the project.

The first assumption is the conflation of two different forms of ‘knowledge’. Democracy and butterflies are two very different objects of analysis. I have concerns about the possibilities of ‘knowing’ the former with the same methods used for ‘knowing’ the latter.

Of course, knowing the wealth of ways the word ‘democracy’ has been used is essential. No one can seriously reflect upon democracy without mastering some such uses. A map presenting complete, categorised and accessible information can offer an invaluable guide through seemingly boundless territories.

Yet, such a map seems neither necessary to, nor sufficient for, a ‘knowledge’ of democracy. Classifying butterflies is epistemically essential because ‘butterfly’ indicates countless colourful creatures existing in the world. Given a set of resemblances among the individuals, we unified this plurality under one single name. Our knowledge of this group of living beings rests heavily upon the thoroughness and comprehensiveness of our descriptions.

A butterfly is an empirical entity, whereas democracy is a contested concept

We disagree on democracy. Thus we keep investigating it, asking questions on its nature, its desirability, its enabling conditions, its limits, its feasibility. Our knowledge, therefore, depends less on the exhaustiveness of our classifications than on the practice of fine-tuning the meaning of a signifier we have bequeathed and discussed for millennia.

Assuming that either we have a total texture of democracy, or our knowledge is defective, implies treating democracy as an empirical object, and not as an essentially contested concept. We know democracy better the more we delve into it, the more we attempt to specify it.

Such an endeavour is inevitably partial, contested, contestable. But does this make it ‘arbitrary’? Gagnon claims that it does, and here lies the second problematic assumption in his project. He argues that arbitrariness will affect democratic theory until we have a full picture of democracy’s types. Therefore, he suggests that we systematise the ways of practicing and defining democracy.

But in order to pursue knowledge of democracy, we cannot merely collect empirical data. As long as democracy is a concept we created and on which we disagree, we are called on to keep ‘creating’ it. We must ask questions, provide answers, open up possible new paths to enrich our awareness of it, update it, debate and compare the multifarious products of such inquiries in order to integrate or discard them.

In Rawlsian terms, we must specify the general concept of democracy into conceptions of it. Our knowledge of democracy rests upon making these arguments. Curiously enough, it is precisely this that Gagnon deems arbitrary: in his view, it produces ‘a litany of arbitrary fragments of knowledge about [democracy] ... built from intuition, from personal observation, from convention’.

But if the lack of a database of democracy makes such inquiries arbitrary, how does this database's existence make them non-arbitrary? How does the magic work? How would the availability of a database methodologically transform the job of constructing democracy (either theoretically or practically)?

But how does this database's existence make research on democracy non-arbitrary? How does the magic work?

Sure, the latter could help gather immense and easily accessible information on what was already said and done. But it seems plain that developing conceptions of democracy would still require resorting to concepts, categories, values, assumptions, virtually incompatible with others. We cannot circumvent this kind of partiality, with or without the database. And if partiality equals arbitrariness, then we will just wallow in arbitrariness in the fine company of an encyclopaedic accomplice.

My third doubt concerns the foundations of Gagnon’s proposal. The project is based on the ways the word ‘democracy’ has been used in different times and places. This focus on words is suspicious; it judges the book by its cover. If we do not check credentials, many practices and ideas that share little with democracy will infiltrate the database. This criterion seems much more arbitrary than the practice of theorising democracy based on ‘partial’ assumptions and categories.

An easy example is populism. The aim of my first book was to identify what, if anything, distinguishes populism from democracy, given their superficial similarities. Populist leaders employ seemingly democratic categories, successfully enough to convince many scholars that although populism and democracy do not overlap, they intersect at some point – as exemplified in the definition of populism as ‘illiberal democracy’.

Gagnon's focus on words judges the book by its cover, and seems more arbitrary than the practice of theorising democracy based on ‘partial’ assumptions and categories

Yet, on closer analysis, populism and democracy stand as two conflicting concepts. This incompatibility is exemplified by their conceptions of the ‘sovereign people’. Where the democratic people is simultaneously plural and united, the populist people is homogeneous and intrinsically virtuous. This difference is rife with implications.

This is not to say that every populist movement is undemocratic. However, conceptually speaking, the basic populist claim for popular sovereignty has nothing to do with popular sovereignty as intended by a democrat. Should expressions such as ‘populist democracy’ be imported to the database, the texture of democracy resulting would, perhaps, be ‘total’. But it would not be very fine-grained.

Number 47 in a Loop thread on the science of democracy. Look out for the 🦋 to read more in our series 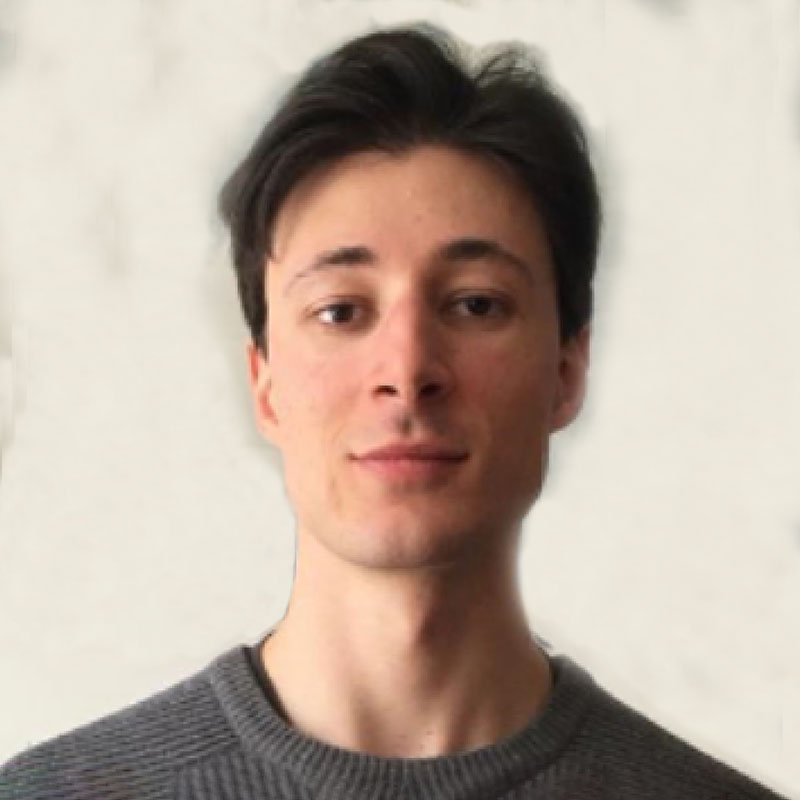 Leonardo completed his PhD in political philosophy at University of Rome Tor Vergata in 2021.

He is author of Radical Democracy and Populism: A Thin Red Line? (Springer, 2022), and editor of two books published with UniversItalia. 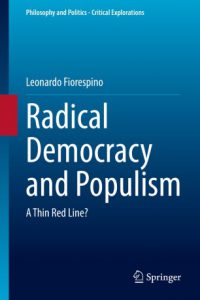 He currently teaches moral and political philosophy at UNYP.

🦋 I classify, therefore I know?

EU independence from Russia's fossil fuels is predicated on a defence of democratic principles. Yet, argues Maria Gloria Polimeno, a moral contradiction in policy is emerging as EU member states seeks other suppliers. This highlights the need for a sustainable green transition in EU energy supplies
Read more
May 23, 2022