How Pakistan’s conservative foreign policy has damaged its national interests

Pakistan’s foreign policy over the decades has proved disastrous for the country and has had a profound negative impact on the South Asian region, argues Raza Rahman Khan Qazi. Its policy has had a consistently conservative formulation based on purely realist objectives, with no place for liberal ideals and goals

Pakistan’s foreign policy has been primarily focused on the high politics of strategic national security issues. Its realist core has been about ensuring the physical survival of the state and expanding the country’s territory. The low politics of economics and domestic issues, meanwhile, have not been of central significance.

The conservative outlook of this foreign policy has proven disastrous for Pakistan and the South Asian region more generally. The policy failed to keep the country territorially together as it disintegrated in 1971, and there have been negative economic, social and psychological effects on Pakistanis themselves.

A country’s foreign policy ought to be determined by core national interests. Its objectives should be attainable through the adroit use of diplomacy. And foreign policy objectives need to be in line with the resources made available by the state. However, Pakistan’s conservative foreign policy has tended to ignore these guiding principles.

Since the country’s birth in 1947 (when it secured independence from British colonial rule) Pakistan’s foreign policy has revolved around its neighbours to the east (India), the north west (Afghanistan), and the north east (China). It has also focused on the US and the Muslim world, particularly Saudi Arabia. Low priority has been placed on relations with the UK, the rest of Europe and with Asia and Iran. Pakistan’s physical security has long dominated foreign policy.

The issue of the accession of the Muslim-majority princely state of Kashmir in 1947 by its Hindu ruler to India sowed the seeds of perennial animosity between India and Pakistan. Since then, Pakistani foreign policy has been mainly concerned with wresting control of Indian-administered Kashmir. India has been hesitant to relinquish Kashmir, and considers it its Atut Ang (inseparable limb). Pakistan, on the other hand, considers the region its shahrag (jugular vein).

While Pakistan has striven to gain control of Indian-held Kashmir, Afghanistan has made irredentist claims on Pakistani territory inhabited by the Pashtun ethnic group. Consequently, Pakistani foreign policy towards Afghanistan has been reactionary, aimed at preserving its territorial integrity.

This policy assumed neoconservative overtones after 1973, when the relatively neutral last Afghan King Zahir Shah (1933–1973) was deposed by his cousin Sardar Daud. The Soviet-backed Daud declared Pakistan the only enemy of Afghanistan in possession of ‘Afghan’ territory. Daud also started hosting, training, and arming Pakistani Pashtun separatists, who wreaked havoc through terrorist attacks across Pakistan in the 1970s.

In response, Pakistan formulated its interventionist Afghan policy in the same decade. The policy rested on hosting, training, and arming Afghan Muslim radical groups and mullahs to pit them against anti-Pakistan Afghan nationalists. The objective was to keep Afghanistan chaotic and so unstable that it posed no threat to Pakistan’s integrity. This policy continues to the present day. Pakistan’s interventionist Afghan policy spurred the formation of the anti-Soviet Afghan Mujahideen, followed by the Taliban, most of whom are Pashtuns.

The Taliban, during their first stint in power (1996–2001), refused to give up Afghan irredentist claims on Pakistani territory. In its second stint, from August 2021, the Afghan Taliban have assumed an Afghan nationalist posture. Pakistan’s security establishment created the Pakistani Taliban (TTP), made up overwhelmingly of ethnic Pashtuns, to support the Afghan Taliban against NATO forces present in Afghanistan from 2001–2021.

However, the security establishment has turned against Pakistan, and sworn allegiance to the Afghan Taliban rather than Pakistan. The Afghan Taliban now hosts the Pakistan Taliban, who pose a grave threat to Pakistan’s territorial integrity. Ironically, Pakistan’s policy towards Afghanistan has driven the growth of the Pashtun ethno-nationalist separatism it was intended to destroy.

At the height of the Cold War, Pakistan joined the US side. This policy was quite shrewd and well-calculated, but it rendered the Soviet Union Islamabad's staunch enemy. Pakistan sided with the US mainly to modernise its military to support its fight against India. Since then, Pakistan has received around US $60 billion, mostly in military aid.

However, Pakistan’s strategists never wanted to replicate the American ideals of democracy (freedom, liberty and individualism). They yearned for American dollars and military hardware, but not American ideals.

China and the Muslim world

Despite being anti-Soviet and on the US side, Pakistan was the first country to recognise the People’s Republic of China, in 1949. Since then, Pakistan has been one of China’s closest allies. Like the US, Pakistan wanted China to be a supplier of military hardware and missile technology. More importantly, it wanted to get China’s support against India, which has its own rivalry with Beijing.

Like the US, Pakistan wanted China to be a supplier of military hardware and missile technology as it sought support in its conflicts with India

Pakistan’s policy of having cordial or ‘brotherly’ relations with Muslim-Arab countries, particularly Saudi Arabia, is another indicator of Islamabad’s conservative foreign policy. The policy aims to prop up Pakistan’s Muslim identity.

From geo-politics to geo-economics?

Pakistan’s foreign policy has been conservative-realist in both its worldview and its practice. Pakistani strategists have failed to understand the significance of non-military aspects of their national security. The fundamental reason is that Pakistan's foreign policy has always been dominated by unelected institutions. And the military and civilian bureaucracy both have a profoundly conservative outlook.

Liberal ideals like free trade, as envisaged by the theory of liberal internationalism, have had no place or reflection in Pakistan’s foreign policy. Consequently, Pakistan's foreign policy has made little contribution to the welfare and development of the majority of Pakistanis.

Recently, Pakistan’s government claimed to have shifted its foreign policy focus from geo-strategy to geo-economics. It remains to be seen whether the focus on geo-economics might change a longstanding, overly-conservative orientation in the country’s foreign policy. 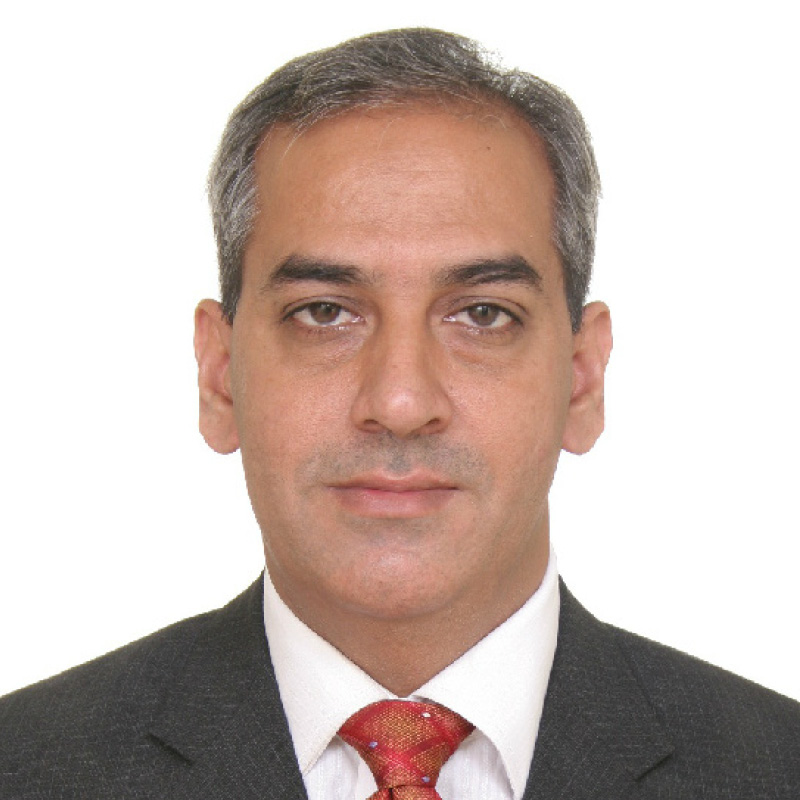 Raza is a Pakistan-based writer, analyst, political commentator and researcher.

His doctoral thesis, Extremism-Terrorism In The Name of Islam in Pakistan: Causes and Counter-Strategy, examines the drivers of Islamist violent extremism, and their historical sociological, economic and political causes.

Raza is an alumnus of the US Department of State’s International Visitor Leadership Program.

He has conducted extensive research on Pakistan, Afghanistan, and South and Central Asia, on aspects pertaining to political economy, religious radicalisation, terrorism, socio-ethnic and development issues.

He has contributed to the websites World Politics Review and Global Politician, and to print publications including The Washington Times, (USA) and Pakistani newspapers The News, The Express Tribune and South Asia.

Raza has also been a visiting faculty member at various Pakistani universities and higher education institutes.

With co-author Christopher Candland, he published a chapter in The Cup, the Gun and the Crescent: Social Welfare and Civil Unrest in Muslim Societies (Whiting & Birch, 2012).

How Pakistan’s conservative foreign policy has damaged its national interests