🦋 Democracy – what a lovely mess!

Taina Meriluoto welcomes Jean-Paul Gagnon’s project to build a democracy data mountain. But she remains troubled by methodological issues pertaining to context, values and the everyday world. If we want to advance towards the total texture of democracy, these are problems we have to resolve

One afternoon, my partner took our daughter and her friend out to buy ice cream. As they came back, ice cream around their grinning mouths, my partner crowed: ‘I taught the girls what democracy is!’. Curious to know more, I asked the girls to explain. ‘It means that if most people vote for two scoops, then we get two scoops!’, my seven-year-old explained. While the mum in me praised the girls for their cleverness, the democratic theorist in me felt uneasy. My partner, knowing me all too well, noticed me squirming: ‘Well go on, you explain it then!’, he said. But I couldn’t.

How to explain the essence of democracy to a seven-year-old? The question kept nagging me as I read Jean-Paul Gagnon’s thought-provoking piece about his quest to gather ‘words of democracy’. Would such data-mining efforts help us get closer to ‘the total texture’ of democracy?

Gagnon suggests a majoritarian rule: if the concept is repeatedly used, it must be important to the essence of democracy

My partner’s two-scoops definition is an accurate enough description of electoral democracy. But my unease had to do with the fact that it is but one part of one version of democracy. Gagnon’s project tries to tackle precisely this patchiness: by gathering concepts we use to describe democracy, he hopes to paint a full landscape of democracy. Which explains how the extremely familiar ‘representative democracy’ will sit alongside the virtually unheard of ‘Wine drinker’s democracy’. To make sense of their pertinence, Gagnon suggests a majoritarian rule: if the concept is repeatedly used, it must be important to the essence of democracy.

I very much admire and welcome Gagnon’s undertaking. Yet I have three problems with it, and they all have to do with mess.

Gagnon aims to understand democracy through the words used to describe it. For us to do this, we need to know much more about the messy context and the different ways people use these words. As Hans Asenbaum and Matthew Flinders note of Gagnon’s project, words are not butterflies. They don’t exist independently 'out there' and we can't analyse them without considering the context. We must also consider their speakers/writers, the specific objectives for which they are coined, and so on.

Now, as Markus Pausch also pointed out, we know very little about the context from which Gagnon has gathered the words. We know even less about the meaning with which they are used. Some may be used ironically, some accompanied by a plea for caution. These are very different kinds of words, with different connections to democracy.

To give you an example (and to offer Jean-Paul a new entry for his data mountain), consider ‘total democracy’. This is a concept coined by my colleague Veikko Eranti. Despite its somewhat autocratic ring, it refers to the way democratic arrangements are pervasive in Finnish society. But the words themselves don’t tell you this. In fact, I doubt that the concept itself tells you anything about democracy as such.

The mess with values

Then there’s the mess with descriptions and prescriptions.

Words of democracy are tricky because they can do two very different things. They can be descriptive – depictions of concrete systems and practices that we call ‘a democracy’. They can also be normative – prescriptions of what we believe a just society ought to be. In the mountain of words on democracy, these different kinds of words risk becoming muddled.

Democracy, however, cannot be an empty signifier. Without any normative commitment, we risk ending up with ‘anything goes democracy’, where we file all things called democratic. As Petra Guasti noted in proposing ‘a taxonomy of democracy’, the first step in distinguishing this butterfly from a flea is determining its adherence to certain values. But which values? And where do they come from?

We must study how people argue, critique, and justify – and what values they draw on as pointers of a just world

Post-foundationalist democratic theorists, such as Chantal Mouffe, would argue that it is precisely this never-ending battle of values that makes a democracy. For this reason, as Robin Celikates states, it is also far too important a debate to involve only researchers. Instead of us classifying the butterflies from the fleas, we should look at how people act based on values. We must study how they argue, critique, and justify – and what values they draw on as pointers of a just world. Because that’s where democracy’s essence is incessantly being forged.

The mess of everyday

Finally, to get to this essence of democracy, we need to accompany artefacts of democracy with democratic actions in the messy, real world. This is a pragmatist's approach to democracy, and it brings a vital layer of mud, sweat and tears to Gagnon’s project.

we need to accompany artefacts of democracy with democratic actions in the messy, real world

From a pragmatist's standpoint, democracy takes shape in everyday action where values are exposed, drawn upon and contested. It becomes visible in our ways of making decisions, of pointing out injustices, of joining forces and justifying our points of view. The essence of democracy, then, is perhaps not (only) in words but, as Eeva Luhtakallio, following Laurent Thévenot, has suggested: in our culturally patterned ways of trying to live together despite our differences. It is between people – in action, in images, in gestures, in speech and in writing – all in equal measure.

I believe Gagnon’s words of democracy are a wonderful starting point for exploring democracy. But to discover democracy's total texture, I believe, we need to get our hands dirty. We should accompany every entry in the ‘encyclopaedia of democracy’ with an extensive ethnographic account of how people use this concept, and what this kind of democracy looks like in their everyday lives. Who uses the term, to what end, and with which connotations? How do people make this kind of democracy come alive?

And yes, how they decide how much ice cream you can have, and why.

This article is the twentieth in a Loop thread on the science of democracy. Look out for the 🦋 to read more in our series 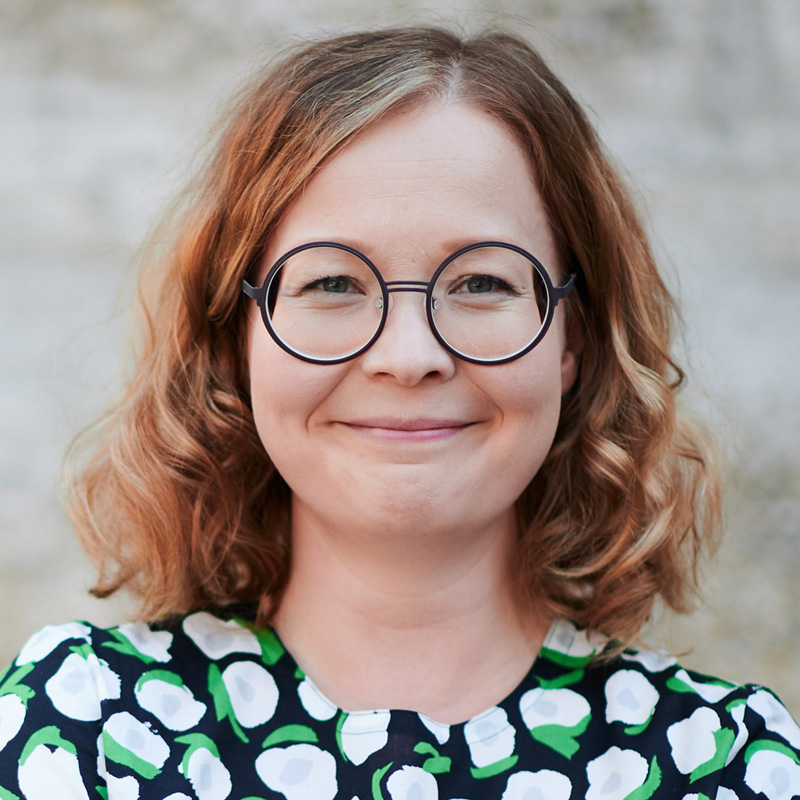 Taina specialises in experience-based political participation, and is intrigued by the self as a form of activism.

She is currently studying visual forms of politicisation among marginalised youth at the research project Imagi(ni)ng Democracy, where she explores and theorises democracy in everyday actions.

🦋 Democracy – what a lovely mess!