The pandemic still dominates headlines, yet political attention must soon refocus on a crisis even more fundamental: climate change. Franziskus von Lucke argues that to deal with the climate crisis, actors such as the EU must recognise different understandings of global climate justice

A crisis of global (in)justice

Despite some temporary, mostly lockdown related reductions of greenhouse gas emissions in 2020, the climate crisis is far from solved. And even more so than the Covid-19 pandemic, it is an archetypical manifestation of global injustice.

The climate crisis touches on some key questions of distributive justice. Wealthy Northern countries are responsible for the lion's share of global emissions. Poorer countries in the global South have contributed much less – but are affected first, and most severely, by the consequences.

The climate crisis is also a problem of intergenerational justice. The Fridays for Future protests and the German constitutional court's recent verdict are stark reminders of this.

Poorer countries in the global South are affected first, and most severely, by climate change

International climate negotiations have generated fierce debate about organisation and transparency. Thus, finding ways to cope fairly and effectively with the climate crisis is also a question of political and procedural justice.

From ‘leadership by example’ towards ‘shared leadership’

In the climate negotiations, the EU has been praised as a climate leader, ‘green normative power’, and potential proponent of global climate justice.

Yet the EU has also increasingly encountered resistance from other key actors. The BASIC countries (Brazil, South Africa, India and China), for example, often have different opinions about what a fair climate agreement should look like.

The EU and Global Climate Justice: Normative Power Caught in Normative Battles examines the EU’s contribution to the development of the global climate regime in the broader framework of global justice.

Approaching the issue from different perspectives, the book particularly makes the case for a more nuanced understanding of climate justice.

The authors argue that this understanding should focus on procedural dimensions, and should remain open to very different aspects of global justice.

My new book with Thomas Diez, Solveig Aamodt and Bettina Ahrens explores these ‘normative battles’, taking a critical look at the EU's role. One key finding is that the EU’s negotiation strategy underwent a fundamental shift between the 1997 Kyoto Protocol, and the 2015 Paris Agreement.

Until COP-15 in 2009, the EU’s focus was on top-down, legally binding emission reduction targets. We link these to justice as ‘impartiality’. The EU trusted that others would follow its ‘leadership by example’.

However, as negotiations wore on, it became clear that large developing countries, including China, India and Brazil, saw the EU’s approach less favourably. These countries were not prepared to follow the EU’s example and bind themselves by obligatory emission reductions. Their reasons included historical climate debt, colonial legacies, the need for development, and national sovereignty. Instead, these countries demanded a more differentiated approach. They wanted trust in voluntary commitments, and a redistribution of power in the climate regime and its institutions.

This forced the EU to rethink its narrow focus on measures strengthening impartiality. It also had to modify its strategy on the road towards Paris.

The EU began a diplomatic outreach campaign and focused on building alliances. It also became more open to accepting more bottom-up and voluntary approaches to curb climate change. Engaging in a process of strategic learning, the EU moved towards ‘shared leadership’. Diplomats tried to listen to, and accept, different ideas on how to cope politically with the climate crisis.

Finding a balance between different understandings of global climate justice

These findings show that focussing only on one understanding of global justice and associated climate policy instruments will not suffice.

The powerful and historically most responsible actors such as the EU and the US will have to become more open to different understandings of global justice. They must accept that many developing countries see the international order as shot through with structural inequalities. Consequently, many countries in the global South regard international (climate) institutions as dominated by the North.

From this perspective, the climate crisis is not simply a scientific problem solved by following top-down mitigation quotas overseen by international institutions. It is intertwined with a deeply unjust global political economy, and an international society that disadvantages Southern countries and people.

In our book, we thus argue for a more balanced understanding of global justice. This should encompass universal standards and strong international institutions (impartiality). But at the same time, it has to accept difference and due hearing of all relevant actors (mutual recognition). It must also recognise the importance of structural inequalities and state sovereignty (non-domination), and the fundamental contestedness of all normative claims.

Fundamental reform of the climate regime

Northern actors will also have to accept climate abatement pathways. These focus more on voluntary commitments, local knowledge, different capabilities and a ‘right to develop’ for Southern countries. Eventually, a just approach to the crisis must aim at a fundamental reform of the climate regime. This includes tackling instances of Northern domination such as larger negotiation delegations, and influence on climate regime institutions and knowledge production.

But Northern actors' approaches must also include giving non-state actors – especially those from the Global South and at grassroots level – more influence in international negotiations and in national policy formulation. 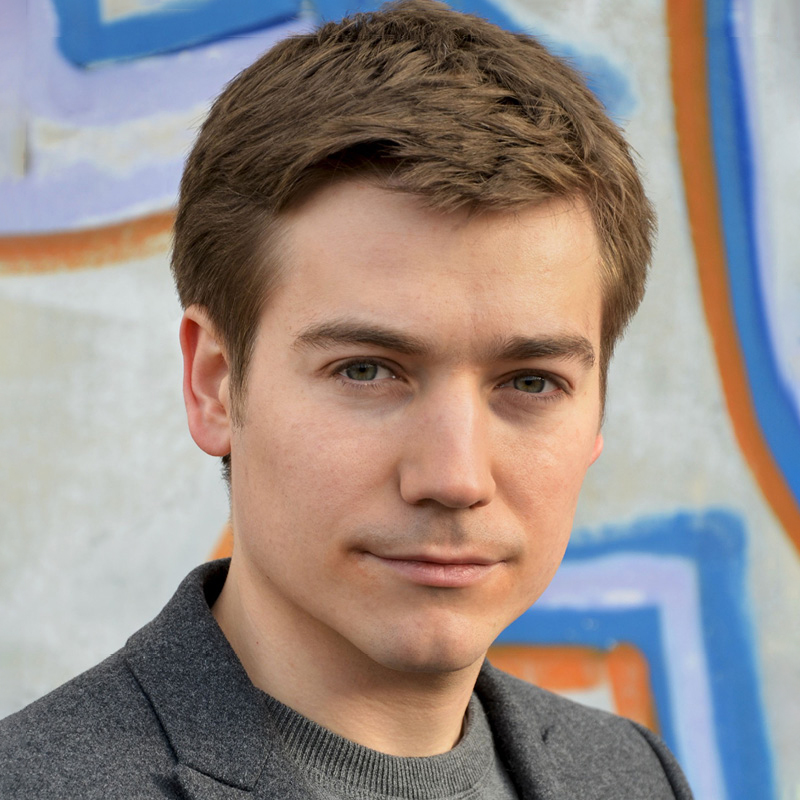 Until 2020, he worked in the GLOBUS project, which critically examined the EU’s contributions to global justice.

Since 2021, he has been part of the ZUSE project, which looks at the role of security discourses in the creation of European identities.

His work has appeared in Political Geography, Geopolitics, the Journal of International Relations and Development, and in the Zeitschrift für Internationale Beziehungen (ZIB).

In addition to the featured title, Franziskus is the author of The Securitisation of Climate Change and the Governmentalisation of Security (2020, Palgrave) 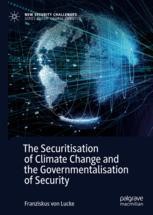