The EU candidacy of Bosnia and Herzegovina continues to falter

EU candidate status eludes Bosnia and Herzegovina as anti-corruption and judicial reforms have failed to take root, writes Aleksandra Samonek. The European Commission points the finger at a lack of political commitment from Bosnian political leaders. They, meanwhile, are calling on the Commission to do more to facilitate accession

Imposition of a new electoral law

On 25 July 2022, over seven thousand people gathered in front of the Sarajevo headquarters of the Office of the High Representative (OHR) Christian Schmidt. They were protesting the imposition of the new electoral law for Bosnia and Herzegovina (BiH). The Dayton Agreement, which ended the 1992—1995 Bosnian war, effectively established the institution of High Representative for BiH.

The OHR is a proxy for the international community in BiH. As such, it can exercise special privileges, including the so-called 'Bonn powers'. The proposed election law is one of the many instances of Bonn powers being used to enforce binding solutions when BiH authorities cannot reach consensus. Schmidt's election bill comes after a prolonged impasse in domestic efforts to regulate the electoral process ahead of the 2022 general elections.

An electoral law is one of the most crucial regulations for a democratic state. This law will likely be forced on the Bosnians via the Bonn powers rather than adopted by the BiH Parliamentary Assembly. Yet the bill's critics focus on specific solutions rather than on the fact that crucial laws are being imposed, despite the fact that no public consultations took place and these solutions appeared in the leaked version of the proposal.

Christian Schmidt has endeavoured to produce a new election law before the elections planned for 2 October 2022. In this context, some commentators, like Semir Hambo, point out that to reject the imposed bill right away would be ungrateful. This pattern of governance through outside interventions, ignores the civic legitimacy of regulations. It thus sheds light on the failed implementation of other reforms necessary for EU accession. These reforms include anti-corruption laws, which national stakeholders often treat as de facto void.

Grassroots consensus among domestic elected representatives is nearly impossible because of social divisions among BiH citizens. This is one of the chief arguments justifying outside interventions in the BiH legal system. Hence, the mechanisms of the Dayton Agreement and the legal guidance of the European Union are necessary for peacekeeping. They are also key to BiH's democratic development. Some domestic politicians, however, argue that the lack of political will to move the country towards democratisation also stems from the European Commission's guidance strategy.

'The incentive policy for adopting the anti-corruption laws in Bosnia bordered on blackmail'. So argued Bojan Bajić, the first president of a multi-ethnic political party. His Naša stranka (Our Party) formed in 2008 with the aim of rebuilding unity among diverse interest groups in BiH.

BiH citizens may claim visa rights or other funding in exchange for accepting foreign-generated legal reforms into the national system. Again, Bajić points out that:

'Even when these reforms are appropriate in themselves, the government accepts them not because they genuinely want to combat corruption, but because they are faced with financial offers from the EU. No political consensus will emerge when regulations are imposed on us without domestic commitment and coordination.'

Formal efforts to bring BiH up to European standards of anti-corruption began as early as 2002, when the country ratified Council of Europe criminal and civil law conventions against corruption. Nearly two decades later, the European Commission found that BiH remains at an early stage in its fight against corruption. In its 2021 report, the EC noted that 'no progress was made in this area over the reporting period'. The Commission called for urgent action to adopt pending legislation on public procurement and conflicts of interest.

Though efforts to bring BiH up to European standards of anti-corruption began back in 2002, nearly two decades later, the European Commission noted that 'no progress was made'

In June, EU representatives met with those from the Western Balkans hoping to gain candidate status. The failure of the anti-corruption reforms became one of the main reasons BiH missed out.

Political commitment to judicial and political reforms in BiH would undoubtedly improve the instruments for fighting corruption. The 2021 Commission report also suggested that the absence of such commitment underlies a lack of progress in this area.

So, who is responsible for this apathy towards democratisation? Can we reasonably expect national institutions accustomed to dealing in half-hearted policy trade-offs to step up and continue the reform programmes which did not originate with them in the first place?

Accession conditionality towards EU candidates (and potential EU candidates) can be executed in many ways. So far, the EU has resorted primarily to legal aid, often in the form of ready-made regulations. It has also relied on instrumental incentives; that is, negotiating funding or economic incentives in exchange for legal and political reforms. This approach is, prima facie, correct. But it does not offer a long-term solution for BiH democratisation. Neither does it encourage trust-building or political mobilisation among domestic political actors, or between BiH and the EU.

After the June Balkan-EU meeting, BiH Minister of Foreign Affairs Bisera Turković urged the EU to take up 'a more proactive and assertive role' in shaping Bosnia's path towards accession. Other Western Balkan ministers, similarly, declared that a more comprehensive engagement of the EU in democratic transitions in the Balkans is necessary.

Considering the lessons learned from the history of anti-corruption programmes in BiH, should the EU change its approach to conditionality? Balkan political leaders' responses suggest that enlargement preparation must involve much more than simply goal-setting and selective strategic interventions. 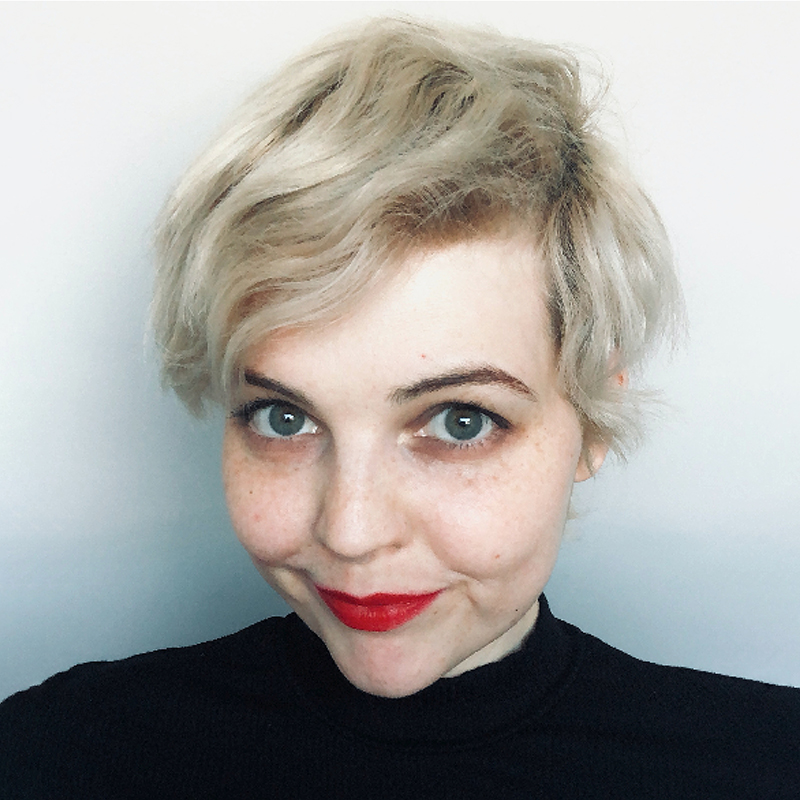 Aleksandra holds an MA in Law from Jagiellonian University.

Her doctoral thesis in political science concerns the impact of mass surveillance on human rights and democratic principles.

In her research, she focuses on media freedom, the relationship between technology and civil society, and the effects of conflicts, especially in Central and Eastern Europe, the Middle East and South-East Asia.

The EU candidacy of Bosnia and Herzegovina continues to falter

by Aleksandra Samonek, The Loop
October 3, 2022