With another Prime Minister ousted before completing his five-year term, many blame Pakistan's instability on the democratic system of power competition among political parties. But Fizza Batool argues that illiberalism, not democracy, is to blame

The power game and the blame game

On 10 April 2022, Imran Khan, the 18th Prime Minister of Pakistan, was ousted from the premiership following a no-confidence vote. While Khan was the first Pakistani PM to lose a no-confidence motion in the parliament, he was not the first to leave office prematurely. In fact, no Prime Minister in Pakistan's history has ever completed their five-year term of office.

Anti-democratic forces in Pakistan are using the political chaos that followed Khan's ousting to strengthen their anti-democracy propaganda. These forces present democracy as an unsuitable system for Pakistan, in which power-hungry politicians manipulate the illiterate masses. They argue that democracy is weak and unstable because no elected leader has yet completed a full term. Military dictators, in contrast, have managed to remain in power for up to a decade.

Their argument sells because people cannot differentiate between liberal and illiberal democracy. They do not know that stability and rule of law are functions of liberalism, not democracy.

Anti-democratic forces present democracy as an unsuitable system for Pakistan, in which power-hungry politicians manipulate the illiterate masses

Yet, the current political crisis – and those that preceded it – are not failures of democracy. Rather, they are an outcome of illiberalism. It is important to understand the difference because if Pakistan's public ceases to see any appeal in democracy, there is no way back. Earlier contributions to the Illiberal Wave series have also sounded this note of caution.

Pakistan has remained under military dictatorship for over 35 years of its 75-year existence. Even under the tenure of elected governments, Pakistan's military continually intervened in government affairs. To keep the country's political system weak, the military stoked competition for power among political parties. Pitting one party against another, it presented the resulting anarchy as the inevitable cost of democracy.

Military coups were often preceded by a period of political polarisation, including serious clashes between opposition and treasury benches. Military dictators justified such coups by claiming that rival political forces couldn't settle their differences by non-military means.

During the last military dictatorship of General Pervez Musharraf (1999–2008), the two mainstream parties finally realised their mistake. In 2006, their political leaderships signed a Charter of Democracy. This charter pledged that while the two parties would continue to compete in electoral politics, they would let each elected government complete its term.

But soon after its signing, a new challenger party emerged. Pakistan Tehreek-e-Insaaf (PTI), led by Cricketer-cum-philanthropist Imran Khan, was founded in 1996, and quickly became a popular third force in Pakistani politics. The abrupt rise in PTI's popularity was eyed with suspicion by those distrusful of military support. Through PTI, the military kept political antagonism alive in Pakistan.

In 2013, the mainstream political parties succeeded in the first ever transfer of power from one elected government to another. However, following PTI’s 2018 victory in allegedly rigged elections, all Charter of Peace signatories rose up in opposition. PTI launched a revenge campaign, accusing its rivals of corruption, and managed to stay in power. In response, opposition parties encouraged PTI coalition partners to break away. By joining forces, in 2022 they eventually succeeded in toppling the PTI government.

What democracy can and cannot do

With the revival of antagonistic politics in Pakistan, democracy is facing the blame for creating political instability and dividing society. Yet this argument is baseless if one understands what democracy can and cannot do.

Democracy, in its crudest form, has two key objectives. First, to empower a majority through the political participation of the masses. And second, to create a system of political equality. But democracy cannot ensure political stability. An elected government can be inefficient or corrupt. Political competition can bring unrest. Classical critical works on democracy have warned against this problem.

During the period of colonisation, European countries presented democracy as a flawless system, and sought to transfer it to their colonies. Democracy was sold to Pakistan, and other colonies, as a guarantee of economic growth and good governance. But, as Pakistan failed to achieve these objectives, people and parties became disillusioned with democracy. We tend, therefore, to overlook most of Pakistan's democratic achievements.

Problems with political equality in Pakistan remain. Yet democracy has has given a strong voice to Pakistani people

True, there are problems with political equality in Pakistan. Yet Pakistani democracy has not been a complete failure. For one, it has given a strong voice to the people. Even dictators have to conduct fake elections to justify their rule. For the past decade, Pakistan's military has resorted to covert machinations because direct military interventions are not welcome.

Political stability is the consequence of constitutional liberalism. Liberalism creates a system of justice and rule of law. It defines a code of conduct for state and government institutions, and limits their authority through a constitution. The resulting institutional balance brings stability.

Pakistan faces periodic episodes of political instability because of its civil-military power imbalance. Illiberalism enables the military establishment to use state resources and authority unchecked, establishing a deep state within the state. The military can openly challenge politicians' power, and it has access to substantial military budgets to finance political opposition, manage the media and control the market.

In Pakistan, illiberalism enables the military establishment to use state resources and authority unchecked, establishing a deep state within the state

During its last few months, the PTI government lost its ties with the establishment. Some recent foreign policy decisions by the PTI went against military interests. In particular, Imran Khan's anti-Western rhetoric in the wake of the Russian attack on Ukraine angered Pakistan's military, because it wanted Pakistan to maintain a neutral stance.

Pakistan's opposition has been attempting to overthrow the PTI government for almost a year. Yet it only succeeded in grabbing power after PTI’s relationship with the military became strained. What appears to be a clash between political forces is actually an extension of the military trying to maintain its stranglehold on political power. Illiberalism, not democracy, should be blamed.

No.15 in a thread on the 'illiberal wave' 🌊 sweeping world politics 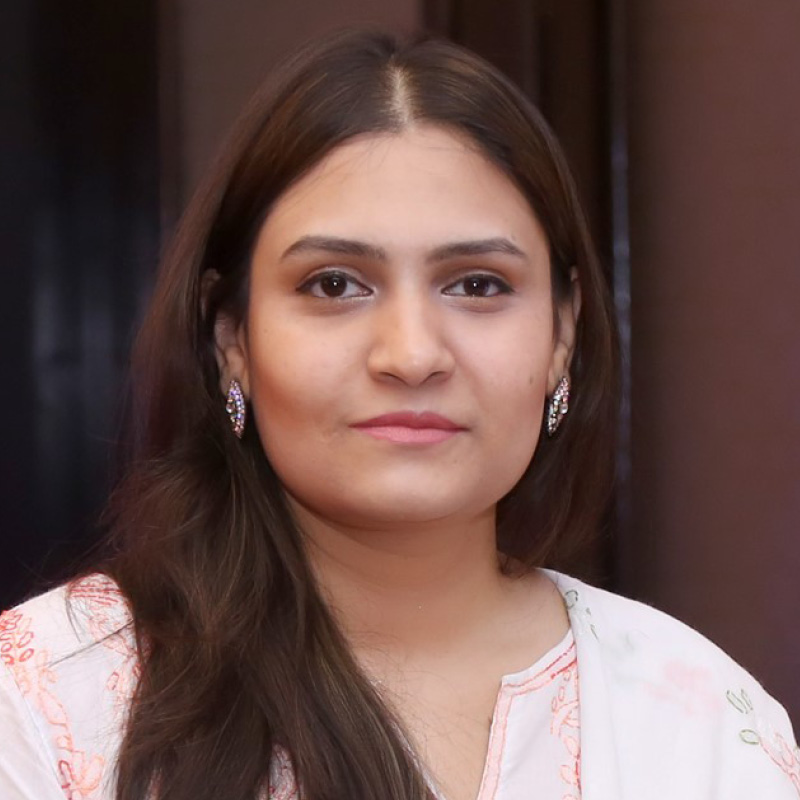 Her research interests focus on democratisation in South Asia, particularly in Pakistan and Afghanistan.

She has over a decade's experience in research and analysis.

In 2020, she was the South Asian Visiting Fellow at Stimson Center, a Washington DC-based think tank.