Italy elects a new President – by re-electing an old one

Italy has just elected a new President – by giving the incumbent, Sergio Mattarella, a second term of office. An outbreak of ‘business as usual'? No, says Bill Emmott – the election has exposed deep divisions in party politics, which could have ramifications for government stability

The election of Italy’s new head of state, the President of the Republic, concluded on 29 January. It surprised us – and probably many of the 1009 'grand electors' involved – by leaving things exactly as they were. Sergio Mattarella was persuaded to accept a second seven-year term. As a result, Mario Draghi will stay as Prime Minister.

To describe this stasis as being dramatic sounds about as convincing as telling a non-cricket-fan that a Test match has ended in a thrilling draw. Yet in some respects it was, in addition to being revealing about Italy’s constitution and the state of Italian politics.

There have been no changes in the President’s constitutional powers or functions in recent decades. However, as Gianfranco Pasquino writes in The Presidents of the Republic, the role of the head of state has expanded.

Political parties have become more fragmented and, at many times, weaker. As a result, the mediating powers of the Presidency – over Parliamentary dissolutions, designation of prime ministers, approval of ministers and assent to legislation – have become more useable and more required.

The re-election of Mattarella

The 1948 constitution places no explicit limit on the term of the President. However, until Giorgio Napolitano in 2013, none of the by then ten heads of state had served more than a single seven-year term. President Napolitano, despite being 88 years old, agreed to a further term. By doing so, he broke the deadlock over who should succeed him.

On that occasion, a Parliamentary election two months previously had left the Chamber of Deputies and Senate deeply divided. President Napolitano then stepped down in 2015 at the age of 90. By this time, almost the same 'grand electors' elected Sergio Mattarella on the fourth ballot.

This time, President Mattarella had said repeatedly and publicly that he would not accept a second term. However, on the eighth ballot (the most that have been required since 1992), the grand electors showed one thing clearly. Even if the President’s de facto powers have grown, they do not include the right to choose when to retire. He was, with a thumping majority, elected again.

The spectre of early elections

The outcome may have disappointed the 80-year-old President Mattarella, but it is unlikely to have surprised him. In contrast to 2013, the 2022 deadlock was caused by a general election that is to come, not by one just held.

The constitution requires an election by 1 June 2023 at the latest. But the difficulty was that the most obviously eligible candidate to succeed President Mattarella was Mario Draghi. Draghi, a former central banker, has been serving since February 2021 as a non-party-political prime minister.

To elect him, a consensus would have been required. Who – and what coalition – should replace him in government? Without an answer, the question would arise as to whether Italy would have to hold early general elections. Most parliamentarians did not want that. They risked losing not just their seats (which are being reduced by one-third) but also their pensions.

Once the grand electors began voting on 24 January, it soon became plain that there was no agreed solution to this. The process, while ultimately inconclusive, nonetheless proved revealing. Rather as economists treat markets as exercises in price discovery, so we can see these votes and the prior machinations as a process of political discovery.

The biggest discovery is that Italy’s centre-right is more divided than it had looked. Opinion polls have long suggested that the three centre-right parties – Silvio Berlusconi’s now small Forza Italia (Go Italy), Matteo Salvini’s Lega (League) and Giorgia Meloni’s Fratelli d’Italia (Brothers of Italy) – would together win a clear majority in a general election. Electoral collaboration between the three looked fairly solid. (This despite indicators of a strong rivalry between Salvini and Meloni, such as Meloni’s decision to stay outside the broad ‘national unity’ coalition backing Draghi’s government).

Mutual interests may still make it so, when an election comes. But the Presidential election has exposed, and widened, the differences. Silvio Berlusconi’s decision to violate convention by campaigning actively for the Presidency received superficial backing from Salvini and Meloni, but they were both plainly reluctant and looking for other options. Berlusconi may now feel betrayed, and be more willing than before to offer his political support to a more centrist grouping. And in the later stages of the voting, Salvini acted on his own, proposing candidates seemingly without consultation.

The second discovery – or confirmation – is that the Movimento Cinque Stelle (Five Star Movement) is unable to function as a coherent group. This is, in terms of parliamentary seats, the current biggest party on the centre-left. However, it failed to agree within its ranks on either a strategy or a candidate. This creates an opportunity for the more mainstream Partito Democratico (Democratic Party) to lure away Five Star voters. But it also makes it more difficult for the Democrat leader, Enrico Letta, to forge the cross-party collaboration necessary to succeed in Italy’s single-member constituencies.

The final discovery is that the broad coalition backing Draghi’s government cannot be considered secure, even for 2022. The question now is: will any of the parties in Italy's coalition decide that cutting and running will better serve its interests for the 2023 election than staying on board? For that, the next few weeks and months will be a new process of political discovery. 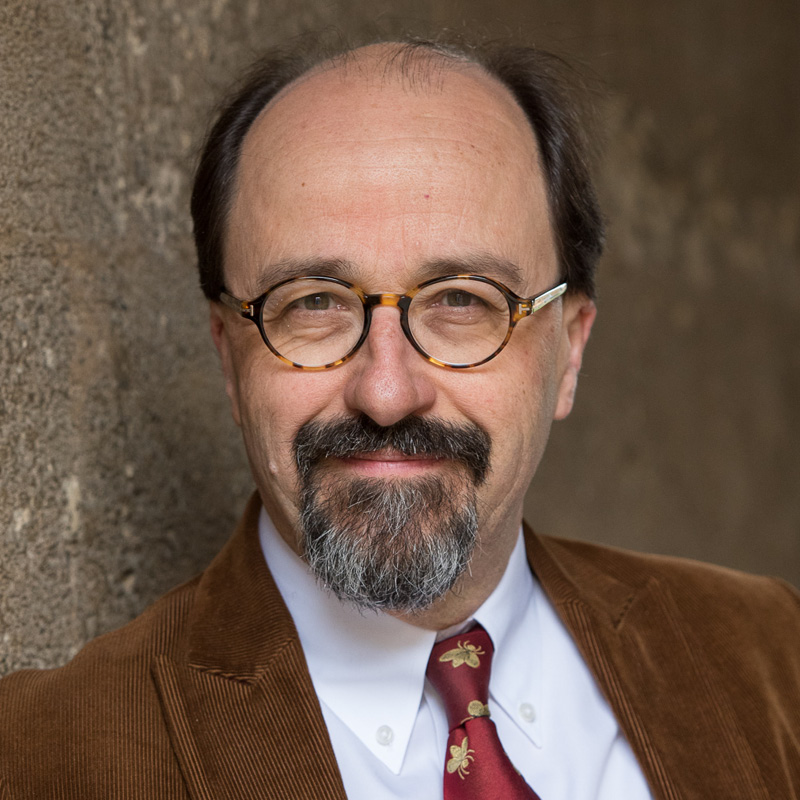 Bill Emmott
Author and filmmaker, former editor in chief of The Economist (1993–2006)

Bill is also known for his many books on Japan, which began with the bestselling The Sun Also Sets: The Limits to Japan's Economic Power (1989). 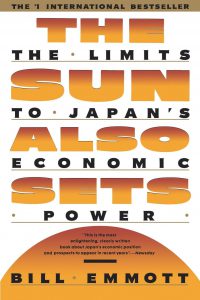 He is now chair of the Japan Society of the UK, of the International Institute for Strategic Studies, and of Trinity College Dublin’s Long Room Hub for Arts & Humanities, is co-director of the Global Commission for Post-Pandemic Policy, and is a member of the Comitato Scientifico of the Centro Einaudi in Turin.

Bill was presenter and co-author of a documentary film about Italy, Girlfriend in a Coma (2013) and executive producer of The Great European Disaster Movie (2015), both shown on the BBC, among other broadcasters.

He is the author of 14 books on Japan, Asia, the 20th century and Italy, the latest of which was Japan’s Far More Female Future: Increasing Gender Equality and Reducing Workplace Insecurity Will Make Japan Stronger (OUP, 2020). 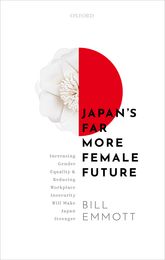 In 2016 Japan awarded him the Order of the Rising Sun, Gold Rays with Neck Ribbon, for services to UK-Japan relations.

His research interests include the current state of Italian political economy; study of resistance to political and economic reforms in Italy and Japan, and its social origins; gender inequality in Italy and Japan; the impact of the PNRR programme of spending EU Next Generation Funds on reform acceptance in Italian society and political parties; and the nature of post-pandemic geopolitics and its impact on defence and security.

Italy elects a new President – by re-electing an old one