Renata Mieńkowska-Norkiene considers the current mass protests in Poland against the near-total ban on abortion as the manifestation of a nascent cultural (r)evolution. But it doesn't necessarily signal that a political revolution is in the making – at least not yet

For the first time in the modern history of independent Poland, unprecedented numbers of women and young people have refused to obey conservative politicians and the Roman Catholic Church by going out into the streets of cities and towns and marching (or, in the parlance of pandemic restrictions, ‘going for a walk’). Numbers far exceed those of the 2016 ‘Black Protests’ (black was the colour worn by protestors) against proposals to ban abortion.

The protesters are channelling the grievances of groups disenfranchised by the United Right government as well as many Poles’ frustration with domineering conservatism, the excessive role of the church in politics and society, and limitations on human rights in the name of Catholic doctrine.

Poles are frustrated with domineering conservatism, the excessive role of the church in politics and society, and limitations on human rights in the name of Catholic doctrine

The initial trigger for these latest protests was the 22 October ruling of the constitutional court introducing a near-total ban on abortion.

Until recently, the ‘abortion compromise’ of 1993 allowed the legal termination of pregnancy in Poland in only three cases: risk to the life of the mother, rape, and congenital foetal defects. In the ruling, the third case, which affects as many as 98% of all legal abortion cases, was deemed unconstitutional by the Constitutional Tribunal. This has made Poland’s abortion regulations among some of the strictest in the world. The number of illegal abortions in Poland may reach as many as 100,000 procedures per year.

The role of the Catholic Church and conservative Catholic lawyers

Despite the ruling party’s desperate attempts to hold the Constitutional Tribunal, or ‘independent judicial body’, responsible for depriving Polish women of their right to terminate a pregnancy in the case of severe foetal impairment, protesters quickly pointed to Jarosław Kaczyński, Chairman of the ruling Prawo i Sprawiedliwość (PiS) or Law and Justice Party; to the Catholic Church; and to Ordo Iuris – an organisation of conservative Catholic lawyers with extensive political influence in Poland – as those to blame for ordering the ruling from the highly politicised constitutional court.

Previously, in 2016, Poles gathered to protest (unsuccessfully as it turned out) against the reorganisation of the Constitutional Tribunal that would have the effect of turning it into a political tool in the hands of Kaczyński. But the 2020 protests are on a much bigger scale.

It is likely that Kaczyński intended to incite people to take to the streets. A near-total ban on abortion would satisfy the expectations of the Catholic Church and could take votes from the Confederation – the most conservative political party in Poland. Doing it when Poland was experiencing record daily Covid-19 cases may have looked like a win-win situation: if women fear the virus and stay home, there are no consequences for the ruling party; if, on the other hand, women go out and protest, they become an easy scapegoat for the rising numbers of infections.

if women fear the virus and stay home, there are no consequences for the ruling party; if they go out and protest, they become a scapegoat for rising infections

However, Jarosław Kaczyński had underestimated the depth and breadth of the discontent the decision would prompt, mobilising nearly a million Poles. What surprised Kaczyński and his fellow party members was the sheer determination of the protesters, as well as the deliberately vulgar language on the banners of the (overwhelmingly young) demonstrators: 'Fuck off' (Wypierdalać) or 'Fuck PiS' (Jebać PiS), also represented as ***** *** (hence the Eight Stars Movement).

From cultural to political (r)evolution?

The protests against the court ruling have morphed into a general movement against the government, the Catholic Church and the old conservative order.

The abortion ruling has pushed a significant sector of Polish society to the brink of what it finds acceptable, following a series of decisions by conservative judges and public speeches by church hierarchs and (mainly male) politicians, all of which have contributed to the restriction of women's reproductive rights.

A new word for patriarchal, conservative men – dziadersi – has appeared in the public space, loosely calling them out for their old-fashioned, curmudgeonly attitudes. It's worth noting that Poland is a country with the world’s biggest difference in religiousness between younger and older adults.

An unprecedented feature of the current protests has been the disruption of church masses, graffiti on church buildings and the use of obscene slogans against the Church. These activities have broken the taboo that churches are untouchable, provoking Jarosław Kaczyński to give a Facebook Live speech (in the manner of general Wojciech Jaruzelski introducing martial law in 1981) in which he accused women of profanation and called on supporters of the ruling party to defend churches at any cost. This call mobilised far-right groups to hold counter-protests and announce their readiness to ’defend’ the churches.

Will the crisis caused by the ruling party expand into a political revolution? It seems more probable that we are facing a cultural evolution significantly accelerated by the protests and accompanied by the crises in the Polish Catholic Church.

The protests have exposed the deep divisions in Polish society, which makes the 'r' in (r)evolution still sound rather faint. No revolution can succeed without a united front.

However, there are several issues to confront and resolve before that can be achieved, among them:

It seems that the new leaders of change in Poland are still searching for their own path to effective political activity. 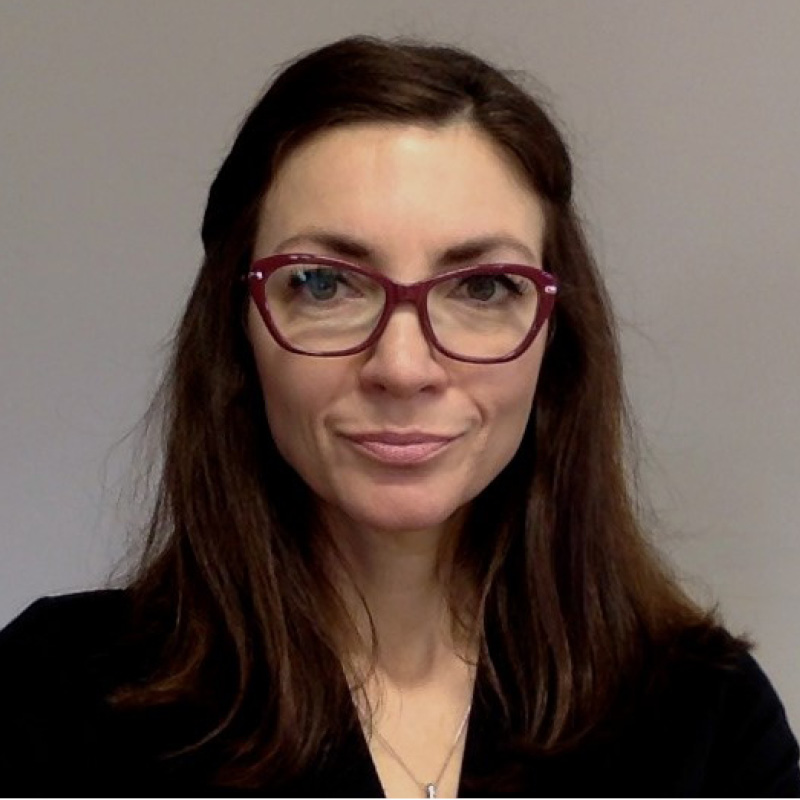 She has lectured at the University of Vilnius, the University of Florence, Liechtenstein-Institut, EURAC European Academy, London School of Economics and Political Science, Université Libre de Bruxelles and SciencesPo in Paris. She is chairwoman of a Programme Council of the International Institute of Civil Society, and has worked in the European Commission.

Renata is fluent in five languages. She has worked as a reviewer on numerous scientific journals, sat on the councils of numerous NGOs, and appeared on television as an expert commentator on European issues.

by Renata Mieńkowska-Norkiene, The Loop
November 23, 2020