Germany: a country of immigration – or integration? Merkel’s uncomfortable legacy

Germany has developed into a hugely diverse country, but Angela Merkel’s centre-right CDU is still grappling with this reality, writes Isabelle Hertner. Over Merkel's 16-year Chancellorship, her party has been torn between pragmatic immigration policy, and the demand for cultural assimilation

No country for immigration?

The centre-right Christian Democratic Union has long found immigration an uncomfortable topic. During the 1980s and 1990s, CDU-led coalition governments were tough on asylum seekers and refugees.

It took a centre-left/green coalition government in the early 2000s to modernise Germany’s citizenship laws and eradicate the concept of a German people tied by blood descent.

The CDU has never been able to admit that Germany is a ‘country of immigration’. Official figures suggest that over a quarter (26%) of people living in Germany have a so-called ‘background of migration’. It's a category that includes migrants and their descendants.

German society has become thoroughly diverse, a development reinforced by the European migration crisis. Between 2015 and 2017, more than 1.3 million migrants applied for asylum in Germany. The majority of these were refugees from war-torn countries such as Syria, Afghanistan, and Iraq. At the height of the crisis, in 2015, Merkel called for optimism and solidarity, claiming 'wir schaffen das' – 'we can do this'.

The far-right populist Alternative für Deutschland used the opportunity to strengthen its profile as an anti-immigration, Islamophobic party. It won 12.6% of the votes in the 2017 Bundestag elections, becoming the largest opposition party.

At the same time, many Germans volunteered to help the newly arrived refugees, revealing a welcoming culture, or Willkommenkultur. Younger people in Germany – many with a migration history themselves – tend to have a positive attitude towards migrants.

Large numbers of refugees have made Germany their home. In May 2020, around 29% of refugees from the eight main countries of origin were in work and paying social insurance. In 2015, the figure was only 18%.

Asylum applications in Germany decreased rapidly after 2017. Merkel played a key role in the European Union’s attempt to reduce the number of refugees entering the EU through Greece. In 2016, she struck a controversial deal with Turkey’s President Erdoğan.

Under the terms of the deal, Turkey’s coastline would be monitored. Germany would admit the refugees who Greece had rejected for asylum, in return for six billion euros and consideration of visa-free travel to the EU for Turks. The EU would accept one refugee already in Turkish refugee camps for each refugee Turkey took from Greece.

The deal allowed European governments to shirk their international commitments to refugee protection. It came in for fierce criticism from many sides.

Still in denial about Germany having become a country of immigration, the CDU prefers the phrase ‘country of integration’. This is in line with the laws introduced during Merkel’s Chancellorship.

In 2016, the Integration Law ensured that asylum seekers with good prospects of staying in Germany got early access to state integration measures. However, if asylum seekers refused to attend integration classes or take up work opportunities, the government cut their benefits.

In recent manifestos, the CDU has stressed the need for migrants to integrate by respecting German values

Germany’s recent refugee policy has aimed to integrate those permitted to remain by getting them to join the workforce. It also aims to reduce the number of refugees who enter or can remain in Germany.

In election literature since 2005, the CDU has framed immigration increasingly as a cultural issue. Manifestos stress the need for migrants to integrate into German society by respecting German values and laws, becoming German citizens, learning German, and joining (sports) clubs.

It's an emphasis that works to discriminate against Muslims. Jewish migrants from the former Soviet Union, German expellees and re-settlers, by contrast, are praised for their cultural contribution to German life.

A welcoming culture for bright minds?

For a long time, the CDU resisted calls to open up the economy to skilled migrants from outside the European Union.

Yet Germany’s population is ageing rapidly and there is now a shortage of skilled labour, something the CDU has begun to recognise. Its 2013 election manifesto called for a ‘welcoming culture for bright minds’ that are ‘highly qualified and eager to work’.

In August 2019, the Bundestag passed a new law to attract skilled workers with an officially recognised university degree or professional training from outside the EU. The Fachkräfteeinwanderungsgesetz, which came into force in March 2020, aims to speed up the hiring process by making it less bureaucratic.

The government wants to attract health and care workers, as well as STEM specialists. The law, however, requires skilled workers to speak German. They should also be earning their living in Germany before they get a work permit, so the entry hurdles are high.

Overall, under Merkel, the German government has been proactive in its immigration and integration policies. Yet these policies have sent conflicting messages, with governments seemingly torn between opening or closing Germany’s borders, and between welcoming diversity or demanding cultural assimilation.

Germany has accepted more refugees than any other EU country. Merkel’s government has also recognised that Germany needs skilled workers from outside the EU, and the 2020 law offers pragmatic solutions.

Germany's recent asylum and integration laws are, however, very restrictive. Newcomers face numerous bureaucratic hurdles, along with pressure to demonstrate their integration efforts.

This blog is based on Isabelle's article in the Journal of Ethnic and Migration Studies (2021, online first). Germany as 'a country of integration'? The CDU/CSU’s policies and discourses on immigration during Angela Merkel’s Chancellorship 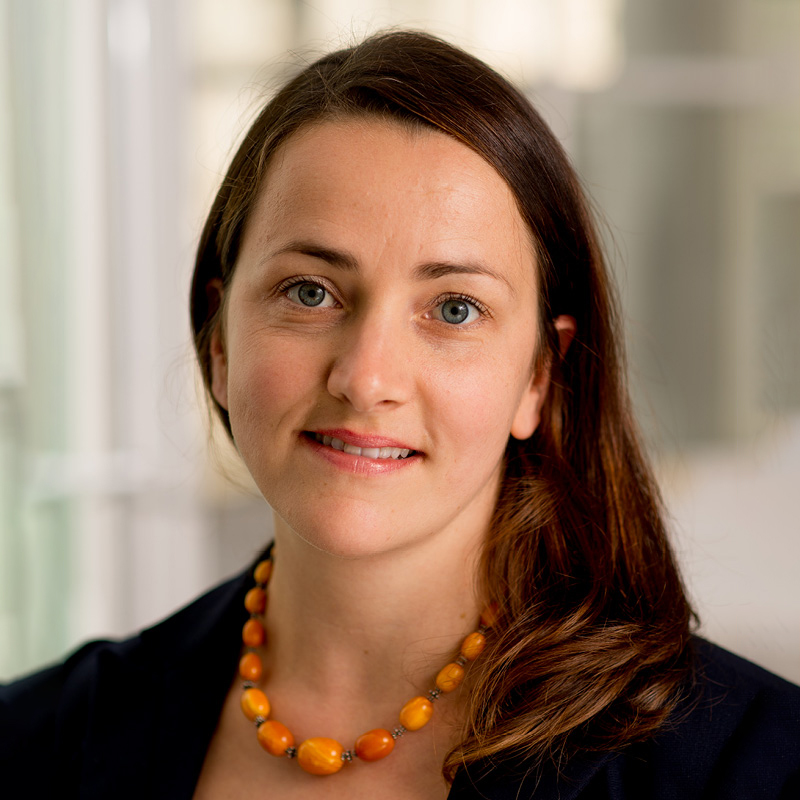 Isabelle’s research focuses on political parties in Germany, the UK, France, and at the EU level.

She researches party organisations (intra-party democracy, including the role of party members), policies, and discourses (on issues such as immigration, gender, and the EU).

Isabelle is the director of King’s College London’s Centre for German Transnational Relations.

Germany: a country of immigration – or integration? Merkel’s uncomfortable legacy