🦋 Democracy is under threat, and we must use theory to save it

This is not the time for collecting butterflies, writes Simone Chambers in response to Jean-Paul Gagnon. The threats to democracy we face today call for innovation and engagement, not typologies and definitions

Studying with Giovanni Sartori as a graduate student, I was dazzled by his erudition and confidence. His knowledge of democratic systems was encyclopaedic. His utter certainty that if only scholars would agree on the words and concepts we use (preferably the ones he had coined), we could finally have a cumulative science worthy of the name, was intoxicating.

Jean-Paul Gagnon has revived this ideal with equal erudition, if perhaps more humility. Despite the attractiveness of a neatly organised and navigable science of democracy, starting with an orderly typology of answers to the question 'what is democracy?', I had my doubts in graduate school and they have only grown over the years.

My objections are not about the value of the research project Gagnon describes, of cataloguing the words people have and do use to describe and talk about democracy, of then constructing an overarching narrative from that collection.

My objection is to the Sartorian claim that only such a project, as the master narrative of all democratic theory, can save the study of democracy from chaos and irrelevance. Far from being a 'shambles', democratic theory has never been more innovative, grounded, accessible, and relevant. And all this despite having no agreement on the increasingly irrelevant question ‘what is democracy?’

Giovani Sartori and Jean-Paul Gagnon are both caught in a false dream of orderliness. Sartori was continually irritated by scholars who used their words loosely, failed to define their terms, and used concepts in idiosyncratic ways, apparently unaware of the damage to science they were inflicting. Gagnon appears to have similar worries, and suggests that the study of democracy can learn from zoology. After all, you can’t study butterflies productively without a shared definition of what a butterfly is.

According to Gagnon, the failure to produce such a definition has left the study of democracy in a shambles and it has been that way for some time. Similarly, Sartori places the beginning of conceptual anarchy in the 1940s. This period, according to him, saw the shattering of any agreement on what democracy is. From then on there was no shared ‘singular theory’ of democracy that could contain and discipline research.

The dream of order is false, but it has caught Gagnon as it did Sartori before him

But this seems to exactly reverse the historical record. Prior to the 1940s, nothing interesting or important was happening in democracy studies. Democracy studies took off in response to the rise of communism and fascism. The shallow, unreflective agreement about the meaning of democracy shattered to make room for a real and exciting research agenda.

The second half of the twentieth century saw the growth and spread of democracy around the globe. This was in fits and starts, to be sure, but it had a clear trajectory. It was an era of optimism and ideology where measurement and improvement dominated the study of democracy. Empirical political science was preoccupied by questions of and disagreement about ‘what is democracy?’ This led to the development of multiple and competing indices, as well as a crowded field of definitions from Schumpeter to Dahl.

Meanwhile, normative political theory asked, ‘what is the best form of democracy?’ Scholars staked out their ideologically powered preferred visions for the improvement of democracy. These included direct, participatory, deliberative, agonistic, republican, competitive elite, liberal, and representative democracy – just some of the familiar entrants in the competition. This era produced an amazingly rich body of knowledge and theory.

I am baffled by the suggestion that this was so much spinning of our wheels because no theory won out to set the rules for normal science. Gagnon laments an intellectual landscape divided into types of democracy where each camp operates with their own definition. But rather than push beyond the types of democracy paradigm, he doubles down on it. He suggests we need to emulate biology and identify and agree upon the genus democracy in order to sort through and classify the species in a coherent science of democracy.

It is not difficult to see how the paradigms of measurement and models might lead to the ideal of a master theory. But it seems to me that this is not only a false ideal. It is tied to the preoccupations of the twentieth century. Democratic theory is leaving behind the twin questions of ‘what is democracy?’ and ‘what is the best model of democracy?’

Save democracy rather than collecting butterflies

We are moving into a new era of democracy studies. This looks to be even more intellectually productive than the last. Democratic theory is responding to deep worries about the resilience of democracy in the twenty-first century. Crisis and backsliding have replaced expansion and growth as the engines driving innovative and important research. To stay with Gagnon’s lepidopterology metaphor, worries about extinction and species annihilation now take precedence over classification. Questions about why we value democracy and how we can save it are taking centre stage.

Tellingly, the contrast is less between models of democracy, and more about why we should value democracy over more autocratic, technocratic, meritocratic, or epistocratic alternatives. ‘What is democracy’s value?’ is not the same question as ‘what is democracy?’ In response to crisis, new ideas about representation, parties, and ‘the people’ are emerging. We see an explosion of interest in lottocracy (sortition) and citizen assemblies, a growing concern with the oligarchisation of democratic institutions, and a grappling with the new digital landscape.

Our worry should not be that we have failed to produce a master science, but that we are working in the dusk of democracy

This research cuts across traditional models of democracy and tends to think about democracy as a complex system. It is generally significantly more empirically informed, grounded, and responsive to real-world events than earlier normative theory. We are living through an extraordinary era of creative, innovative, engaged, realistic, and knowledge-producing democratic theory.

Number 41 in a Loop series on the science of democracy. Look out for the 🦋 to read more 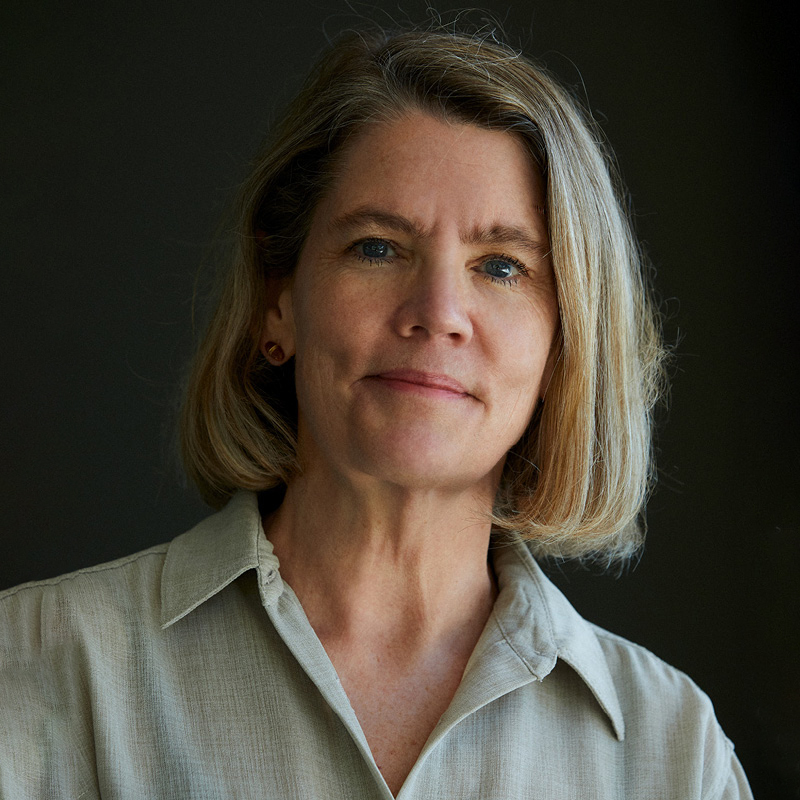 Simone has written and published on such topics as deliberative democracy, referendums, constitutional politics, the public sphere, secularism, rhetoric, civility, and the work of Jürgen Habermas and John Rawls.

She is currently working on two book projects – The State of Contemporary Democratic Theory, a critical survey of new developments in democratic theory; and Deliberation and the Future of Democracy: A Realistic But Not Realist Political Theory, a book of collected essays.

🦋 Democracy is under threat, and we must use theory to save it