🦋 Democracy by any other name

Jean-Paul Gagnon has argued that the most promising way of approaching the total texture of democracy is through words. But, asks Kathleen McCrudden Illert, what’s in a name? Many theories that we would recognise today as democratic were not, due to their historical context, associated with the signifier ‘democracy’ – and these concepts will be missing from Gagnon’s data mountain

The naming of butterflies

When Swedish botanist Carl Linnaeus first applied his famous system of classification to butterflies in 1758, he sought to name each species. Each label consisted of a genus name and a species name. All butterflies, he decided, belonged to the single Papilio genus, and all their names thus began with Papilio. For example, he gave the name Papilio antiopa to the butterfly with the common name ‘Mourning Cloak’.

Since Linnaeus, taxonomists have revised this system of classification multiple times. We now arrange butterflies in hundreds of different genera. Our Mourning Cloak, for example, is no longer Papilio, but Nymphalis. Nevertheless, the butterfly itself, with its distinctive, maroon-coloured wings, edged with yellow and speckled with blue, has changed not one jot.

Over the course of centuries, the same thing can go by various names

Over the course of centuries, the same thing can go by various names. This is clearly true of butterflies; it is also true of the concept of democracy. It was Jean-Paul Gagnon himself, in the first essay of this series, who drew a comparison between a taxonomy of butterflies and his ‘data mountain’ of linguistic artefacts about democracy.

Each of Gagnon's list of around 4,000 phrases combines the word democracy with an adjectival descriptor. By creating this list, a work which he compares to that of a taxonomist, Gagnon argues that we will be able to begin to understand ‘the total texture of democracy’. Indeed, he suggests that this approach, beginning with ‘words’ – by which he means the signifier ‘democracy’ – is the only way to avoid an ‘arbitrary’ approach to the study of the concept.

There are two ways of looking at the goal of this project, which Gagnon’s essay somewhat elides. One possibility is that the aim is to discover and catalogue all the different concepts associated with the signifier ‘democracy’. The second, and more ambitious endeavour, is to describe ‘the total texture of democracy’, in particular, to uncover ‘more democratic possibilities’.

The first goal would be achievable through Gagnon’s data mountain project. The second? I’m not so sure. To see why, we have to return to our friend the Mourning Cloak, via the eighteenth century and the French Revolution.

The thing is not the name

Mourning Cloak is clearly a butterfly. On that, people have agreed for centuries. But in different times and places, it has been given different names. The thing is not identical to the name.

Similarly, thinkers in the past theorised about concepts that look to us very much like democracy, or at least contain some democratic elements. Yet they were never labelled ‘democracy’. Let’s take a brief example. Joanna Innes and Mark Philp have shown how in eighteenth-century Europe, people used the term ‘democracy’ only with reference to a very narrow, specific form of government. At that time, this signifier described a particular form of primitive government. It was said to be unsuited to the modern world, and incompatible with modern notions of liberty. Democracy entailed the concentration of power, opening the way to the tyranny of the masses.

An extra twist came during the period of the French Revolution, when the term became heavily politicised. Revolutionaries on the radical Left, like Maximilien Robespierre, embraced the word, and even used it to justify the Terror. Between 1793 and 1794, more than 17,000 people were executed in the name of securing the Revolution.

The associations of the word ‘democracy’ with the ancient world, and, later, with the violence of the Left, meant that there were eighteenth-century thinkers who would never have even considered describing their ideas as ‘democratic’. Doing so, particularly in the mid-1790s, would risk being tarred with the same brush as Robespierre. Yet this did not mean that there were not elements to their theories that we would now recognise as democratic. If a butterfly is called something different, it does not mean it is not a butterfly. The same goes for democratic theorising.

One such thinker is the Enlightenment philosopher and French Revolutionary Nicolas de Caritat, marquis de Condorcet. I have argued that there were democratic elements to his ideas as early as 1789. In that year, he attempted to find a way to crowd-source the content of the famous Declaration of the Rights of Man. But given the negative associations of the term ‘democracy’, he very rarely used this language to describe his theory. Yet historians and political theorists, at a distance of several centuries, and shaped by our different context, are happy to identify aspects in his thought as democratic.

Contemporary theorists are happy to identify aspects of Condorcet's thought as 'democratic', though he rarely used this language to describe his theory

Figures like Condorcet create problems for Gagnon’s claim that we can understand the ‘total texture of democracy’ by starting with the signifier ‘democracy’. We would not find Condorcet’s 1789 ideas in Gagnon’s ‘data mountain’. The same is true of hundreds of other theorists across history who did not, due to the complexities of their time or place, use the signifier ‘democracy’. Nevertheless, they thought, talked, and wrote about democracy. Do their ideas not also belong in this conversation?

If Condorcet’s thought is anything to go by, they certainly offer new ‘democratic possibilities’. Gagnon’s stated aim is to exclude ‘arbitrariness’ from research on democracy. But viewed historically, his decision to study only concepts explicitly labelled as democracy begins itself to look arbitrary. To adapt a phrase, we should consider that ‘democracy’ by any other name might also smell democratic. It might contain concepts that are worth our while to discover, and that add to the mountain.

Number 40 in a Loop series on the science of democracy. Look out for the 🦋 to read more 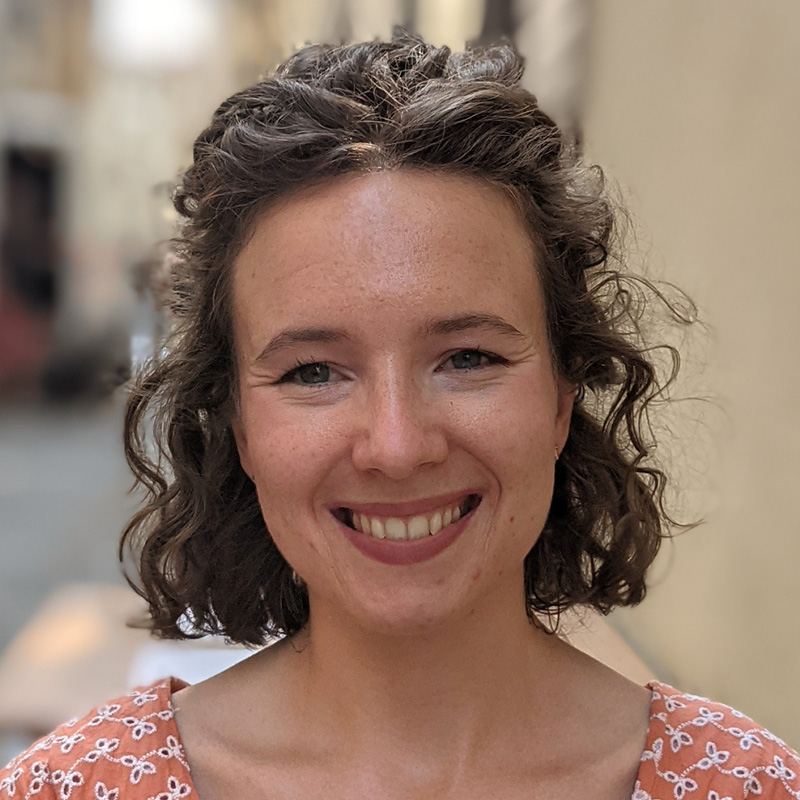 Kathleen's research sits at the boundary of history and political theory.

She is particularly interested in how to recover and reconstruct the ideas of past thinkers who are typically excluded from the traditional political-philosophical canon, especially women.

Currently, Kathleen's research focuses on the period around the French Revolution, and the development of the discourses of republicanism, liberalism, and democracy.

Using alternative methodologies, including the idea of 'embodied thought', she is writing a book about the political thought and activities of Sophie de Grouchy (1763–1822), the wife of the marquis de Condorcet.

Kathleen received her PhD from Yale University, having gained an MPhil and BA from the University of Cambridge.

Her dissertation was awarded the Hans Gatzke Prize for an outstanding dissertation in the field of European History.

🦋 Democracy by any other name