A welcome for Ukrainian refugees, but not those from the Middle East

Eastern European governments show a high degree of solidarity towards Ukrainian asylum seekers fleeing the conflict provoked by the Russian invasion. But these same governments continue to resist asylum seekers from the Middle East. Irene Landini explains the geographical, cultural and political factors behind this contradiction

More than 300,000 Ukrainians have fled to the European Union since the Russian invasion of Ukraine. The main destination countries so far have been those bordering Ukraine: Poland, Slovakia, Romania and Hungary.

Poland is the most popular destination. Polish citizens have actively mobilised to take Ukrainians into their homes, facilitating travel through the border, feeding and clothing them. The Polish Minister for the Interior, Kaminski, has declared that the Polish borders are open to all Ukrainians, regardless of their legal status. The governments of Slovakia, Romania and Hungary are ready to proceed in the same way.

A different reception for asylum seekers from the Middle East

This stance contrasts sharply with these countries’ earlier treatment of asylum seekers from Syria and the Middle East. Since the 2015 refugee crisis, more than one million asylum seekers have attempted to enter EU territory via the Belarusian borders to Poland and Hungary.

Poland has taken extreme steps to stop Middle Eastern asylum seekers getting in. As a result, people have remained stuck in the forest, without assistance

In response, the Polish and Hungarian governments have refused to take in their share of asylum seekers. Poland has even established military-controlled border fences to stop asylum seekers getting in, declaring a state of emergency along its forested region that borders Belarus. And the Polish government restricted access to the region to media, journalists, and aid organisations. As a result, asylum seekers (mostly from the Middle East, especially Syria, Afghanistan, and Yemen) remained stuck in the forest, in sub-zero temperatures, without adequate medical assistance.

The influence of history

This seemingly contradictory behaviour by the Polish authorities has precedents in the contemporary history of Europe. Solidarity towards asylum seekers has changed over time, and differs according to the asylum seekers’ background.

Between the end of WW2 and the 1980s, the political climate towards asylum seekers was generally positive. The Cold War pushed Western European states into being open to asylum seekers from Eastern Europe, emphasising the difference between the free, democratic West and the communist bloc. Communist authorities managed to strengthen border controls in Eastern countries, thus significantly reducing the number of people arriving in Western Europe.

From the mid-1980s, everything changed. A significant portion of public opinion shifted in the direction of widespread fear and distrust towards asylum seekers. National governments’ new priorities became concerned with preventing their arrival in their national territories. The exponential increase in the number of asylum seekers arriving only increased these fears, and the resulting restrictions.

Among the new arrivals, the percentage of non-Europeans grew, while their literacy rate decreased. Most Europeans saw them as people who were not fleeing from communist countries. Their conflicts were largely unknown to Europeans, so there was little emotional attachment, feeling of identification, or empathy. The same restrictive policy line was adopted by several (notably East) European states in response to the most recent flows of people from Syria and the Middle East – a consequence of the Arab spring and the 2015 refugee crisis.

So, how can we interpret the 'open arms' approach from Polish and Eastern European states today towards Ukrainians? War atrocities in Ukraine cannot be the sole explanation. Similar events are taking place in other parts of the world, including Syria and Yemen. Solidarity with and support for asylum seekers seems shaped by geographical, cultural and political factors. These are easily susceptible to change.

Solidarity with and support for asylum seekers seems shaped by geographical, cultural and political factors

The war in Ukraine is somehow felt as emotionally much closer to home. This is probably because of the geographical proximity and the great degree of attention it is receiving in the European and national media. Ukrainians are de facto European citizens (and thus, somehow inherently able to integrate into European societies), despite close cultural links with Russia. The Polish and Hungarian governments may also feel that Ukraine’s accession to the EU will bring some advantages to them. Ukraine may share several political and economic interests with the Visegrád group, further reinforcing it.

In the meantime, almost nobody understands what is going on with the war in Yemen. The world’s attention on Syria is declining. Lack of or insufficient information delivered by the mass media, geographical distances and a perceived cultural distance make conflicts in the Middle East less relevant in the eyes of the European population and its governments. Finally, at this stage, the number of Ukrainians fleeing war is still manageable by the receiving state authorities. It remains smaller than the number of people fleeing Syria and the Middle East.

The UN estimates the number of asylum seekers from Ukraine will increase to five or six million over the coming weeks. Eastern European states are not equipped to handle such a volume of people. This may create internal tensions and foster new feelings of fear and distrust among the population.

In such a (not so improbable) scenario, national governments may change their policy lines to more restrictive positions. Will the current favourable attitude towards Ukrainians last when the number of asylum seekers increases yet further? Or will Ukrainians face the same fate as the Yemenites and Syrians, stuck in bordering regions? 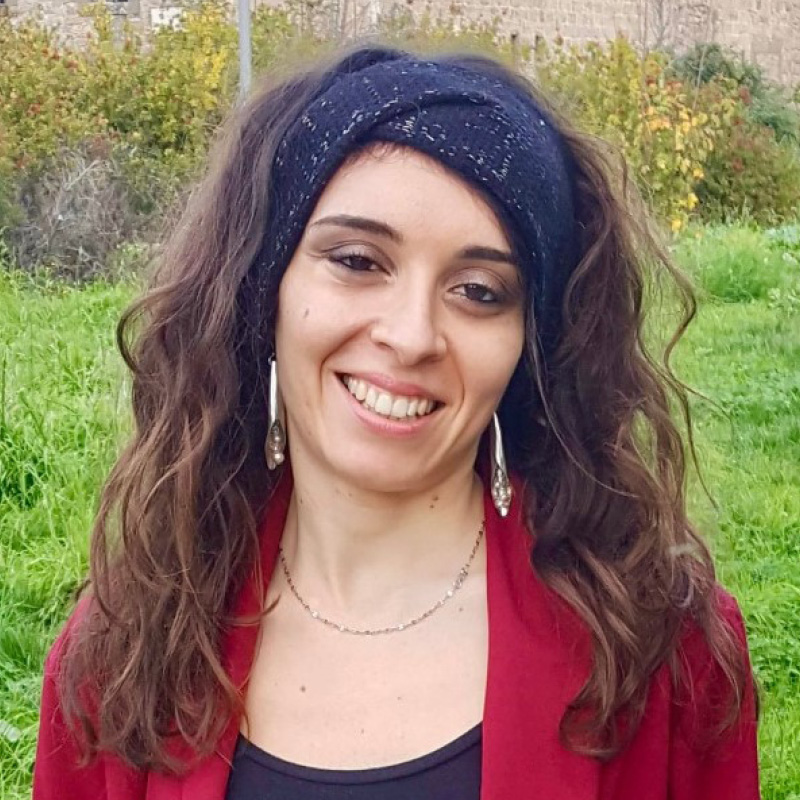 Irene is a political scientist and social researcher working on migration, migration policies and migrants’ civil and social rights, at the interface of academia and applied research.

During her PhD, she investigated the relationship between migration and welfare state development in Western Europe, with particular focus on parties' and politicians' discourses, and policy action, regarding the management of competition for social benefits between natives and migrants.

Currently, she is developing a new research line about the management of irregular migration by national governments in Western Europe.

She focuses specifically on the policies regulating the return and deportation policies of irregular migrants and the actual practices to implement them (their limits, impacts upon migrants, and possible ways of development).

Parallel to that, Irene is also researching the role of international organisations in managing and responding to health crises, especially the Covid-19 pandemic.

As a postdoctoral researcher, she is part of the project The World Health Organization and the Covid-19 emergency: functions, limits and impacts on the territory, which explores the limits and potentials of the WHO in its response to Covid, from a comparative perspective.

Before joining academia, Irene worked in the field of migration and migration policy, as an evaluation and monitoring assistant in the non-profit sector, and also carried out volunteer activities.

A welcome for Ukrainian refugees, but not those from the Middle East

One comment on “A welcome for Ukrainian refugees, but not those from the Middle East”