The Queen's two bodies and the political power of metaphor

Kandida Purnell explains the significance of the transition between the death of Queen Elizabeth II and the crowning of King Charles III. There is a strange (yet strategic) legal-theological history and tradition which gives the UK monarch two ‘bodies’. In doing so, it breathes life into the still commonly deployed metaphorical ‘body politic’

The ‘head of state’. The ‘public eye’. The ‘arm’ in army, and the ‘footmen’ who comprise it. We’ve all heard such terms, which call on the metaphor of the body politic. It is a rhetorical device used to make political communities knowable as a human body.

The thinking and practice of politics is profoundly embodied in political communities through ‘metaphoricity’ – the power of metaphor. Political speech is frequently littered with body parts. Indeed, in his maiden address as King to the members of the House of Lords and Commons, delivered inside the Parliamentary estate’s Westminster Hall, Charles III explicitly acknowledged the lively body of our politic. He referred to ‘vital parliamentary traditions’ and described parliament itself as the ‘living and breathing instrument of our democracy’. Its purpose, he said, was to ‘maintain the principles of constitutional Government that lie at the heart of our nation.’

He delivered this speech while the dead body of his late mother, Queen Elizabeth II, lay ‘at rest’ inside Holyroodhouse during its 500-mile ceremonial journey through the United Kingdom, and towards its final destination and ultimate resting place of St George’s Chapel at Windsor Castle. However, the body politic is not just any body, but a very particular body.

The use of bodily metaphor is more than mere wordplay. Ernst Kantorowicz’s The King’s Two Bodies (1957) traces the ‘mystic’ mediaeval theological and legal texts describing the monarch as having two bodies. One is the mortal body (the ‘body natural’). The other is the immortal ‘body politic’ which ‘cannot be invalidated or frustrated by any disability’ in his ‘natural body’. It means that ‘the King never dies’.

Royal jurists from the first Elizabethan period onwards have mapped out and written into law the capacities of the immortal body politic. It is ‘more ample and large’ than the ‘body natural’. Such writers describe, in relation to King James VI, how ‘this body is not subject to passions as the other is, nor to death’ [...] ‘He [the King] and his subjects together comprise the corporation… he is the Head and they are the members’.

From the mediaeval period, legal and theological scholars have described the monarch's two bodies and twin legal identities, one as a mortal and one which ‘never dies’

These two bodies came to provide the monarch with twin legal identities – one as a mortal and one which ‘never dies’. Even the execution of King Charles Stuart for treason took place ‘without affecting seriously or doing irreparable harm to the King’s Body Politic’. In this way, the execution contrasted with events across the Channel. In 1793, the last French monarch Louis XVI was executed by guillotine. The French state then transformed into a constitutional Republic. In short, the body politic serves a material as well as metaphorical political function, and continues to do so today.

The body politic does not die

On the occasion of a British Monarch’s natural death, Kantorowicz’s King’s Two Bodies describes how the body politic (as immortal) does not die. Rather, it is ‘transferred and conveyed over’ from one ‘body natural’ to another. We are, at this time, witnessing such a ‘transfer’ taking place (between Queen Elizabeth II and King Charles III). It is a liminal time and certainly feels politically disjointed. Moreover, with Parliament taking a ten-day recess the body politic – as well as the late Queen’s body natural – ‘rests’ while the transfer takes place.

It feels in the UK as though we as a body politic are coming apart all together, split between Royalists and Republicans, debating the appropriateness of a costly monarchical tradition as other parts of the body politic experience a cost of living crisis

It feels in the UK as though we as a body politic are coming apart all together – a body split between Royalists and Republicans. In Edinburgh reflexive chants of ‘Long Live The King!’ drowned out a heckler's criticism of Prince Andrew, the late Queen’s second son.

Meanwhile, debate continues to rage across the UK over the appropriateness of a costly monarchical transition when other parts of the body politic are experiencing a cost of living crisis. And one political party (Sinn Féin) refused to attend the new King’s accession proclamation ceremony in Northern Ireland. In its words, the event was ‘intended for those whose political allegiance is to the British Crown’.

Reconfiguration of the body politic

At this time of transition, the very trauma of the Queen's passing disrupts the body politic. This provides a chance to re-set and in this case reconfigure the body politic itself. King Charles III used his maiden speech to re-state the embodiment of the British populace by metaphorically evoking the institutional limbs and their functions. In this way, our present re-embodiment provides an opportunity to consider the health of the present collective body. What kind of body does our contemporary politic(s) need?

As a deeply unequal and increasingly polarised collective, we should use this time to consider the body parts that are being worn down and depleted

I ask my students every semester to consider these very questions as they map out the contemporary body politic for themselves. In recent years they have responded by explaining detailed diagrams of increasingly grotesque bodies with severe disabilities. Such bodies may struggle to breathe from the effects of climate change. They may be blind due to mis-information and/or lack of education. They may suffer from untreatable cancers stemming from acute social-political imbalance. As a deeply unequal and increasingly polarised collective, we should use this time to consider the body parts that are being worn down and depleted.

We should also consider how the body politic is made unwell through the demands of contemporary politics itself. And we should question the traditions that keep the body politic ‘alive’ through rituals such as those playing out now surrounding the late Queen’s ‘two bodies’.

A longer version of this blog appears on LSE Politics and Policy. 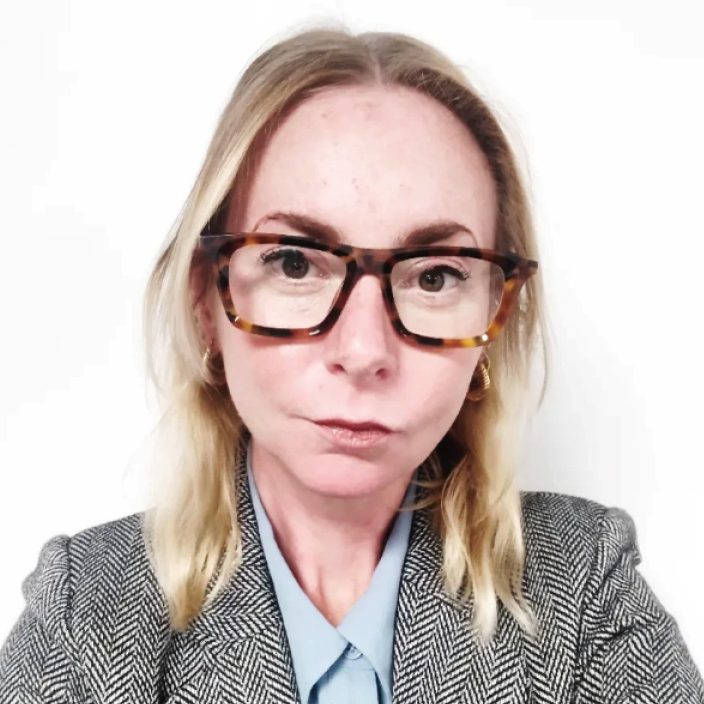 She has written on the body politics of the Global War on Terror, resistance practices, mass casualty events, repatriation and commemoration processes, and the Covid-19 pandemic. 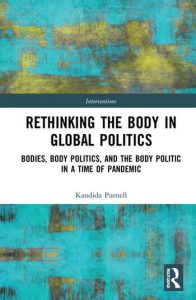 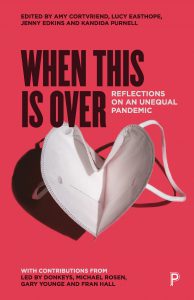 When This is Over: Reflections on an Unequal Pandemic
Co-edited with Jenny Edkins, Lucy Easthope, and Amy Cortvriend. Forthcoming from Bristol University Press – Policy Press, 2023

The Queen's two bodies and the political power of metaphor