EU independence from Russia's fossil fuels is predicated on a defence of democratic principles. Yet, argues Maria Gloria Polimeno, a moral contradiction in policy is emerging as EU member states seek other suppliers. This highlights the need for a sustainable green transition in EU energy supplies

War in Ukraine has accelerated EU ambitions to achieve energy independence from Russia. EU states are seeking new energy sources on the premise that Putin's expansionist war is a threat to security. The manoeuvre is not surprising. The 2030 REPowerEU project to support a green transition was on the table in Brussels long before war broke out. However, there are some political and ethical issues to consider.

Isolation of the Russian Federation, combined with six sanctions packages, found legitimacy on ethical and tactical premises. Such sanctions would have plunged Russia into the abyss of a new default. Russia's exports to 'NATO countries' in terms of trade turnover amounted to 42.7% in 2021, and 54% in 2022.

After the initial sanctions, EU imports of Russian fuel fell to -60%, representing a massive loss of Russian real income. But this loss is already impacting EU real household income, which fell by 0.6%. Prices are expected to rise by up to 7–8% in Europe, unless politically mitigated by effective alternative energy sources and financial policies.

The impact of war

Russian partial losses in exports (and especially coal) to Europe have resulted in a shift to other importing countries. In particular, they have shifted to India, which is soon expected to become the main importer after China. Moreover, Russia is investing $127 million over the next three years to become the leading exporter of hydrogen energy.

To a limited extent, these smaller and larger replacements allow for a kind of postponement of default. This despite the fact that gas and oil problems remain unresolved. And despite denials, Nord Stream 2 has gone bankrupt.

Such considerations do not diminish the importance of sanctions within the logic of warfare and in response to war crimes committed in Ukraine. However, the EU's ethical concept of threat and the morality of 'not negotiating with dictators' remain a deep concern.

Economic boomerang effects now threaten to affect a still-fragile Mediterranean region. The Mediterranean risks destabilisation for a combination of economic and unresolved political reasons, primarily, food prices and the blockade of wheat exports from Ukraine. Reserves could dry up as soon as five months from now. That is a shocking scenario, and one which the international community is doing very little about.

The Mediterranean: an unstable trap

Since the wave of protests in 2011, profound transformation has taken place in the Mediterranean. Yet it is a transformation the EU and its member states have largely neglected.

For decades, the EU talked about democracy and democratisation, and protection of human rights under the European Neighbourhood Programme Instrument. Nevertheless, autocracies (or ‘autocratisation’) continued to grow. The situation in Egypt under al-Sisi, the coup in Tunisia, political paralysis in Lebanon, and a militarised Algeria are just a few examples of recent failed processes of change. Civil societies remain largely repressed, academic and cultural freedom curtailed, human rights violated, redistributive politics neglected. Incarcerations, meanwhile, continue to rise.

In 2016, new Mediterranean gas fields were discovered off the Egyptian coast, just a few miles from the Calypso and Noor fields. This should also have made the geographic area between Egypt and Israel central to EU strategic interests in terms of gas supplies. Yet the abundance of Russian gas meant few EU member states sought diversification of suppliers. And even after Putin's annexation of Crimea in 2014, dependence on Russia continued.

violation of freedom and state violence in the Mediterranean are, it seems, neither an ethical nor a moral problem for the EU

The Russian invasion of Ukraine changed all that. The EU now uses Russia's poor record on freedom, democracy and human rights to justify its reduction of dependency on Russian gas. At the same time, however, EU and member states maintain relations with restored autocracies in the Mediterranean which continued to neglect these values.

EU states sought new energy sources under the rhetoric of economic, military and security cooperation. Violation of freedom and state violence in the Mediterranean are, it seems, neither an ethical nor a moral problem for the EU and some of its member states.

The search for new gas suppliers in the MENA may have a boomerang effect for the Mediterranean region. Agreements with militaries who act as business actors cannot, in the long run, produce stability.

Middle Eastern gas or oil will not be a long-term gain for either the EU or its member states. Italy remains the most vulnerable country, importing about 60% of its gas from Russia and 40% from Algeria. It urgently needs new gas suppliers.

Looking to Egypt and other countries, as well as increasing gas supplies from Algeria, may seem the most obvious options on the diplomatic table. Yet they are options that could prove disastrous. The internal demand for fossil fuels, combined with rising inflation and a possible wheat crisis, could act as a catalyst for future waves of protests in the MENA.

My profits, your death: the urgency of a green transition

Instead of importing liquefied natural gas from the US and relying on carbon-based infrastructure that contributes to irreversible climate damage, there is an urgent need to accelerate the development of green and sustainable resources such as solar and wind energy.

The EU and some of its member states continue to look to Qatar, Egypt, Algeria, and others. This exposes diplomatic hypocrisy and the lack of coherence in EU energy policies. It could also jeopardise the EU's future role in the Mediterranean, especially now that it has introduced a new and ambitious Neighbourhood and Development International Cooperation Instrument (NDICI) for the period 2021–2027 as an alternative to the former European Neighbourhood Programme Instrument. 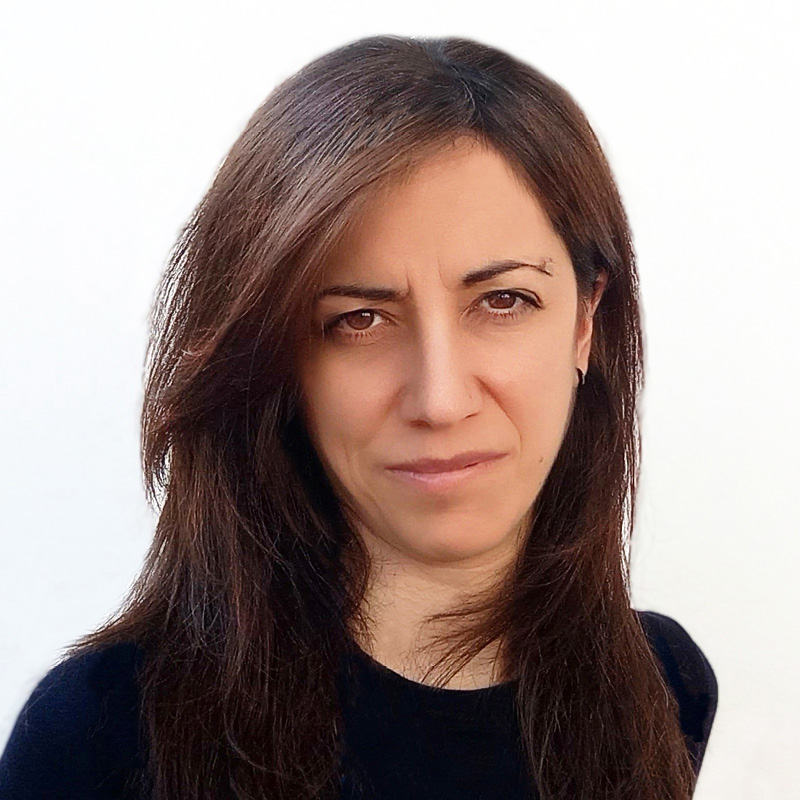 Before moving to York, Gloria held teaching, supervising and research positions at the University of Exeter, SOAS, The Queen Mary and Birkbeck College, University of London.

She has also held research positions as a Middle East expert on British Academy and ERC-funded projects.