🦋 On different ways to intend democracy, and to study it

Andrea Felicetti writes that Gagnon’s data mountain is not a guarantee against biases and partiality. In addition to words, we must pay attention to people, their customs and practices, to better grasp what democracy entails

When I read Jean Paul Gagnon’s proposal to rescue the science of democracy, the title struck me as surprising. For someone trying hard to keep up with at least some of the developments in the field, I found quite puzzling the reference to the 'abandoned science' of democracy, whatever 'science' might mean here. Indeed, the kind of systematic effort on the lexicon of democracy that Gagnon is masterfully leading suggests the study of democracy is in a fast-evolving state.

When I read further, my surprise continued. Gagnon starts off with Giovanni Sartori’s critique of the absence of a singular theory of democracy, and the related claim that the study of democracy is in a shambles. Gagnon seems to suggest that Sartori is addressing this critique to the convention of introducing theories of democracy in a partial way, as Robert Dahl and Henry Mayo did. To be sure, Sartori might have been sceptical about many things. But I don't think he was particularly critical about Dahl’s and Mayo’s work.

I agree with Gagnon that these latter authors’ introductions to democracy are deliberately partial. However, rather than finding this a problem, I appreciate the intellectual humility underpinning the positions of these inspiring authors.

In my understanding, Sartori might have been more upset about the absence of a fully-fledged theory of democracy. More specifically, I think his claim that the study of democracy was 'largely single-issue minded' and left us with 'splendid fragments in splendid isolation' had to do with the burgeoning developments of different strands of democratic thought. As great as they were, these strands struggled to connect with each other, and with past work. To Sartori, a mainstream view of democracy was no longer there, and he thought it imperative to rebuild it.

In my view, Gagnon’s efforts go in the opposite direction. The problem, for Gagnon, lies in the absence of a singular theory of democracy. He might, however, mean something fundamentally different from Sartori. Gagnon might be sceptical of mainstream, narrow views of democracy. He might be seeking to broaden the way we consider and engage in democracy, as many of us do nowadays. To make progress in that direction, I think it is important to choose our points of reference carefully.

Yet I don’t think the absence of a singular theory of democracy is a genuine problem. I believe it is beneficial to look at complex phenomena from a variety of viewpoints. At the time Sartori was writing, the idea of developing a single theory might have made more sense. Today, it is more problematic to think that way, as more and more thinkers are challenging the paradigmatic understanding of democracy.

Today, it is problematic to think of developing a single theory of democracy. More and more thinkers are challenging its paradigmatic understanding

I am referring here to liberal democracy, the most widely known way of understanding and reflecting upon democracy. Liberal democracy is an incredible achievement. Still, we know that the dominance of this particular approach to democracy has meant that others have struggled to emerge. Overall, replacing this understanding of democracy with another single one doesn’t seem so appealing.

Gagnon would like to find a way to answer the question 'what is democracy?'. I think the inability of theorists to give a univocal answer doesn't automatically mean there’s something arbitrary at play, as he suggests. If people with a job other than that of theorising democracy come up with something more whimsical or random, that doesn’t strike me as a grave problem, either. If it were, democracy would likely have been in trouble for a long time.

Gagnon’s approach might be just as partial as others

Gagnon wants to create and study a mountain of data to learn from words what democracy means. I see his point. Someone acutely aware of the diverse conceptions characterising democracies might feel compelled to look for an encompassing understanding of democracy.

Yet, I think Gagnon’s data mountain is as partial as others. It might be a child of the times in which it is conceived, rather than the main path to a science of democracy. The lexicographic pursuit is increasingly viable thanks to recent technological developments. It would have been almost unthinkable when Sartori was making his critique of the state of democracy scholarship.

Gagnon’s data mountain might be a child of the times in which it is conceived, rather than the main path to a science of democracy

I believe we should give more attention to the different theoretical views that emerge around the concept of democracy. By so doing, we could better understand the meanings of democracy, and how they relate to each other. Also, I would pay greater heed to what people do as they go about their lives, their customs, practices or performances. I acknowledge these are difficult tasks that might also, to simplify, be 'tied to ourselves and what we personally know'. Still, I disagree with Gagnon that this is all arbitrary.

Some may argue that we can’t approach democracy as an entomologist would approach butterflies. I am not among their ranks. When I decided to focus on this limited domain of the study of democracy, I knew I was unlikely to follow heuristic approaches characteristic of life science.

What Gagnon’s data mountain can do

That doesn’t mean I don’t appreciate the developments Gagnon is pointing at. Indeed, I agree with him on the importance of capturing democratic words scattered around the world (granted that the most interesting ones might not be the ones expressed in the English language). I also believe there is great value in giving them a narrative. At the same time, I also like other current efforts to approach democratic theory. And I tend to prefer those developing narratives that are unashamedly limited and plural.

Jean-Paul Gagnon is probably among the people who are contributing most, and have spent the greatest time and effort, trying to explain the diversity of the concept of democracy. I am confident he will realise a 'narrative' for his empirical observations that will prove a tremendous benefit to the study of democracy. I also believe that as narratives do, (even scientific ones, I dare say), Gagnon's encompassing narrative will evolve, shift, change, break, split, and merge with others. And it is exactly there that an even bigger contribution to democratic theory might lie.

Twenty-seventh in a Loop thread on the science of democracy. Look out for the 🦋 to read more in our series 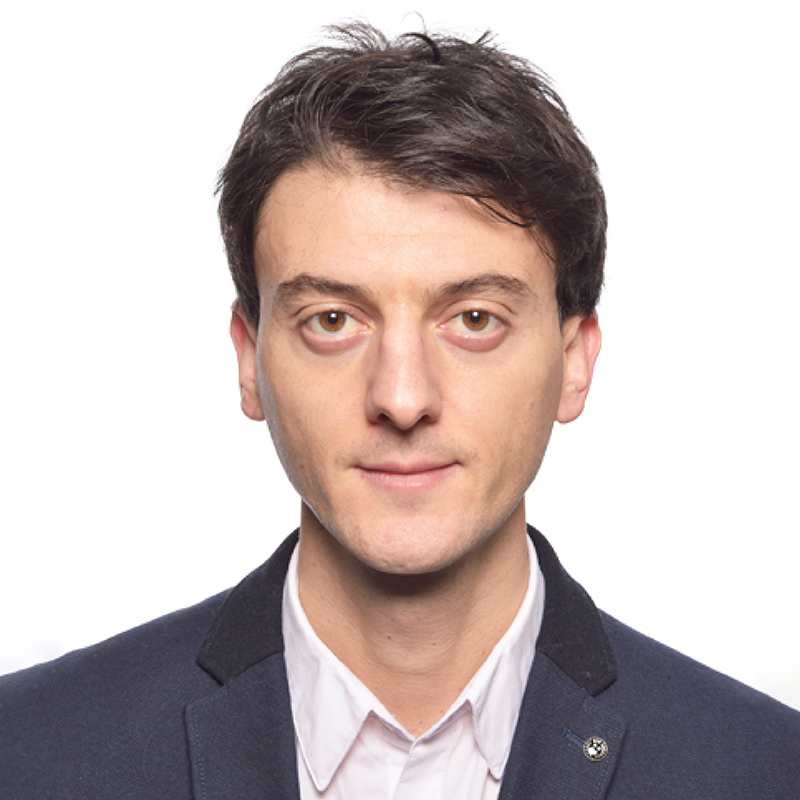 Andrea earned his PhD at the Australian National University. 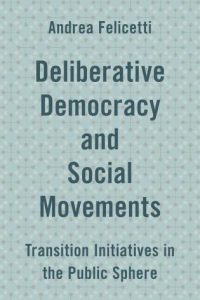 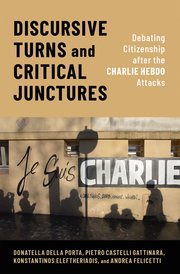 He is PI on the project Social movements as agents of democratisation: the case of genome-editing governance.

🦋 On different ways to intend democracy, and to study it

In January, Italy must elect a new President in a ritual equivalent to a Papal conclave. The likely contenders are already emerging, but, argues Nicholas Whithorn, there are no certainties in this election – especially when there are complications concerning the favourite, Mario Draghi
Read more
December 6, 2021

How do federal states die? Dennis Penu looks at the case of Ghana, explaining that a federal state can die gradually rather than suddenly. In crisis situations such as the current pandemic, political forces can easily exploit such gradual change
Read more
December 3, 2021