📐 Freedom of expression in Brazil suffers under Bolsonaro

Brazilian president Jair Bolsonaro has raised international concern by spreading misinformation, and for his constant attacks on the media. Bruna Fontes de Azevedo Palma speculates that steep decline of the right to opinion and expression during Bolsonaro's presidency could lose him the forthcoming election

Brazil's bad performance in the right to free speech

Jair Bolsonaro took office as president over three years ago. Since then, he has become known worldwide for his animosity towards his critics and political opponents. Even before his election, Bolsonaro's public anti-human rights stance had a notable impact on Brazil, where the subject was already divisive. The murder of councilwoman and activist Marielle Franco in the year of Bolsonaro's election symbolised Brazil's new political context. And it is especially significant for the right to opinion and expression in Brazil.

As this series argues, tracking countries’ human rights performances through reliable, accessible data is integral to assuring these rights. According to Human Rights Measurement Initiative (HRMI) data, the right to opinion and expression in Brazil has declined significantly under Bolsonaro. From 2017 to 2021, Brazil's score on this metric fell from 6.0 out of 10 to just 4.5. Brazil now rates in the 'bad' range. Its numerous violations of civil and political rights make Brazil's government worse than many others in HRMI's sample.

How well is Brazil's government respecting each right?

HRMI asked human rights experts which people risked having their right to opinion and expression violated. Experts surveyed identified four groups particularly at risk in Brazil. These were human rights advocates (68%), journalists (63%), indigenous people (58%) and those with certain political affiliations or beliefs (53%).

Marielle Franco's murder and the 2018 elections

2018 was marked in Brazil by the murder of Marielle Franco, a young black LGBTIQ+ councilwoman from Rio de Janeiro. Franco was a vocal defender of human rights, especially in the favelas, and she frequently denounced police brutality. Her murder was a sad manifestation of the decline of freedom of expression in Brazil. It showed clearly that intolerance and extremism were on the rise – and human rights activists became a particular target for those who wanted to restrict those rights.

Investigations showed that Franco’s murder was premeditated. Prosecutors now believe her death to be a political crime. Militia members, often current or former police officers involved in organised paramilitary crime, are the primary suspects. Four years later, the case remains unsolved, despite demands for justice from national and international organisations, including Amnesty International.

2018 was also a turbulent election year in Brazil, in which hate speech proliferated, and extreme political polarisation gained ground. Bolsonaro, a presidential candidate at the time, fuelled this tense atmosphere, raising international concern. His campaign spread fake news, and he fervently denounced human rights, minorities, his political opponents, and the media.

Bolsonaro's threat to opinion and expression

However, it was perhaps during the Covid-19 pandemic that Bolsonaro attacked most directly the right to opinion and expression. According to Reporters without Borders, the president's Covid denialism put journalists at greater risk of attack.

At the peak of the pandemic, Bolsonaro spread misinformation about safety measures, vaccines and treatments. He even mocked the virus, downplaying its obvious potential to kill. Journalists, academics and scientists who dared defy the government narrative faced threats and slander. Bolsonaro even intimidated government critics with a dictatorship-era law.

The World Press Freedom Index is Reporters Without Borders' assessment of the state of journalism around the world. Its 2022 edition rates Brazil 110th out of 180 countries for press freedom. Analysis draws attention to the fact that Bolsonaro's presidency has perpetuated structural violence against journalists.

2022 elections and freedom of expression

As Brazil approaches its presidential elections, Bolsonaro lags behind former president Luis Inácio Lula da Silva of the Worker's Party in most polls. Threatened with losing to Lula, Bolsonaro has cast doubt on Brazil's electoral process and is claiming ballot-rigging. Though he has failed to provide any evidence, Bolsonaro's claims have nonetheless increased tension and political polarisation during the campaign period.

With the current election cycle marred by political violence, UN experts have expressed their concern over such violence and attacks upon the electoral system in Brazil. Supporters of the Worker's Party are the most likely targets for violence.

67.5% of Brazilians fear being the victim of political violence, and 3.2% of respondents have recently suffered politically motivated threats

According to a Datafolha poll, this September, 67.5% of Brazilians fear being the victim of political violence, and 3.2% of respondents claimed to have suffered politically motivated threats in the previous 30 days.

The judicial system, including the Supreme Court and the Superior Electoral Court, has taken measures to prevent the dissemination of fake news and to guarantee free and fair elections. In defence of the right to opinion and expression, the Courts shared a letter with presidential candidates asking for their commitment to the safety and freedom of journalists during the media coverage of the presidential campaign and broadcast debates.

This year's elections present a unique opportunity for the people of Brazil. With the right to opinion and expression deeply compromised, on 2 October Brazilians could take a significant step towards reversing the sorry decline of human rights under Bolsonaro.

📐 No.5 in our Measuring Human Rights series, discussing the challenges and limits of methodologies for gathering human rights data 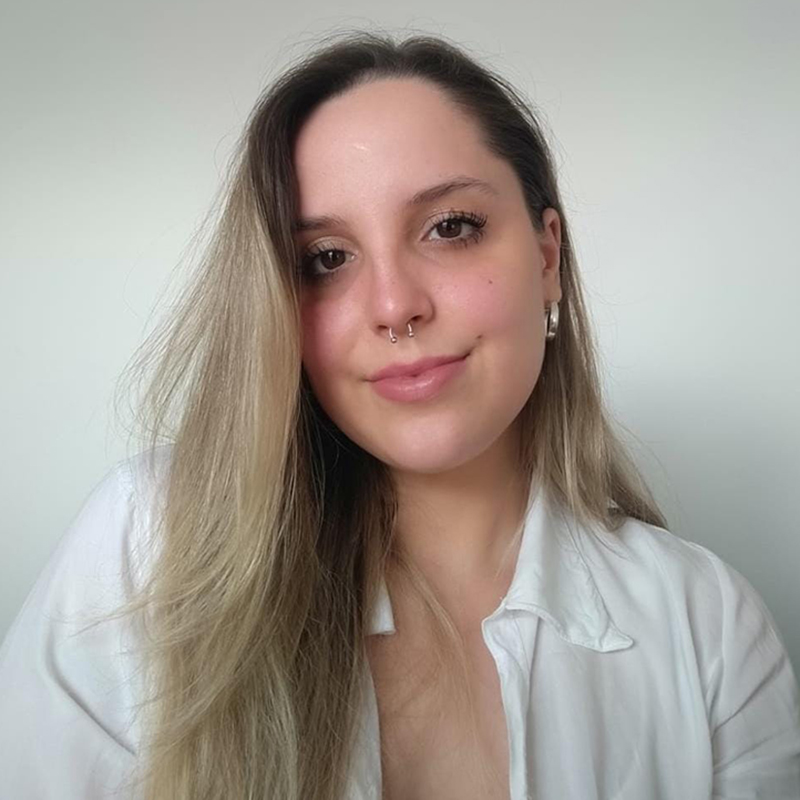 She is currently studying law at the University of Buenos Aires (UBA).

Her fields of interest include human rights in Latin America, climate refugees and the intersection between international relations and film.

📐 Freedom of expression in Brazil suffers under Bolsonaro

One comment on “📐 Freedom of expression in Brazil suffers under Bolsonaro”