Brazil’s presidential election: How far does the populist glow reach?

Despite harsh criticism of his government's performance, Bolsonaro attracted significant public support in the first round of Brazil's presidential election, writes Franziska FN Schreiber. The populist incumbent promoted voters’ trust by responding to their anxieties, to their uncertainties, and to myth

The first round of Brazil's presidential elections took place on 2 October 2022. The result was 43.2% for incumbent Jair Bolsonaro and 48.4% for ex-president (2003–2010) Luiz Inácio Lula Da Silva. Given that none of the candidates achieved more than 50%, a final run-off is scheduled for 30 October. Pre-election polls predicted Lula would reach the critical 50% threshold. These polls also projected Bolsonaro would win around 36%. But in the end, his vote share was more than 43%. This result left the world searching for an explanation.

Why did polls underestimate Bolsonaro?

Thoughout his premiership, Bolsonaro has promulgated xenophobic, racist and misogynist discourse. During the Covid-19 crisis he was guilty of blame-shifting, denialism, and downplaying the virus. Bolsonaro has continuously attacked democratic institutions, by claiming, for example, that the electoral system was malfunctioning. These serious allegations have eroded public trust in institutions. More recently, Brazil has experienced a rise in inflation and poverty.

Until recently, observers assumed Bolsonaro to be an 'aberration'. He profited from the corruption scandal engulfing left-wing Partido dos Trabalhadores (PT), and its leader Lula's subsequent withdrawal from the 2018 elections. But in 2022, the scenario is different. Lula has been released from prison, and his corruption charges dropped. Bolsonaro’s governance has proven rather shaky. Research suggested that the 'populist glow' – voters' emotion-driven support for the populist – would fade. Yet comprehensive disillusionment in Bolsonaro has so far failed to materialise.

Shallow analyses suggesting reasons for the polls’ inaccuracy abound. Some speculate that sampling biases or strategic voting were to blame. Others claim that right-wing voters were reluctant to reveal their true preferences, fearing them to be socially unacceptable.

Some say that sampling biases or strategic voting were to blame for the polls' inaccuracy. Others claim right-wing voters were reluctant to reveal their true preferences

However, Bolsonaro’s allies outperformed expectations in the elections of federal deputies, governors and senators. This proves how deeply entrenched are authoritarian populism and the far right in Brazil’s political landscape. Understanding why a considerable proportion of Brazilians still trusts Bolsonaro and his allies therefore requires more in-depth analysis.

Populist logic helps make sense of the continuing support for Bolsonaro. We may understand populism as the expression of a crisis of trust in democracy and politics. Populists and their devotees no longer trust democratic institutions and 'the elite' to represent their demands and needs. The populist leader positions himself or herself as an anti-establishment candidate defending 'the people'. This encourages citizens to identify with the populist, and fosters an inherently 'personalistic' type of political trust.

Populist trust is qualitatively limited: people tend to place trust in the leader, rather than in more complex political programmes or political parties. Bolsonaro enhanced this personalistic type of trust. He questioned democratic institutions, responded in populist fashion to people’s anxieties and uncertainties, and perpetuated their myths. The theoretical assumption that populists are likely to exploit and capitalise on crises certainly holds true for Bolsonaro and the Covid-19 pandemic. Three channels may account for Bolsonaro’s ongoing support among the Brazilian population:

Since his early days in power, Bolsonaro has pitted his in-group of supporters against a host of reprehensible out-groups. At the same time, he has fuelled resentment and antipetismo, and evoked the 'communist threat'. The pandemic also allowed Bolsonaro to perpetuate a climate of constant crisis. Repercussions from Covid-19 contributed to widespread public grievance, social discontent and resentment against lockdowns. Bolsonaro shifted the blame for his failed policies and economic decline to the state governors. By so doing, he nurtured anti-establishment sentiments, and increased the polarisation of Brazilian society. This strategy allowed Bolsonaro to promote himself as a crisis moderator, generating greater trust in him, and his like-minded allies.

Throughout the coronacrisis, Bolsonaro spread an 'infodemic' of fake news and discreditated scientific evidence. This, together with people’s declining trust in institutions and their authority, drove wild speculation, the spread of ambiguous information, and epistemic insecurity. Conspiracy theories and 'alternative truths', part of populists’ and Bolsonaro’s playbook, claimed – misleadingly – to provide simple solutions to intricate problems. In a climate of uncertainty, Bolsonaro encouraged people's inclination to fall back on subjective beliefs, providing alternative, extra-institutional sources of epistemic trust.

He also builds on a wider strategy of 'sacralising' politics, including the staffing of governmental positions with evangelical personnel. Bolsonaro – full name Jair Messias Bolsonaro – casts himself as a messianic figure who will bring salvation to the populace. His followers even refer to him as O mito – the myth. Research shows that the messianic communication style, which adds religious narratives to traditional populist rhetoric, is trending among Latin American populists. Bolsonaro showcases his religiousness and claims that 'only God will oust me'. By so doing, he has advanced a faith-based notion of trust.

Bolsonaro thus employed a dual strategy: erode institutional trust on the one hand, and draw on three sources of personalistic trust on the other. Against the odds, this attracted him a considerable share of popular support. Populist-personalistic trust may complement or replace conventional forms of democratic trust. It seems to be more stable and functional even under challenging conditions.

Out-of-race candidates Simone Tebet and Ciro Gomes have recently come forward to endorse ex-President Lula. Lula is currently considered the favourite to win Brazil's presidential election on 30 October. But Bolsonarismo is unlikely to vanish. Even if Lula emerges victorious, the legacy of Bolsonaro will continue to cast a considerable pall over a Lula administration. 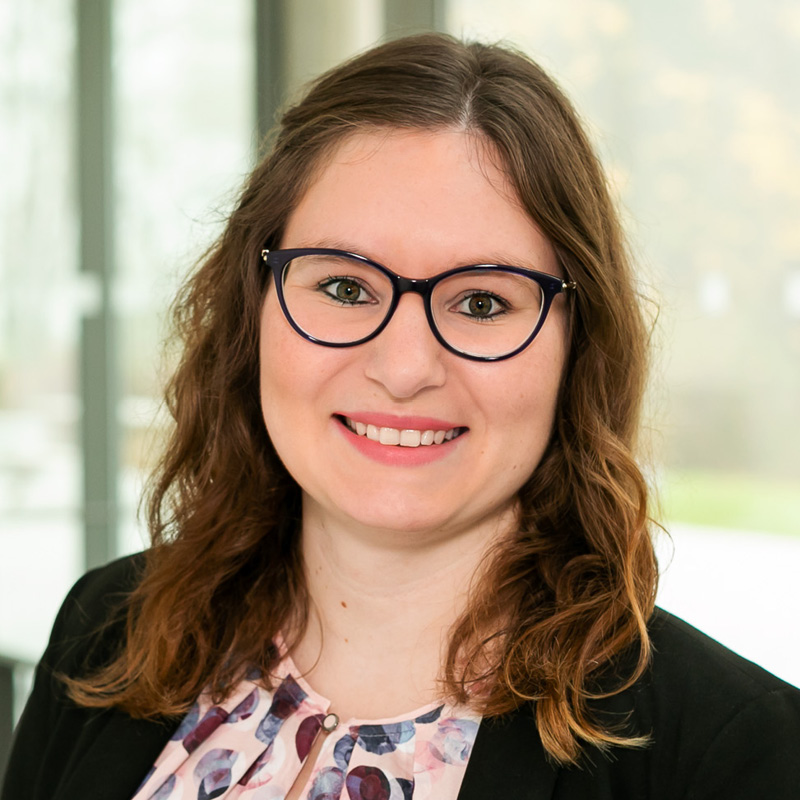 Franziska is a doctoral candidate in the cluster initiative ConTrust.

Her research interests are multilateralism, trust in International Relations as well as the Latin American region.

In her dissertation project she focuses on the role of trust for the lifting of international sanctions.

Franziska holds a master’s degree in International Cultural and Business Studies from the University of Passau and has previously worked for the German National Academy of Sciences Leopoldina.

Brazil’s presidential election: How far does the populist glow reach?