We owe much to the Kurds for the defeat of Islamic State, even if the fight still goes on. Yet, writes Dastan Jasim, the rise of Turkey as an unpredictable military power threatens post-conflict reconstruction – and Syria’s democratic future

Building democracy in a civil war

Since 2012 Kurds have been governing large parts of north-east Syria, now called the Autonomous Administration of Northern Syria (AANES). The armed forces of that semi-autonomous entity, the Syrian Democratic Forces (SDF), are the biggest on-the-ground ally of the US-led Combined Joint Task Force – Operation Inherent Resolve (CJTF-OIR). They liberated large parts of Syria from the so-called Islamic State (IS) and implemented a new type of egalitarian, feminist, and ecological grassroots governance, which makes them an important military and political actor in Syria.

However, recent Turkish attacks on the AANES have changed the outlook. Those who defeated IS and implemented grassroots democracy in the middle of a civil war now find themselves in danger, as Turkey collaborates with Islamists to fight those who battled Islamism the most.

The pressure of Turkey on Kurdish areas started while the Kurdish-led SDF were still busy fighting IS. In August 2016, just weeks after Kurdish-led forces liberated the city of Manbij near the Turkish border from IS, Turkey launched Operation Euphrates Shield, apparently to tackle IS and Kurdish presence in the border region – overlooking the fact that IS had been present in this region since 2013, without apparently bothering Turkey.

The campaign established a proxy style of ground offensive that Turkey would use consistently thereafter. It founded the Syrian National Army (SNA), also known as the Turkish-backed Free Syrian Army (TFSA), a group of mostly Islamist militias like Ahrar al-Sham and the Sultan Murad Division. These militias would carry out on-the-ground advances while Turkey would provide support and airstrikes.

By doing so, Turkey and the SNA established control over large parts of Northern Syria, where Turkey is still effectively governing today.

This did not stop the Kurdish forces from continuing the parallel fight against IS, liberating Raqqa in October 2017 after almost a year of fighting against the Islamist group. Just two months after this victory, Turkey struck the Kurdish areas yet again, this time targeting the north-western area of Afrin in Operation Olive Branch.

The operation killed dozens, and displaced thousands of Kurds to the IDP enclave of Tal Rifaat that remains subject to repeated embargoes by Turkey, Russia, and Syria.

Kurdish inhabitants, especially women, are being abducted and killed daily. The Afrin Missing Women Project claims it has registered 150 abductions of women so far. Despite this, the SDF continued to press operations against IS, finally ending its territorial rule with victory by CJTF-OIR and SDF forces in the March 2019 Battle for Baghouz.

A fatal US withdrawal

When, on 9 October 2019, US President Donald Trump suddenly announced that he wanted to withdraw from Syria, especially Northern-Syrian Kurdish areas, the third Turkish-led invasion into Kurdish territory began.

One of the most prominent victims of this assault was Hevrin Khalaf, leader of the Future Syria Party, who was brutally murdered by the Turkish-backed Ahrar al-Sharqiya forces.

With more than a thousand people killed, operation Peace Spring was the bloodiest Turkish advance to date into Kurdish territory in Syria. The invaded land-strip that penetrates less than thirty kilometres into the country is still under Turkish and SNA control, and thousands of refugees from this area remain stranded in IDP camps around the Hasakah region.

Recently, Turkish and SNA attacks on the city of Ain Issa south of Tel Abyad (Girespî) have intensified. Ain Issa connects the eastern Euphrates region of Kobani and Manbij with the rest of the AANES. The city is strategically important because it is on the M4 highway connecting all major cities in the north, which Turkey wanted to control back in 2019.

Ain Issa, moreover, has increasingly become a centre of AANES' administrational military structures. Tensions are serious, as the number of people fleeing the town suggests. The Syrian Observatory for Human Rights reports that at least 7,000 people sought refuge outside the city, and two civilians are reported to have been killed.

If attacks escalate into a fourth military campaign against Kurdish areas, another humanitarian catastrophe will unfold

If the attacks on Ain Issa escalate into a fourth military campaign against Kurdish areas, another humanitarian catastrophe will unfold. Much of the population is already displaced, many to camps such as those in Tel Rifaat and Hasakah, and lack humanitarian and political aid.

Seizing Ain Issa would also mean the isolation of Manbij and Kobani, major cities with large civilian populations. It would endanger civilians and the overall fight against IS, which continues, despite the ending of IS territorial control.

Turkey is acting unilaterally, without any apparent concern for the consequences. Not just in Kurdish areas in Syria but in Iraq, Armenia, Libya, and the Eastern Mediterranean. Turkey has, increasingly, become an unpredictable military power in the region, willing to endanger its successes against IS for the sake of pushing back on Kurdish autonomous structures.

The Kurds have taken a heavy toll in the fight against IS, and surely now it is time to establish Syrian-Kurdish official representation and recognition. Without it, the nascent democratic project, international cooperation against IS, and post-conflict reconstruction, will be impossible to maintain. 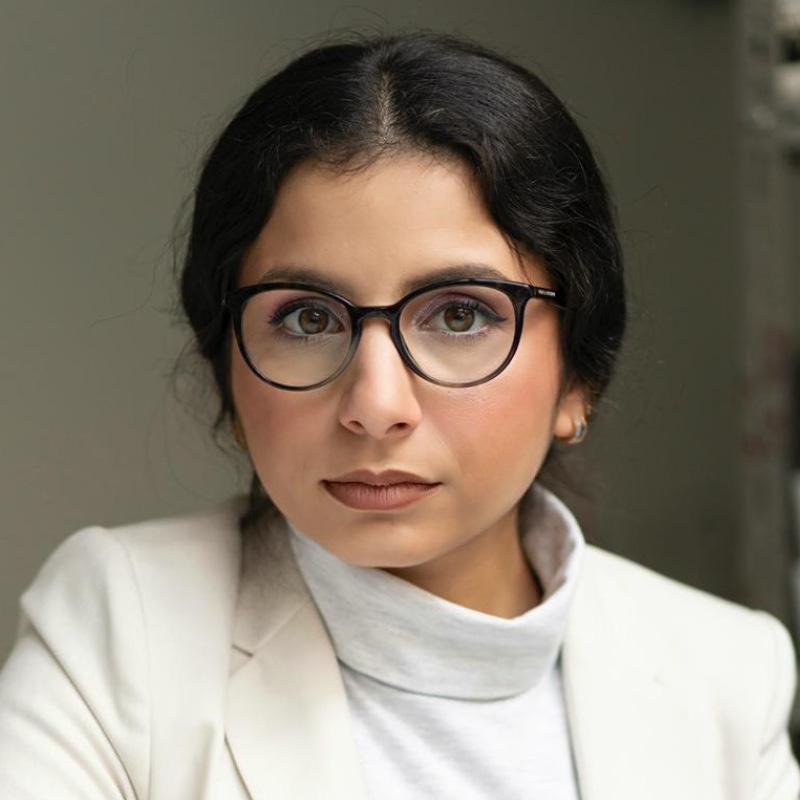 Dastan researches the political culture of Kurds in Iraq, Iran, Syria, and Turkey. She is also a conflict researcher for the Heidelberg Institute for International Conflict Research, focusing on the Kurdish conflict in Syria and the war against ISIS since 2017, and she has worked frequently in the region.