Russia cannot save the world with its Sputnik-V vaccine. So why is it pretending it can?

The scientific credibility of Russia’s Sputnik-V coronavirus vaccine has been seriously challenged. So why is Russia risking mass rollout? The answer, writes Domenico Valenza, lies in an international, biopolitical power-play presenting Russia as the actor that can bring order to a disordered world

Russia recently crowned itself uncontested winner in the Covid-19 vaccine race. On 11 August, President Putin announced that the country was the first in the world to license a vaccine against SARS-CoV-2. As proof of trust, Putin declared that his daughter had participated in the trial: 'This vaccine provides sustainable immunity. Antibodies emerge, just as they did in my daughter’s case.' On 2 December, Putin confirmed that mass vaccination would start before the year end.

To celebrate this breakthrough, the vaccine was named after Sputnik, the first Soviet-era satellite, and assigned a rocket-shaped 'P' logo evoking space travel (‘put’, meaning travel in Russian, is the root word of Sputnik).

The same grandiose narrative permeates the official Sputnik-V website. Echoing the 1957 satellite launch that 'reinvigorated space research and exploration', the vaccine has created a new 'Sputnik moment for the global community'.

Soon after the announcement, cautious scepticism and even overt disapproval arose in the scientific community. Leaving aside purely epidemiological assessments, why would Russia craft this narrative and bet so hazardously on a vaccine that, even in a best-case scenario, may not deliver what is being promised?

This is not about money…

To some, money is a possible answer. Commercial rewards are high in developing countries where Sputnik-V seeks to outplay its competitors. But for a country that pledged to restore its global influence, economic gains are only half the story.

For example, back in March the Russian health diplomacy campaign in Italy was not about money but enhancing Russia’s reputation for protecting its friends in trouble.

...or about creating anarchy

Epic times need epic villains. Some observers have been unable to resist framing Russia as the actor confusing even further an already chaotic situation.

But this convenient good-versus-evil narrative disregards the fact that Russia is not simply seeking anarchy, like a bad Marvel villain. Rather, the country uses its disciplinary (when not overtly coercive) power to fabricate an international order that suits its needs. Sputnik-V is a power instrument typical of the kind Russia has used over the past decade, which fits into this pattern.

How biopolitics shapes opposition between Russia and the West

Since Putin’s third presidency in 2012, much has been written on Russia’s conservative turn. Federal authorities have adopted an antagonistic discourse that portrays the West as a decadent civilisation threatening Russia’s survival.

Whereas Western countries rejected 'their roots, including the Christian values that constitute the basis of Western civilisation', Russia was articulated as a champion, safeguarding norms that regulate not only people's spirits, but also their bodies.

In his book The Return of the Russian Leviathan, Sergei Medvedev argues that Russian authorities used 'punitive hygiene' to clean up the social space, identify the ‘toxicity’ of Western body models and their derivations, and correct them by hegemonising the importance of a healthy lifestyle.

Biopolitical motives, then, have characterised Russia’s attempts to re-articulate the social and draw a cordon sanitaire through the binary opposition of ‘Russia vs the West’. In Foucault’s terms, biopolitics is defined as a technology of power that addresses policy areas related to the body, such as health, sexuality, and family. Life is no longer a private business but an object that politics has the duty to secure.

Russia and Putin as models of healthy corporality

Throughout the past decade, Russia has celebrated a new model of healthy corporality through programmes promoting physical training, and laws against alcohol and tobacco consumption.

Federal authorities have advanced new narratives of how a sane patriotic body should look. In Critical Biopolitics of the Post-Soviet: From Populations to Nations, Andrey Makarychev and Alexandra Yatsyk argue that biopolitical regulations have come to shape Russia’s national community and establish distinctions from other communities.

After removing his coat, Putin lowered himself into the icy lake in an act recalling the baptism of Christ

Beyond selected policy areas, these narratives have also been advanced through visual representation of the sovereign’s physical body, something intimately connected to the abstract body of the nation. Putin’s half-naked pictures at Lake Seliger in celebration of Orthodox Epiphany are an excellent case in point. After removing his coat, Putin lowered himself into the icy lake in an act recalling the baptism of Christ.

If, in ordinary times, biopolitics is already part and parcel of the authorities’ practices, in Covid times politics and medicine are even more closely intertwined.

Russia, a biopower par excellence, has been handed a spectacular opportunity to deploy its full biopolitical expertise. For an actor that has recently challenged the international order in so many ways, global uncertainty created by the pandemic empowers Russia to redefine its role in the global system.

The announcement of a vaccine against a virus with a devastating global impact – and the ensuing health diplomacy campaigns across the world – is an opportunity for Russia to earn trust as a provider of care and security.

From this perspective, Sputnik-V is a new chapter in Russia’s conservative-biopolitical playbook. The vaccine is proof of Russia's capacity to protect its own citizens, and the foreign populations willing to receive it.

A Russian vaccine promotes Russia as a defender against the ‘bare life’ of Covid times and the unproductive measures implemented by Western institutions. Whereas the West has failed again and again to protect its people, Russia has made it possible to imagine a post-Covid world.

Sputnik-V is not about making money or craving chaos. Amid the pandemic, Russia strives desperately to affirm itself as the actor that can reorder a disordered world.

This end justifies any means, including betting so hazardously on a vaccine that may fail to achieve the desired objectives.

The author would like to thank Jacob Powell who kindly reviewed the earlier version of this manuscript and provided valuable suggestions and comments. 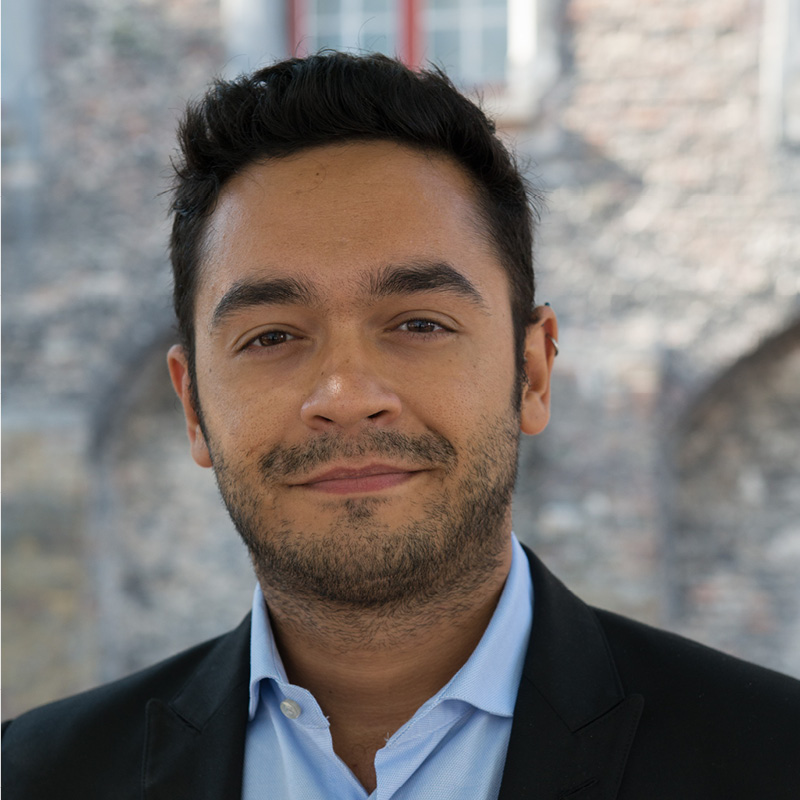 Domenico is a policy analyst in EU affairs and a researcher and lecturer in cultural policy and international cultural relations.

His areas of expertise include the EU’s external action, Russia’s foreign policy, cultural diplomacy and relations, and strategic communication.

Between 2016 and 2018 he worked at the College of Europe, Bruges, as a Senior Academic Assistant.

Russia cannot save the world with its Sputnik-V vaccine. So why is it pretending it can?