🦋 Recentring the demos in the measurement of democracy

Seema Shah argues for putting the lived experiences of historically marginalised communities at the centre of democracy measurement. By doing so, she says, we can meaningfully reshape our understanding of democracy as a practice

Rethinking how we measure and evaluate democratic performance is vital to reversing a longstanding negative trend in global democracy. We must confront the past, including democracy’s counter-intuitively intrinsic inequality. This is key to revitalising institutions in a way that allows democratic practice to live up to its potential.

Pros and cons of democracy measurement

In the global democracy assessment space, teams like the one I lead at International IDEA compete to provide the most rigorous, far-reaching and understandable set of democracy measurements in the world. Alexander Hudson explains how critical these indicators are, providing important benchmarks for democratic growth and decline to policymakers, governments, international organisations, and journalists.

Yet in so many ways, the core of what these datasets measure and help assess are largely the same. This redundancy is no doubt at least partially a product of wealthy donors’ prioritisation of liberal democracy as an ideal. It is compounded by how the measures are calculated. As Adam Przeworksi recently stated, reliance on expert coders runs the risk of measuring little other than those experts’ biases.

What we don’t measure

Democracy assessment indices do not typically measure ordinary people’s evaluations of the state of democracy. Instead, other specialised 'barometers' often take on this task. See, for example, Afrobarometer, Eurobarometer, Asian Barometer, and Latinobarometro. Surveys of public perceptions on a range of issues also exist, including, but not limited to democracy. The problem is, however, that these do not systematically make it into overall democracy assessments or onto policymakers’ desks. This means that policymakers and others do not consistently prioritise or consider lived experiences as they make decisions about democracy and human rights-related funding and interventions.

Arguably, though, those lived experiences are at the core of democracy. This idea is brought to life by Michael Hanchard’s recent post exploring the 'problem' of democracy. He sees it as 'a mode of political community with prospects, rather than guarantees of equality'. Similarly, Anna Drake explains how democracy's structures are fundamentally flawed, rooted in exclusionary conceptions of power that favour certain communities.

We can find a related argument in critiques of so-called neocolonial institutions. Take the postcolonial states of Kenya and the Democratic Republic of the Congo. Those countries' leaders, Jomo Kenyatta and Joseph Mobutu respectively, took power at, or soon after, independence. The institutions they inherited were designed and blessed by the former colonial rulers for their own continued benefit. Unless postcolonial states fundamentally redesign their institutions to reflect the needs of the people living in them, they cannot be expected to reflect or respond to those people's needs. They cannot be democratic.

How we are fooling ourselves

For democracy to live up to its promise, democracy assessment organisations must join other experts to dig deep into the reality of democratic practice. Nikole Hannah-Jones details the ways in which American democracy is foundationally rooted in systematic and violent inequality. Michael Hanchard reminds us that exclusion and inequality are part and parcel of the very origins of democratic models. Confronting this reality could be key to reversing the clear and steep decline of democracy around the world.

Contemporary indicators could help identify the roots of many of democracy’s ills, and generate innovative, responsive solutions

It could take generations to redesign democratic institutions, but the measurement of democracy could do a better job of revealing these fundamental flaws. Contemporary indicators that measure the world as it really is and that better reflect the most marginalised sectors of society could help identify the roots of many of democracy’s ills, and generate more innovative and responsive solutions.

Instead of measuring the strength of a legal framework for elections, for example, why not measure how far that framework aligns with people’s demands regarding electoral credibility? And when measuring how representative governments are, should we also evaluate citizens' options for choosing their leaders outside of elections?

To measure gender equality in politics, we generally count the number of women in parliament. Instead, why not measure the extent to which sexist attitudes have changed within and across societies?

To measure gender equality, we count the number of women in parliament. Instead, why not measure the degree to which sexist attitudes have changed?

What is the role of elements outside of traditional, liberal institutions? Should living things in the natural world, such as forests or rivers, have rights, too?

Is there a better way to measure universal suffrage than simply counting laws that guarantee the equal right to vote? Could indicators of universal suffrage that measure the extent to which certain groups (minorities, people with disabilities, women, and other communities pushed to the periphery of mainstream discourse) can actually exercise that right capture the situation better? And instead of measuring whether or not citizens’ assemblies exist, why not measure how representative they are, and who is leading them?

It is, of course, a costly, difficult and time-consuming process to find and use this kind of data. But it is surely time to start this hard work.

Changing the lens of measurement in these ways could reveal some uncomfortable truths about the profound gap between what democracy promises and what it actually delivers. But therein lies the beauty of democracy – its openness and capacity for self-correction provide hope that confronting those ugly truths will aid democracy’s reconstruction.

If we change what we measure, we have the power to change the story of democracy and to own it, shape it, and tell it collectively – and truthfully.

No.78 in a Loop thread on the science of democracy. Look out for the 🦋 to read more in our series 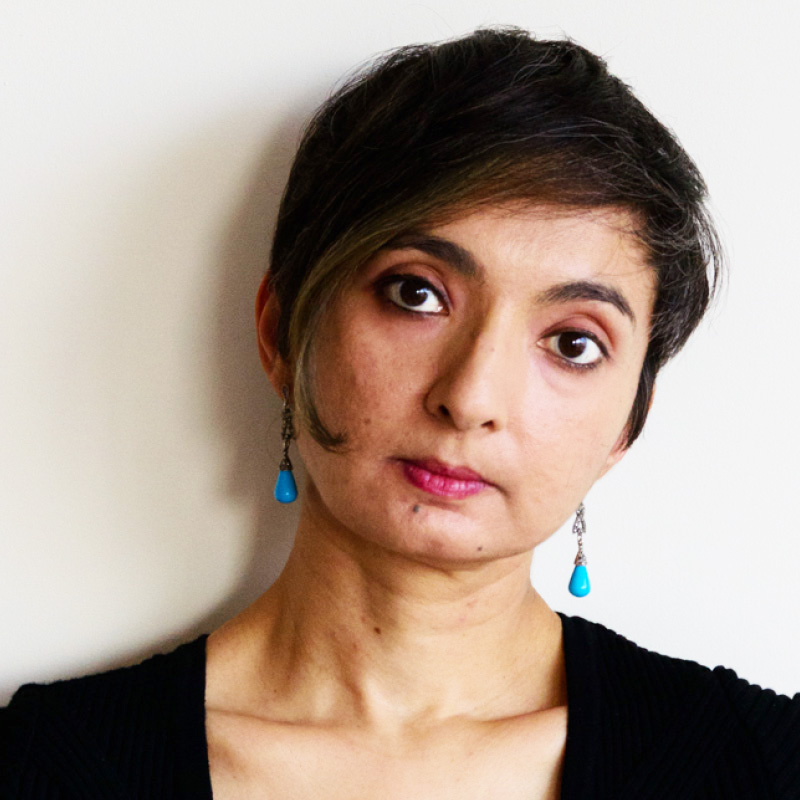 She previously served as the research and strategy lead for the International Rescue Committee's humanitarian innovation department in the Middle East region.

Prior experience also includes leading electoral integrity-related research and advocacy for a coalition of Kenyan civil society organizations in Nairobi.

As the Director of Research, she managed a team of data analysts in the development of evidence-based advocacy reports for national election reform campaigns and for Supreme Court cases challenging the credibility of the 2013 and 2017 Kenyan elections.

Seema has also worked on election violence, media development, campaign finance reform, human rights research and advocacy, and standard-setting for electoral integrity with civil society organizations in the DRC, Kenya, Sri Lanka, Zimbabwe and the United States, as well as with International IDEA in a previous capacity.

She holds a PhD in Political Science from UCLA and a MSt in International Human Rights Law from the University of Oxford.

Her research interests include democratisation in the developing world, electoral integrity, racism and discrimination, and economic, social and cultural rights.

🦋 Recentring the demos in the measurement of democracy