Former Commission President Juncker proclaimed that 'solidarity is the glue that keeps our Union together'. But behind this general claim, the concept of solidarity remains nebulous. A federal perspective, argues Aline Bartenstein, helps us to understand the features of solidarity between member states, and why the counter-principle of subsidiarity is necessary

The debate on European solidarity

The principle of solidarity is an inherent part of the history of the European Union. Over the past ten years, the EU has stumbled from one crisis to another while the solidarity deficit was continuously problematised. During the Covid-19 pandemic, solidarity (or the lack thereof) was the subject of much discussion. Think, for example, of when member states limited the export of personal protective equipment.

The concept of intergovernmental solidarity

My recent book argues that analysing how solidarity is implemented in EU law helps us understand the implications of intergovernmental solidarity. There is a difference between declarative solidarity, which is a purely political notion, and institutionalised solidarity, which occurs, for instance, in the form of redistributive or insurance mechanisms. Solidarity becomes institutionalised only when the features of group cohesion, reciprocity and self-responsibility are fulfilled.

Let us take a closer look at these features of solidarity. People often confuse solidarity with charity; some member states expect altruistic behaviour from other member states. Solidarity that comes with conditions is easy to rebuke, because people tend to interpret conditionality as a power game. But solidarity is based on a horizontal relationship, which makes it different to charity. The group members themselves set the standards of who deserves solidarity. Group members who fail to act responsibly – who are directly to blame for a situation or did not put in place the common standards – do not usually deserve solidarity, or only under certain conditions. Responsibility for one's actions is therefore crucial for the institutionalisation of solidarity.

Solidarity is an appealing value since it invokes a positive feeling of banding together to fight the unjust. Who doesn't want to be a musketeer proclaiming 'one for all and all for one'? Consequently, this form of group solidarity is exclusive. Group members recognise each other and share the right to demand and the obligation to provide solidarity, which is expressed by reciprocity. Reciprocity means that solidarity is not a one-way street. When member states are sure that other member states are reliable, mutual trust grows, which strengthens the solidarity relationship. But what makes EU member states stick together as a group?

The federal approach to solidarity

Observers often refer to identity as a source of national solidarity. But it has limited value in explaining the solidarity relationship between EU member states. A federal perspective provides us with a different perspective on the source of solidarity.

Federal states that invoke 'self-rule plus shared-rule' have in common that their constituent units share responsibility for each other, i.e. that the stronger units support the weaker ones. Constituent units must cooperate to resolve collective action problems. However, they share a bond based on common values or convictions, too.

We can also see these federal features in the EU. Member states agree to treaty obligations, and this agreement is reflected by the principle of 'communal fidelity'. All partners, for example, should be aware that a common bond unites them. The uniting bond of citizens and states within the EU is the adherence to common political and democratic values.

There are two dimensions of solidarity in federal systems. Federal solidarity concerns the vertical dimension of a political system. It underlines the importance of central and peripheral governments working together and supporting each other. In contrast, horizontal solidarity describes the relationship between co-equal governments. It implies the duty not to thwart each other, but to work together for the ultimate benefit of the federation. This understanding also implies the formation of a collective interest. However, critics question how much solidarity European Union members owe each other, and under which conditions horizontal solidarity manifests itself.

Subsidiarity as opposite principle to solidarity

The implementation of shared rule and thus strong solidarity commitments would be required in policy areas such as digitalisation and climate policy, where it is beneficial to provide public goods. But there would have to remain a large margin for self-determination at the national level, especially when interests diverge significantly, in order to stabilise the Union.

Consequently, member states need to review how they can strengthen both solidarity and subsidiarity to ensure better functioning of the EU. A debate about the distribution of responsibilities between the political levels is thus necessary. 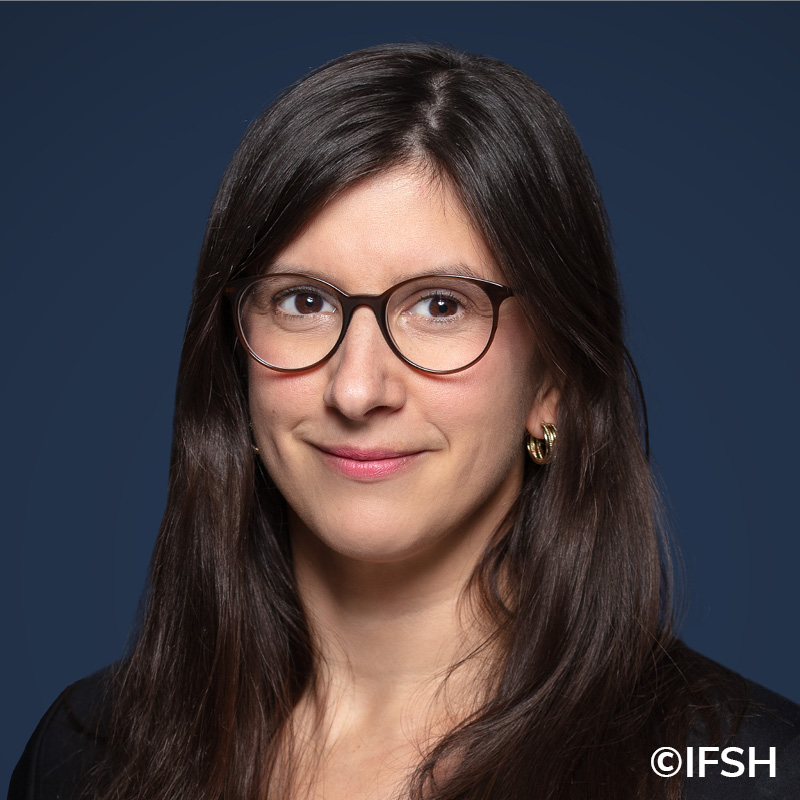 Aline Bartenstein
Researcher at the Institute for Peace Research and Security Policy, University of Hamburg

Aline received her PhD from the University of Cologne.

Since 2021, she has been part of the ZUSE project. The objective of this interdisciplinary research project is a more nuanced and differentiated understanding of security as a guiding concept of European solidarity and cohesion. 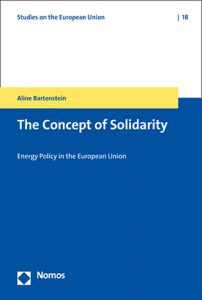 The Concept of Solidarity – Energy Policy in the European Union
Nomos, 2021