All Articles, British Politics, Democracy, Featured, Politics and the media

Did the BBC get its coverage of the Duke of Edinburgh's death right?

As coverage of Prince Phillip's death becomes the most complained about event in British television history, Ruairidh Brown argues that, despite its role as the UK’s national public broadcaster, the BBC must avoid normative attempts to dictate public sentiment

The British Broadcasting Corporation's wall-to-wall coverage of Prince Phillip’s death has resulted in dire ratings and record-breaking numbers of complaints.

Trying to understand the BBC’s motivation for such extensive coverage, commentators have pointed to an attempt to pre-empt rightwing criticism.

Helen Lewis argued that ‘annoying a lot of people who wanted to watch the Masterchef final is probably better for the BBC than annoying backbench Tory MPs who would then spend the whole weekend complaining about a lack of respect for the Royal Family and for Britain’.

Indeed, the Conservative Party recently accused BBC presenters of ‘sneering’ at British patriots and not displaying enough Union Flags on its official documentation. And this amid campaigns to defund the BBC on account of its ‘anti-British agenda’.

If this was the BBC’s motivation, however, it appears insufficient to neutralise further rightwing criticism. Certain viewers also complained that presenters were not dressed mournfully enough. Some even complained that by creating a dedicated complaint template form, the BBC had made it too easy to complain!

This online form was a particular bone of contention with the right. They labelled it a ‘disgraceful’ attempt to encourage complaints and to pander to ‘woke snowflakes’.

The BBC’s strategy, meanwhile, also appears to have angered commentators on the left. They deemed it ‘North Korean style coverage’, a ‘Soviet-style shutdown’ and evidence of the BBC’s servility to the establishment.

Another explanation, however, is that the BBC was not pandering to either left or right. Rather, it was endeavouring to rise above partisan politics and present itself as the ‘national broadcaster’.

BBC presenter Andrew Marr appeared to present such a stance. He commented that the extensive coverage was important for ‘generations who would turn to the BBC for… old fashioned, serious royal coverage at a moment like this.’

Director-general Tim Davie has also endeavoured to present the BBC as a public service, describing it as an ‘organisation for purpose’ not a ‘business for profit’.

Adopting this mantle of impartial national broadcaster, it might make sense for the BBC to provide extensive coverage and explanation of an ‘historic’ British moment.

In such a role, the BBC may also follow the Palace’s lead and offer coverage in step with the declared eight-day period of British national mourning.

The Prince’s death does have an established protocol, codenamed ‘Forth Bridge’. This includes instructions such as that newsreaders must wear black.

Considering this, singling out the BBC for its approach to the Prince’s death would appear unfair. As the national broadcaster, it is far more tied than private media distributors by obligations and protocols.

As the national broadcaster, the BBC is far more tied than private media distributors by obligations and protocols

The Prince’s period of mourning is less than the ten days for the Queen Mother in 2002 and the expected twelve days when the Queen passes. Despite this, some may feel it is still too long.

However, such concerns penetrate beyond criticism of the BBC to more fundamental questions about the monarchy's role in modern Britain.

The BBC should certainly be accountable for the nature of its content.

In particular, if the BBC wishes to be an impartial and informative public servant, it needs to be cautious about crossing the boundary between providing explanation and giving normative instruction: the difference between informing the public about a royal death and telling them how they should feel about it.

BBC programme Newsround, aimed at children aged 6–12, presented age-appropriate information on the event. This included an accessible explanation of ‘what happens when a royal dies’.

However, by also stressing that the Prince’s passing is not just ‘sad’ for his family but ‘for the country’ – and thus, for you – it ceases to explain the event and starts instructing children how they should think and feel about it.

The normative implications of such instruction can be troubling.

What if the child does not feel sad? Is the BBC telling them they should be? Is it implying there must be something wrong if they are not?

What if their parents are not sad? Does it mean they are being ‘un-British’?

Such efforts are, however, also likely to fail.

In contemporary China, for example, state media has been cultivating a sentiment of ‘sacrifice’ to encourage public unity during the pandemic. But when the media presses this sentiment too forcefully, it generates significant backlash. A good example is the ‘humiliating’ broadcasts of nurses ‘sacrificing’ their hair.

The BBC may seek to unite the British people through collective grief, just as the Chinese are doing through sacrifice. Nonetheless, the fact that China, despite its extensive censorship and media control, still encountered resentment when attempting to dictate its people's feelings, serves as a warning to the BBC of how fruitless and unwise such a strategy may be.

A lesson for the BBC

In the specific case of Prince Philip’s death, the BBC perhaps misjudged the public mood. In response, viewers and listeners punished the broadcaster in the ratings.

Nonetheless, as the ‘national broadcaster’, the BBC is also likely to have been moved by a sense of duty and protocol. A ‘purpose’, to use Davie's words, that transcends ratings and complaints, especially if the latter are viewed as ideologically partisan.

But the biggest lesson here for the BBC is that it must avoid overtly normative broadcasting.

Providing knowledge and impartial explanation about historic events does become its responsibility as national broadcaster.

It must not, however, assume the right to dictate normatively to the public how they should think and feel. 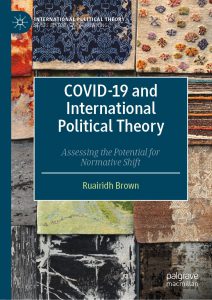 Did the BBC get its coverage of the Duke of Edinburgh's death right?

One comment on “Did the BBC get its coverage of the Duke of Edinburgh's death right?”