Hojjatollah Sadeqi reads Jean-Paul Gagnon’s 'definitions of democracy' project through Ludwig Wittgenstein’s philosophical methods. The result? Gagnon has, by necessity, placed us in a dark and complex city of 'democracy'. The only way to understand this city is to do all we can to describe it

The complex city of 'the democracies'

According to Wittgenstein, the method of searching for an answer to a question is what determines its answer. And, as Wittgenstein states in his Philosophical Investigations,

there is not a philosophical method, though there are indeed methods, like different therapies

In other words, many methods stand before us to answer a question, but each will be more or less suitable to the question at hand.

As concerns Gagnon, he presents a multitude of concepts related to 'democracy' which, upon review, invoke for me the image of a dark and complex city. He has cast us into necessary confusion. Necessary because his claim describes a reality we have thus far refused to take seriously. But it exists, and we have no choice but to confront it.

Wittgenstein refers, in his own work, to a complex city in which 'we' are 'strangers'. And one does feel 'the stranger' among so many unfamiliar (4,000+) conceptions of 'democracy', as we find in Gagnon’s collection. Is there anything we can do to understand this city?

Yes. According to Wittgenstein, the means for doing so is to map out the city of the democracies and figure out what each democracy in it signifies to the users of those very words. Crucially, 'assimilating the descriptions of the uses of words in this way cannot make the uses themselves any more like one another. For, as we see, they [can] be absolutely unlike'. Description, in this sense, resists reductionism. It is averse to the impulse of simplification gained, too often in contemporary democratic theory, through explanations and the normative desires of individual theorists.

As Wittgenstein saw it, philosophers are tempted to use explanatory sciences in their philosophical work. The scientific method seeks to reduce phenomena to explanations. Philosophy should, however, seek a non-reductionist – and therefore fully phenomenological – description. Hidden prejudices in every explanation, instead of clarifying the issue, risk distortion, darkness and error in understanding reality. A philosopher should, therefore, remain in the position of description and not succumb to the temptation of explanation.

It is possible to achieve a descriptive method by seeing closely and continuously, without distorting reality through explanation. As Wittgenstein instructs:

[a]ll explanation must disappear, and description alone must take its place

As far as Wittgenstein is concerned, everything about 'democracy' should remain as it is. To achieve a satisfactory solution to the philosopher's role in dispelling confusion over the question 'what is democracy?', the facts must first be gathered without being touched by explanation.

Gagnon, for example, has cast us into the city of the democracies. There are thousands of concepts of democracy in it, each of which has a place in it. Imagine them as shapes on a map. Some are bolder and more significant. Others are pale and unimportant. Sometimes, these spots are coloured differently and sometimes they are shaped differently, even ill-defined. The distance between them is evident, and we can describe the relationship between them.

But is it possible to join the shapes on the map? Is there a discernible pattern among them? It is likely that the map, or a more encompassing future iteration of it, represents democracy in its irrefutably variegated entirety. However, if we try to explain the shapes it displays, we are not committed to describing its total reality but rather we begin to distort it – to conceptually pork-barrel it to make it work for our own needs and desires.

Finding our way in the city through description

Scientific reductionist explanations offer misleading, and ineffective, methods to illuminate the city. If anything, they risk casting it into further darkness. However, the process of 'philosophical description' is not as straightforward as it appears. Wittgenstein asks us, for example, to consider different types of 'descriptions'.

There are many ways to describe what you see in response to the question, 'what is democracy?'

There are, in short, many ways to describe what you see in response to the question, 'what is democracy?'. As we consider Wittgenstein's point regarding description, let’s return to the city of the democracies. In considering the map of it we find that we can describe it. But is this description referring to the quality of the colour spread of shapes and their intensity and weakness – or to a description of the people presumed to be milling between the shapes on the map, filling its streets, possibly even just passing through the city with curious eyes?

Describing the city can, in the end, be done in different ways and for different reasons. Thus, it is a never ending and social process.

There is, therefore, something of which we should be acutely aware when we encounter a range of concepts and conceptions, like those of the democracies: each individual or collective approaching the map of the city that strives to depict them all will use their own methods to describe it. These individual descriptive approaches will allow us to develop the linguistic perspicacity required to achieve clear views of 'the democracies' that exist in our world and, following Wittgenstein's tradition, avoid explaining them.

No.73 in a Loop thread on the science of democracy. Look out for the 🦋 to read more in our series 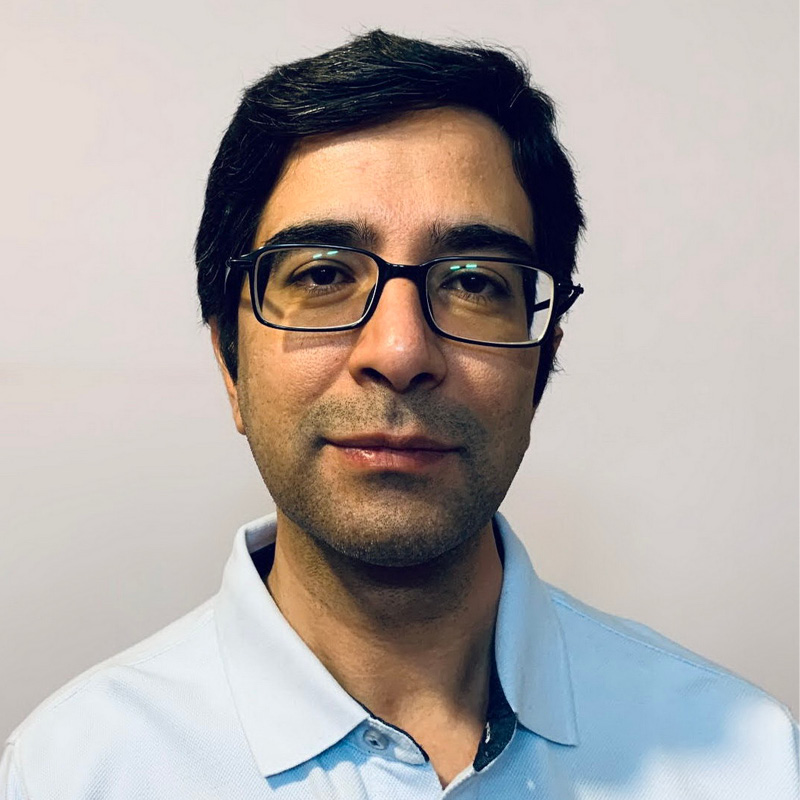 Hojjatollah has been teaching and researching at Yazd University's Faculty of Economics, Management and Accounting since March 2010, after gaining his doctorate in public administration (developmental and comparative issues).

He has supervised several master's and doctoral theses, and written extensively about the application of machine learning to governance, management, and finance.