Can Azerbaijan become a reliable gas supplier for Europe?

Russia's war in Ukraine poses a threat to European energy security, prompting the EU to search for new gas suppliers. One of these is Azerbaijan. Gubad Ibadoghlu explores the country’s gas transport and production capacity, and assesses its potential

According to the Memorandum of Understanding between the European Commission and Azerbaijan, the latter will double its current supply of 8.2 billion cubic metres (bcm) of natural gas to Europe in the period until 2027. This is a significant increase. But does Azerbaijan have the capacity to transport this increased volume – and what is the advantage to Azerbaijan of doing so?

Selling its gas to Europe is extremely lucrative for Azerbaijan, and diversifies its markets. For Europe, buying Azerbaijani gas reduces European dependence on Russian gas. It thus weakens Russia's influence on Azerbaijan.

Increasing gas supply to Europe using the current infrastructure is impossible. Existing pipelines must be extended. It is important, therefore, to understand how and when the routes through which Europe receives Azerbaijani gas became established. The three routes are the South Caucasus (also known as the Baku-Tbilisi-Erzurum or BTE) pipeline, the Trans-Anatolian (TANAP) pipeline, and the Trans-Adriatic (TAP) pipeline.

Azerbaijani gas goes first to Turkey. The BTE pipeline, commissioned in 2007, transports gas to the eastern part of Turkey through Georgia. Since 2018, the TANAP project, a continuation of the BTE pipeline, has also operated in Turkey. Gas exports now reach Europe through the TAP, a continuation of TANAP. Azerbaijan's gas exports to Europe began in December 2020 after TAP entered operation.

Azerbaijan's current low transmission capacity means it would be profitable for the country to invest in new pump-compressors. But this may be hampered by a lack of gas reserves.

Current levels of gas production in Azerbaijan cannot meet Europe's increased annual need of around 18bcm. Last year, Azerbaijan exported approximately 19bcm of natural gas; 8.2bcm to Europe. This year, its exports will exceed 22bcm, of which 11.5bcm will go to European consumers. But Azerbaijan’s domestic gas consumption is going up. According to the state energy company SOCAR, consumption grew 3% in the second quarter to 2.2bcm from a year earlier.

It is therefore essential that Azerbaijan develops and operates new fields alongside its current main gas field, Shah-Deniz. There are several prospects: Shafaq-Asiman, Umid-Babek, Absheron, and Azeri-Chirag-Guneshli deep water formations. Natural gas is also produced from the production-sharing agreement of the Azeri and Chirag fields, and the deep-water portion of Gunashli field.

According to exploration data, however, Absheron field reserves are not as high as hoped. At Shafaq-Asiman, exploration work has not yet yielded positive results, so it is too early to say. Geologists and technologists must begin exploration and increase production at Umid-Babek, but they face technical challenges.

There is an alternative to Azerbaijan increasing its own gas production: buying gas from Russia and Turkmenistan for its domestic needs, and then selling Azerbaijani gas to Europe. In 1983, the Mozdok (Russia)-Gazimammad (Azerbaijan) pipeline came on stream, with an annual output capacity of 10bcm. In theory, it could again bring Russian gas to Azerbaijan. But this Soviet-era pipeline has been out of use for some time, and could not operate on full power at short notice. At best, in the short term, it could muster 50% of its maximum operating capacity.

This option is, of course, undesirable. If Azerbaijan buys its gas from Russia, Russia effectively escapes EU sanctions.

The most efficient way to bring gas from Turkmenistan to Azerbaijan is through Iran. Two gas pipelines exist between Turkmenistan and Iran, with a total output capacity of 16bcm per year. However, one of those pipes has been out of action for five years, and we cannot yet know whether it is in full working order.

The Soviet-era Astara (Iran)-Hajigabul (Azerbaijan) pipeline was built in 1965. It has been in operation since 2005, but its annual capacity is only 1bcm. Modernising this pipeline's compressor station could increase its annual output by up to 50%. But the existing infrastructure on both lines cannot transfer enough gas to meet Azerbaijan's current needs.

To increase gas supply to Europe, therefore, Azerbaijan must invest heavily to improve its infrastructure. There is, at present, limited scope to buy gas from abroad to meet domestic demand. With its existing infrastructure, Azerbaijan can buy about 6bcm of gas per year – 5bcm from Russia, and 1bcm from Iran. But current sanctions may make it impossible to buy gas from Russia, in any case.

Direct purchase of gas from Turkmenistan through a Trans-Caspian Gas Pipeline is not yet feasible. Constructing such a pipeline would require time, and significant investment.

There are key political decisions to make, after which investors and banks will need to finance an increase in the capacity of gas pipelines and the exploration of a new gas field. If they do not, Azerbaijan will fail to reach its target of becoming a reliable gas supplier to Europe by 2027. 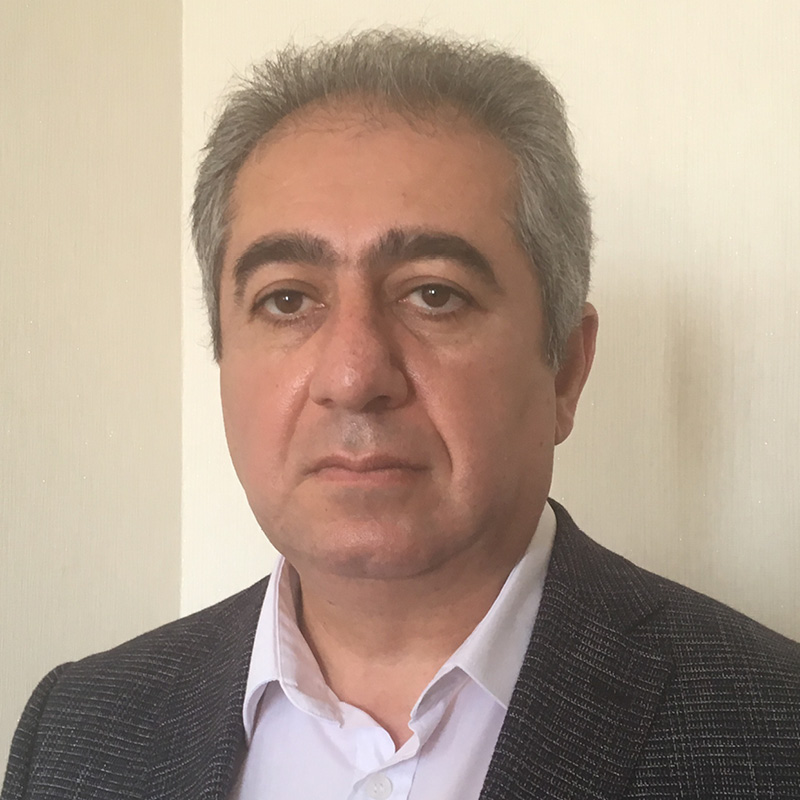 Gubad holds a PhD in economics from Azerbaijan State University of Economics.

His research interest focuses on the economic, social, and political implications of oil and gas revenue management, with specific attention to the oil-gas revenue revenues fuelled by corruption in Azerbaijan and energy security.

He is currently researching kleptocracy and grand corruption in the resource-rich economy, which is heavily dependent on oil and gas revenues, and authoritarian governments' responses to these challenges.

Can Azerbaijan become a reliable gas supplier for Europe?