'Women are not interested, nor are the voters'. The lack of female politicians on the eve of the Czech parliamentary election

According to the European Gender Equality Index, the Czech Republic is among the EU countries furthest behind average for gender equality. The list of countries measured by the Index includes former communist bloc members Hungary and Romania.

The Czech Republic lags behind average in all gender equality categories. Yet it is in the category of ‘power’ – political, economic and social – that the gap is most pronounced. Czech women remain conspicuously absent from most seats of power, in business, social (media and research), public administration and politics.

Czech women remain conspicuously absent from most seats of power

The question of democracy

The Index suggests that underrepresentation is even more significant in other areas of public life. But we should frame the gap in politics differently. Unlike other sectors, such as business, the political representation gap has consequences beyond the careers of individual women. A real democratic deficit exists when women, more than a hundred years after gaining suffrage, remain absent at the highest political levels. Theories of participatory and representative democracy teach us that much.

This democratic deficit argument applies not only in generic but also in specific terms. The Czech Republic hasn't achieved the so-called Barcelona objectives. Subsidised childcare is available only sparsely, especially for children under three. Attempts to achieve legislative change since 2018 have been thwarted by (mostly male) politicians. There has been much recent discussion about changes in routine childbirth processes, to make them less medical and more mother-led. These, too, were almost exclusively male-led, and medically orientated.

Unlike other sectors, such as business, the political representation gap has consequences beyond the careers of individual women

The Czech Covid crisis response has also received public criticism for being gender insensitive. Schools in the Czech Republic remained closed longer than in any other European country. Most mothers had no choice but to stay at home with their children. And school closure didn't simply increase the stress on mothers; it often ended up damaging their careers. The effectiveness of school closure policy has since been called into question.

Discussions about post-crisis recovery were led originally by an all-male panel of politicians, experts and business representatives. This panel was wholly unrepresentative of industries that employ mostly female workers, including tourism, catering, healthcare and social services. The government reaction to this criticism was effectively zero.

Where are all the women?

Public attitudes, however, are changing. According to Gender Equality Strategy findings, 83% of people agree that efforts to achieve gender equality in society are important. And 57% of the public thinks that Czech politics has not achieved gender equality.

Yet, neither public opinion nor gender equality findings can influence the mechanisms political parties use to select candidates, and form ballots. This year’s parliamentary election takes place from 8–9 October. There will be a greater proportion of female candidates than in any previous election in the country's history. Yet, the proportion of women still stands at only 31.7%. What's more, few women sit near the top of candidate lists. This means they are less likely to get elected.

83% of people agree that efforts to achieve gender equality in society are important. And 57% of the public thinks that Czech politics has not achieved gender equality

Political parties have met these ‘masculinised’ ballots largely with a refusal to acknowledge anything wrong on their part. They argue that the process is democratic, and fair. Everybody who wants to take part in the primaries is allowed to do so, therefore everyone has an equal opportunity.

The situation has prompted reflection on the social barriers to higher female participation. These barriers include gender stereotypes, and problems establishing work-life balance for young mothers. However, blame is pinned most commonly on the female politicians themselves. The argument tends to be that if voters wanted more women in politics, they would have voted for them. Most parties ruled out legislative (or even internal) quotas before a serious debate about them even started. This leaves the Greens as the only Czech party with internal gender quotas.

The Czech electoral system differs for differently elected bodies. In the Chamber of Deputies, for example, voters exercise very little influence over which individual actually wins the seat. Ballots form on a regional principle, with a small number of seats guaranteed to each region. Depending on the results, names at the top of the ballot gain the mandate. That's unless preferential voting succeeds in reshuffling the order.

Grassroots initiative Zakroužkuj ženu (Circle a woman) argues that if Czech voters want more female MPs, they must use their preferential votes. Each voter has four such preferential votes. They cast them by circling the number beside a candidate's name when voting for the party ballot. A candidate needs preferential votes from at least 5% of party voters in their region to rise to the top of the regional ballot. This in turn makes them more likely to win a seat in Parliament.

If voters do not use the preferential voting instrument appropriately, the resulting Chamber of Deputies may end up even more masculinised than four years ago. Yet, hopes of significant change to the Czech political map are not particularly high, and there is little reason for optimism. Younger voters in particular feel trapped behind the Iron Curtain of the previous century. 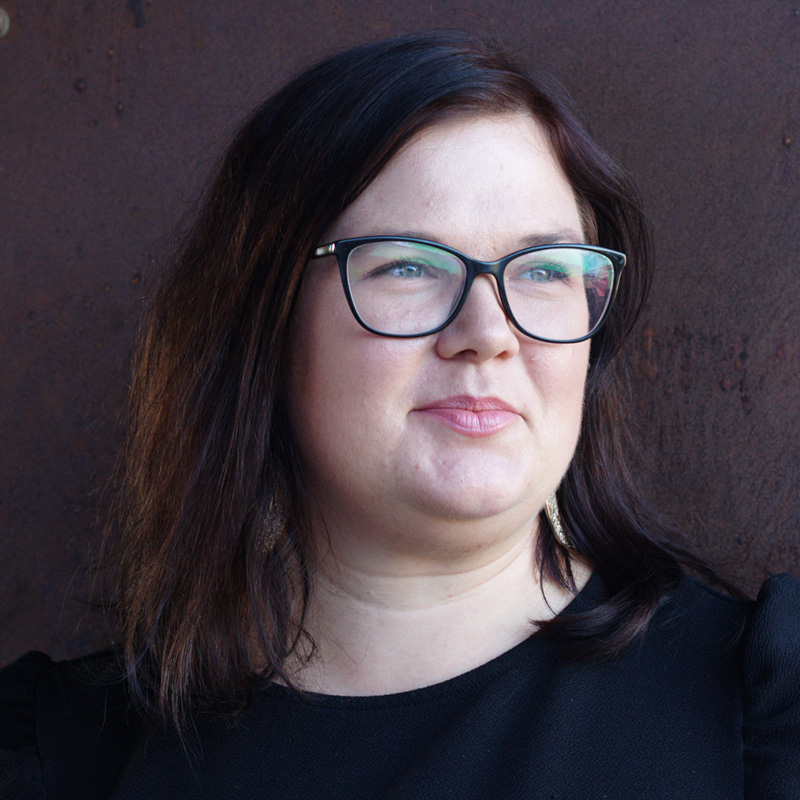 Šárka got her law degree at Charles University in Prague in 2007, and after a decade in public service started working as a trade union lawyer.

Besides labour and public service law, her main interests are gender and sociological studies of the job market and workplace, and the future of work after the fourth industrial revolution.

Her opinions and analyses on these issues are often published by Czech media, online and in print.

Šárka is currently studying for her second master's degree at Charles University in Prague, this time in gender studies.

'Women are not interested, nor are the voters'. The lack of female politicians on the eve of the Czech parliamentary election