Voting for the 'lesser evil': the Peruvian Presidential election

On 6 June a second round of presidential elections takes place in Peru. The electorate, writes Lucía Dammert, appears to be presented with a choice of 'the lesser of two evils'. This is not a novel situation in Peru, yet the 2021 election in particular looks likely to deepen Peru's political malaise and weaken its democratic governance yet further

In the middle of a worldwide pandemic and experiencing one of the highest per-capita Covid-19 death rates in the world, Peru is in the process of electing a new President. Peru's presidential elections are based on a two-round system. The first took place on 11 April and was contested by 18 candidates.

No candidate received more than 50% of the vote, so a second round will be held on 6 June between the first two candidates. These are Pedro Castillo of the left-wing Perú Libre or Free Peru, who received 19% of the vote, and Keiko Fujimori of the right-wing Fuerza Popular or Popular Force who lost in the runoffs in both the 2016 and 2011 elections, and who secured 13% of the vote.

While the pandemic triggered a crisis estimated to have set the country back two decades in economic and social indicators, Peruvian politics is in no better shape. This is best symbolised in the tawdry record of seven Presidents over the past three decades: all either accused, indicted, arrested or jailed for corruption.

In the first round of the election, around 30% of voters chose to abstain – either out of fear of coronavirus infection or dissatisfaction with the political choices on offer.

So what are the choices for the Peruvian people on 6 June?

Castillo rallied support during the four weeks prior to the election. Data from 18 April shows that this trend could continue.

A teachers’ union leader who lives in the northern Peruvian Andes, Castillo has multiple links to radical leftist groups. His message is simple but direct: 'no more poor people in a rich country'.

Pedro Castillo's message is simple but direct: 'no more poor people in a rich country'

Castillo so far has run a traditional campaign, visiting small Andean towns and cities with a manifesto offering increased state presence. He has proposed the nationalisation of natural resources, constitutional reform, and limiting the power of the elite, while recognising the needs of the poor.

Castillo does not just analyse poverty; he actually lives it. He does not comply with mass media requests, but challenges journalists and broadcasters to visit his home which is ten hours' drive from the nearest airport. He does not shy away from a hard-left, anti-system narrative and policies.

Keiko Fujimori is the daughter of former Peruvian President Alberto Fujimori, who was in power 1990–2000. She participated in two previous runoff presidential elections, in 2011 and 2016. In both cases, a rejection of her father's legacy, links to corruption, and human rights violations thwarted her electoral success.

At the heart of Fujimori's latest campaign has been an 'iron fist' zero-tolerance approach to crime. The irony is that she herself served 16 months' pre-trial detention on charges of corruption. Fujimori is currently out on bail because she fears contracting Covid-19 in prison.

Fujimori's core electorate are right-wing urbanites. In a recent news conference, she claimed the runoff vote will be a struggle between communism and anti-communism. To Fujimori, fear is a strategic tool. Her speeches invoke fear of violence, of nationalisation, and an end to the neoliberal model that has benefited economic elites.

Hers is a cruder discourse than the Peruzuela (Peru becoming Venezuela) concept developed by other candidates. This idea plays on fears of the perceived dangers of the Latin American left. Fujimori's fear-based rhetoric does, however, secure her important electoral benefits.

It is of limited use to examine Peruvian politics in simple left-right terms. Instead, many layers overlap.

First, there is an urban-rural divide. This is caused by the state having effectively abandoned rural areas, in which 40% of families live in extreme poverty. Six in ten rural children are anaemic and need iron supplements.

Second, there are fundamental differences over the perceived role of the state. Some prefer limited state intervention; others see greater state intervention as essential, especially in the exploitation of natural resources.

Third, many voters see themselves as remote from the centres of power, and therefore view distance from the political establishment as crucial. Politics is regarded by many as an individual endeavour, practiced and experienced largely in urban areas, with pernicious links to economic elites.

Finally, racism and classism are every present in political debates and have become clear-cut themes in the election campaign.

Despite the polarisation, the campaigns of Castillo and Fujimori have similarities in that both have a propensity for negativity. They also project an ultra-conservative agenda that disavows gender equity and the rights of sexual minorities, and propose tough policies on migration.

Fujimori is accused of money laundering, involvement in criminal organisations, and obstructing justice. She plans to grant a presidential pardon to her father Alberto, who is serving time for corruption and human rights violations.

But the #antifujimori movement goes much further than mere criticism of the Fujimori legacy. Keiko Fujimori has evident links with corruption and with political initiatives that have eroded democratic institutions. She has limited interest in developing policies to deal with Peru's monumental social and economic challenges.

The #antiterruco campaign, on the other hand, encompasses multiple elements. These include fear of violence harking back to the terrorist group Sendero Luminoso (Shining Path), active during the 1990s. But terruco is also a pejorative term for all left-wing policy proposals dismissed by mainstream media and right-wing politicians.

More recently, a political movement linked to Shining Path ideology has gained traction in several parts of Peru. The movement is alleged to have links with Pedro Castillo and his allies. All have denied this connection.

The scenario for the June runoff vote looks pretty open.

In her manifesto, Fujimori has failed to propose measures to fight the pandemic and the subsequent economic crisis. Nor has she proposed structural changes to tackle inequality in a deeply unequal country. Yet she is the candidate most likely to win this election.

The defeated candidates from the first round can, of course, advise their voters how to vote in the final ballot. But there's no guarantee voters will follow the guidance. Nevertheless, since defeated right-wing candidates comprise roughly a quarter of the vote in the first ballot, simple arithmetic suggests that Fujimori has the upper hand, even if a win cannot be guaranteed.

the social, political and economic crisis has deepened, consolidating tensions that could hasten political deterioration

Nothing in Peruvian politics is simple. A misstep by Fujimori could provoke discontent in a population tired of political mistreatment and desperate to make its voice heard. Castillo would exploit this to win votes.

For two decades, Peruvians have resigned themselves to voting for the 'lesser evil'. The 2021 election is no exception. The social, political and economic crisis has worsened, consolidating tensions that could deepen the political malaise – and limit democratic governance yet further. 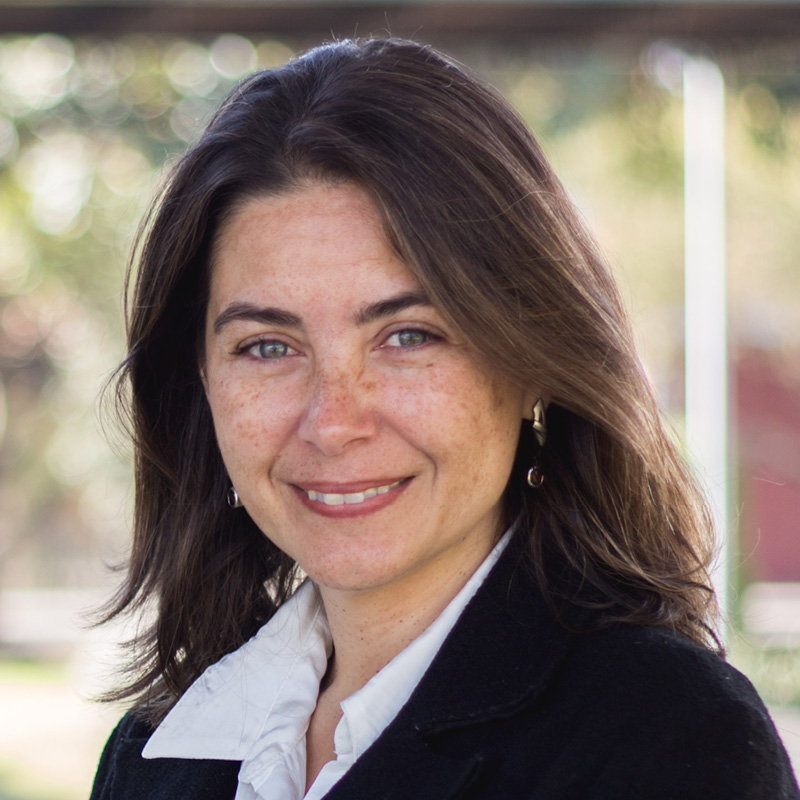 She holds a Master's degree in Urban and Regional Planning and a PhD in Political Science.

Lucía is the author of several books, and has contributed articles to magazines in Chile and elsewhere. She has taught classes and led conference seminars on subjects related to strategic security, public policy, and criminal justice.

Voting for the 'lesser evil': the Peruvian Presidential election