An ‘orientalist vision’ is the key factor uniting the policies of a populist politician and the activities of a radicalised militant, argues Baris Cayli Messina

On 25 September 2020, France woke up to the ugly news that a knife attack had injured two people near the headquarters of French satirical magazine Charlie Hebdo. The police opened an anti-terror probe.

Radicalised militants target not only state organisations' cultural authorities, but also their civilians. Dehumanised in the eyes of the militants, civilians become targets on whom to manifest their anger, and satisfy their demands.

As I discuss in my book, Violence and Militants, cultural violence is rationalised through dehumanisation of an enemy whose cultural values pose serious existential risks to another group.

The process of dehumanising the antagonist starts with strong sentimental confrontation, in which hatred plays a crucial role. Divisions between different groups are created, and the antagonist branded inferior.

hatred plays a crucial role in dehumanising the antagonist

This vision is also one of the core pillars of orientalism or the ‘orientialist vision'. By this, I mean categorising a place or group of people through imaginations, limited knowledge, and distortion of facts, and assigning them an inferior position in a hierarchical structure.

The orientalist vision fosters a number of top-down policies to justify the actions of a powerful authority. One example is colonial powers, which have exploited the resources of invaded countries, marginalised native people, and implemented oppressive and unjust policies. The orientalist vision also enables radical and violent groups to frame their ideologies and vindicate their use of force.

Similarly, a number of populist politicians in Europe and the USA embrace an orientalist vision. They present an entire community to their local audience by making generalisations and superficial claims.

The myth of 'superior' Western values

On 3 June 2017, Londoners bore witness to an attack by Isis. The next morning, Prime Minister Theresa May claimed: 'People who are drawn to Islamic extremism must be persuaded that Western values are superior.' The image of a fanatical Muslim warrior was presented as a threat to Western civilisation itself. May's orientalist approach creates divisions between so-called 'Western' and 'Eastern' values.

The generalisation in May’s statement and her attempt to present 'Western civilisation' as superior, however, can have the unintended effect of supporting the recruitment propaganda of radical groups.

Presenting an effective hierarchy of civilisations and categorising people's values according to their geographical position constitutes a rejection of humanity's shared values.

The rise of radicalism

Political and religious concerns motivate Isis militants and rationalise their use of violence. These concerns are shaped by the historical legacy of colonial powers and their socioeconomic and political dominance.

The invasion of Afghanistan in 2001 and Iraq in 2003, the violation of fundamental human rights by the invading forces, and the death of hundreds of thousands of people enraged militant jihadists, who exploited these events as a recruiting tool. Using cultural stereotyping to foment divisions, they dehumanise the antagonists, and degrade the enemy’s cultural values.

Far-right terrorism, nationalism, and the discourse of marginalisation

We find a similar radicalisation narrative when we compare the activities and speeches of far-right terrorist groups, and the policies of populist politicians, in Europe, Australia, and the USA. Their principal motives are based on the supposed superiority of one group over another.

Anders Behring Breivik never repented his 2011 killing of 77 people in a Worker’s Youth League summer camp in Norway. Breivik was motivated by a far-right ideology and xenophobic worldview coupled with Islamophobic conspiracy theory and 'Euroabia' − the Arabisation of Europe by immigrants from North Africa and the Middle East.

A comparable motivation incited the Christchurch mosque shootings of March 2019, which resulted in 51 deaths. Perpetrator Brenton Harrison Tarrant declared in his manifesto that he was inspired by the Breivik attack. Tarrant had a similarly orientalist vision, categorising people into 'we' and 'them'. His claim of the superiority of a particular group appeared to be his main motivating factor.

Donald Trump’s travel ban in 2017 suspended immigration from seven countries in the Middle East and Africa, and brought an end to the Syrian refugee programme. Trump justified the ban by arguing that the banned countries and their citizens posed a serious threat to US public security. This perception shows how an orientalist vision can govern the policy-making process.

When such divisions enter the mainstream, they have significant consequences for our everyday lives. Populist politicians aim to reap the benefits by adopting and exploiting the orientalist vision.

How the orientalist vision divides us

The orientalist vision empowers different groups who sit around a similar table. A militant jihadist, a far-right nationalist, and a populist politician are all united in their unrelentingly divisive outlook.

This strange unification under the umbrella of ‘otherisation’ demonstrates the divisive power of hatred. The actions of those with an orientalist vision steal our opportunities, and threaten us with policies that have a detrimental effect on our everyday lives.

The orientalist vision has treacherous powers. We should all beware its dangers. 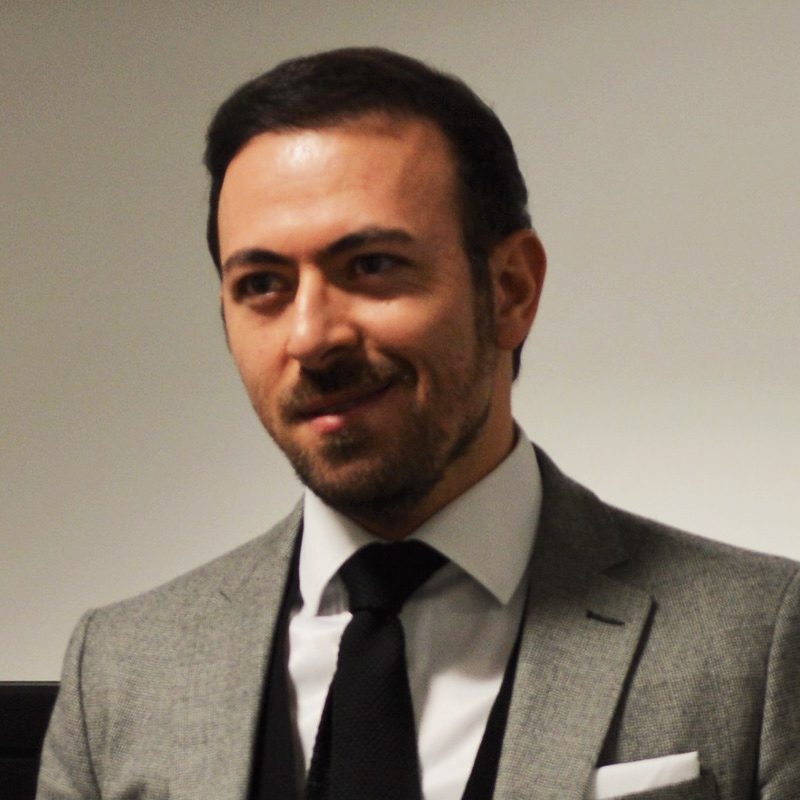