On 5 November, Hashim Thaçi, the President of Kosovo, resigned. Along with three other high-ranking politicians, he got ready to fly to the Hague on the issuing of war crime indictments by the Kosovo Specialist Chambers (KSC).

It was an event that highlighted the continuing existence and mandate of the Chambers. But it also raises many questions over the role of the international community in Kosovo before and after the 1999 war, and during the 2008 declaration of independence of Kosovo, because many of the indicted were key interlocutors of the Western supporters of Kosovo.

Thaçi, the main interlocutor with the West since 1998, and a leading figure of key processes, including the dialogue with Serbia, was most likely hoping that he would not be indicted.

Most people assumed that the Chambers’ main raison d’être would be the advancement of universal jurisdiction and transitional justice. This would contribute directly towards the consolidation of Kosovo’s European outlook, and to mutual understanding and reconciliation between Kosovo and Serbia. Yet both aims have come to be viewed with scepticism in Kosovo, primarily because the Chambers is an externally driven organisation tasked with resolving issues that locals themselves, apparently, cannot solve.

An externally led tribunal funded by the EU

The KSC is an unusual hybrid tribunal operating under Kosovo Law but run solely by non-Kosovars who are selected by the EU High Representative for Foreign and Security Policy in a closed and non-transparent manner. The specific mandate of the KSC is jurisdiction over crimes against humanity, war crimes and other crimes committed in Kosovo between 1 January 1998 and 31 December 2000.

indictments stipulate ten counts of crimes against humanity as well as war crimes, including murder, enforced disappearances, persecution, and torture

Driven primarily by the US with the backing of the EU, the founding of the Chambers followed a 2011 Council of Europe report (also known as the Marty report) alleging that Thaçi and others were involved in crimes. The indictments so far stipulate ten counts of crimes against humanity as well as war crimes, including murder, enforced disappearances, persecution, and torture. The now ex-president is also accused in terms of his leadership role in the committing of these crimes.

The European Union mission in Kosovo welcomed Thaçi’s resignation and the cooperation that he and the others displayed towards the court. In a statement they emphasised the strong support for the KSC as an integral part of Kosovo’s Rule of Law system ‘and will continue to do so until the Chambers' mission, which Kosovo has also committed to, is fulfilled.’

The KSC was established in August 2015 by the Kosovo Parliament after a robust international campaign to convince the government of Kosovo of its worth. Thaçi was instrumental in convincing Parliament to vote for the establishment of the Chambers despite fierce opposition from ex-Prime Minister Albin Kurti’s party.

many Kosovars see the court as divisive and unfair, especially in view of the fact that more than 95 per cent of the crimes during the war in Kosovo were committed systematically by the Serbian military and paramilitary forces against ethnic Albanians

Kosovo’s public institutions and most of its leaders have cooperated with the KSC since its inception. But many Kosovars see the court as divisive and unfair, especially in view of the fact that more than 95 per cent of the crimes during the war in Kosovo were committed systematically by the Serbian military and paramilitary forces against ethnic Albanians.

To date, the number of those accused of war crimes by the International Criminal Tribunal for the former Yugoslavia (ICTY) is disproportionate to the scale and scope of crimes committed. Even worse, many of the perpetrators accused of war crimes hid for years, in particular in Serbia with the help of Serbian security institutions. This contrasts starkly with Kosovan leaders who have always been cooperative with the ICTY and KSC – on the basis, they say, that they believe in judicial proceedings and their innocence.

Currently in Kosovo there are more than 1,600 persons still missing. Kosovars have demanded that the issue of missing persons is high on the EU-facilitated negotiation agenda between Kosovo and Serbia.

Serbian authorities, on the other hand, have continuously refused to open the state archives and initiate proper prosecution of crimes committed during the wars in ex-Yugoslavia. Moreover, the derogatory language used by Serbian state Ministers, and threats issued on TV by the current Speaker of the Serbian Parliament to Serbs who provide information on the whereabouts of mass graves of Kosovar Albanians, is testament to the fact that they have few regrets about their past criminal behaviour.

Meanwhile, the EU and the rest of the international community are failing to hold Serbians accountable for crimes against humanity. This directly contradicts the aims of the KSC, and the overall advancement of transitional justice and reconciliation in the region.

For the EU to regain legitimacy in Kosovo, visa liberalisation is key

Kosovo is at its weakest point since 1999, internally and externally. The current government lacks basic legitimacy, and it cannot possibly carry the trust and hopes of Kosovars into negotiations with Serbia. Trust in the EU has eroded drastically in recent years. Equally, while Kosovo believes it has delivered on the numerous requests made of it, feedback from the EU has been lukewarm.

The current Kosovan government lacks basic legitimacy, and it cannot possibly carry the trust and hopes of Kosovars into negotiations with Serbia

Kosovo is the only country in the Western Balkans without visa-free travel. Five EU member states still do not recognise Kosovo’s statehood. As a consequence, the EU has adopted a neutral stance towards Kosovo, which is proving a real impediment to the consolidation of Kosovo’s European outlook, and a serious obstacle in the negotiation process with Serbia. Meanwhile, Serbia is a candidate for EU accession.

For the EU to gain trust and legitimacy in Kosovo it is high time for visa liberalisation to be granted, and for Kosovo and Serbia to be treated equally in their future European outlooks.

EU-led processes in Kosovo have long lost their charm, and the lack of consistency and trust in them have hampered the EU’s ability to mobilise the process of enlargement for all.

If the KSC, backed by the EU and the US, fails to deliver on the principles of equality and justice, it will defeat its own aim of promoting peace, democracy, equality and inclusion for all. 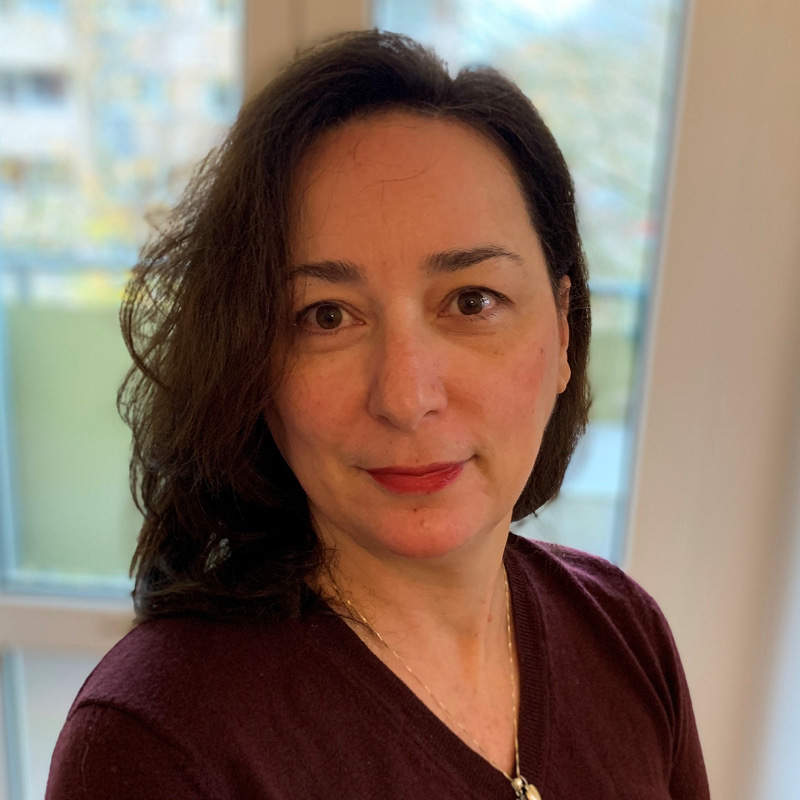 Engjellushe has more than 18 years’ experience of research on, and fieldwork in, the Western Balkans, Euro-Atlantic integration, peacebuilding and conflict transformation, violent extremism, and dialogue and mediation.

Prior to joining ECFR, she developed and led collaborative research projects on violent extremism and managed other initiatives such as a 1.5 track dialogue in North Macedonia. During the high-level negotiations over Kosovo’s political status led by President Marti Ahtisaari, she served as an expert and consultant in the Cultural Heritage group within the Unity Team (2005–2007). Her work focused on the protection of Cultural and Religious Heritage in Kosovo. She co-founded and ran the Pristina Council on Foreign Relations, was the executive director of Kosovar Stability Initiative and worked for the US Embassy in Pristina.

Engjellushe has also conducted fieldwork in Egypt, Italy, the United Kingdom, Ukraine, and Kyrgyzstan. She holds degrees from University College London (Institute of Archaeology), Oxford University (Somerville College), and the Hertie School of Governance in Berlin.